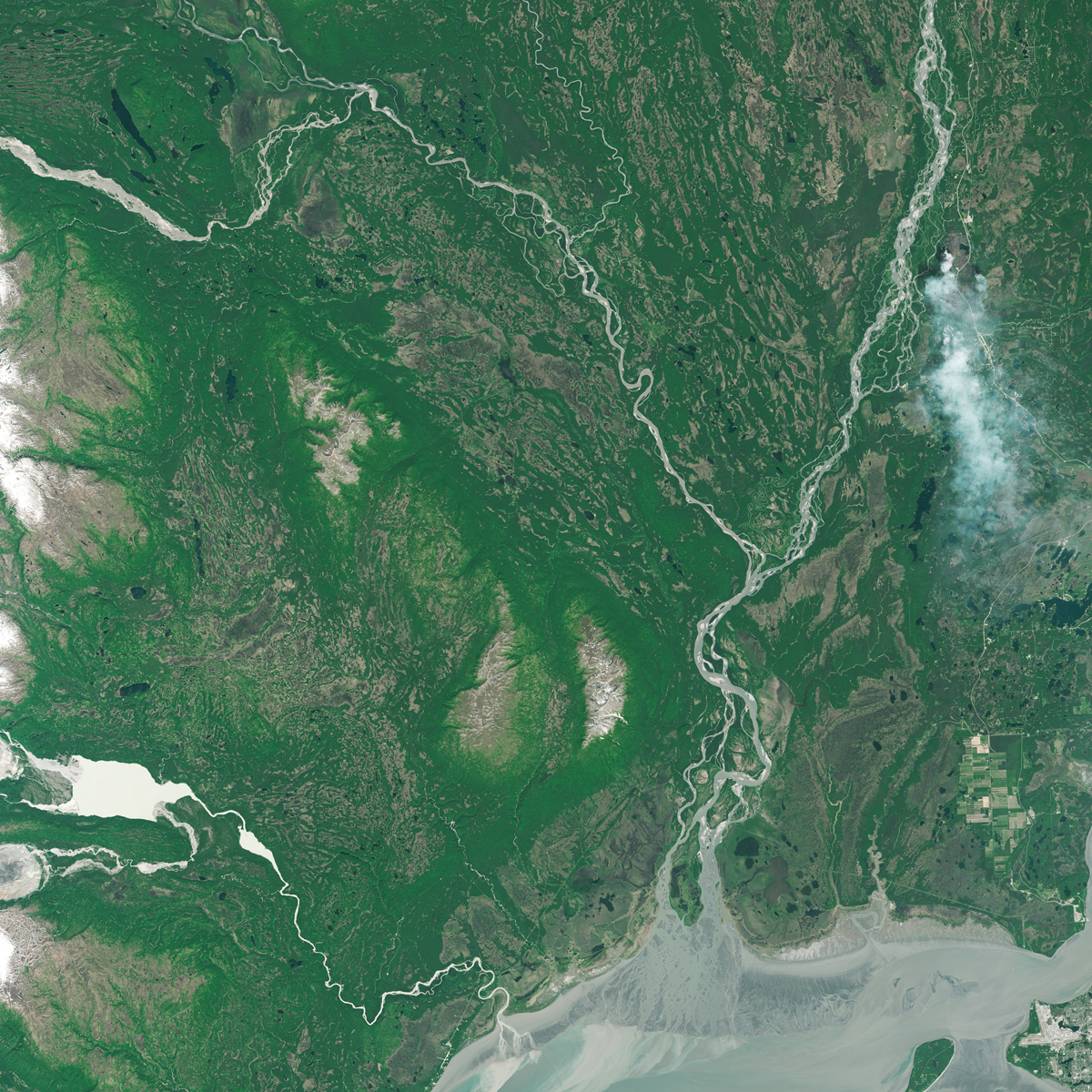 On June 14, 2015, the Sockeye fire in Alaska barely covered a square kilometer near Willow, Alaska, a town about 60 kilometers north of Anchorage. By June 15, the fire had exploded across 26 square kilometers. Experts said that dry and windy conditions caused the rapid spread of the blaze. NASA view.

The Operational Land Imager on the Landsat 8 satellite acquired these images at 1:19 p.m. local time on June 15. The top image shows the scene in natural color; the second is a false-color composite of light from the short-wave infrared and near-infrared bands.

The natural-color image (top) shows a clear view of the smoke plume moving southward. Dark brown areas around Kashwitna Lake appear to be scars on newly burned land. Further evidence of burning is visible in the bottom image. Newly burned land has a strong signal in short-wave infrared bands, visible here as dark red-orange areas northwest and southwest of the lake. Bright red represents the extremely hot areas of active fires. Turn on the image comparison tool to see where fires burned below the smoke.

By June 16, the fire had burned about 30 square kilometers (12 square miles) and remained uncontrolled. According to news reports, about 1,700 people evacuated the area; some were mushers racing to evacuate large numbers of sled dogs. On June 17, the fire appeared to stabilize with little growth. Sockeye Fire in Alaska.