South Florida and the Florida Keys 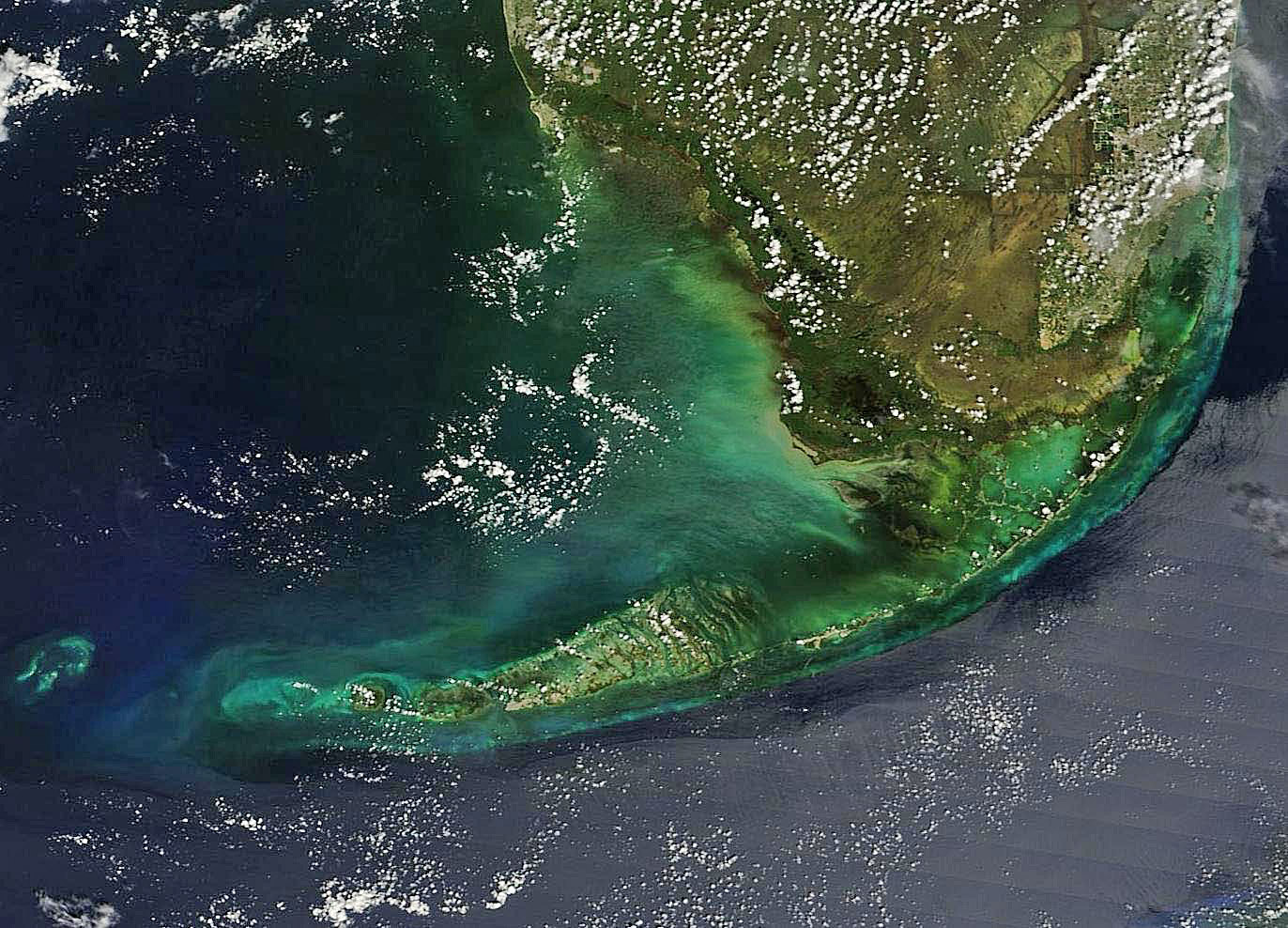 On September 19, 2016, the Moderate Resolution Imaging Spectroradiometer (MODIS) aboard NASA’s Terra satellite acquired a true-color image of South Florida and the Florida Keys.

In this image, an area of broken white clouds covers the southern part of the city of Miami. Located on the eastern coast near the southern tip of Florida, Miami is home to over 5.5 million people. In late July 2016, a roughly one-square-mile of this city became famous as the first place in the continental United States where Zika virus infection was deemed to be locally acquired. On September 19, after aggressive and heavy mosquito-control efforts, the governor of Florida announced that there had been no mosquito-transmitted cases of Zika in the last 45 days in the Wynwood neighborhood (the major center of concern). Federal authorities continue to suggest caution when traveling to Miami-Dade County, especially for pregnant women and their partners, and have extended the zone of concern to nearby Miami Beach.

In contrast to the gray-colored city, the southwestern tip of Florida appears dark green from the lush vegetation of the Everglades. The Everglades is a complex wetland ecosystem encompassing about two million acres. It extends from central Florida south to the Florida Bay. Everglades National Park sits close to Florida Bay and provides a home to many threatened species, including the manatee.

Florida Bay sits between the tip of Florida and the chain of islands which arcs southwest off the tip of Florida. The islands are known as the Florida Keys and are a popular tourist destination. The Keys are the remains of an ancient coral reef and they divide the Atlantic Ocean (east) from the Gulf of Mexico. The bright colors of the water in this region is primarily due to sediment, especially in the Florida Bay and off the coast near the Everglades. Microscopic organisms such as phytoplankton also may contribute to the color in the water.