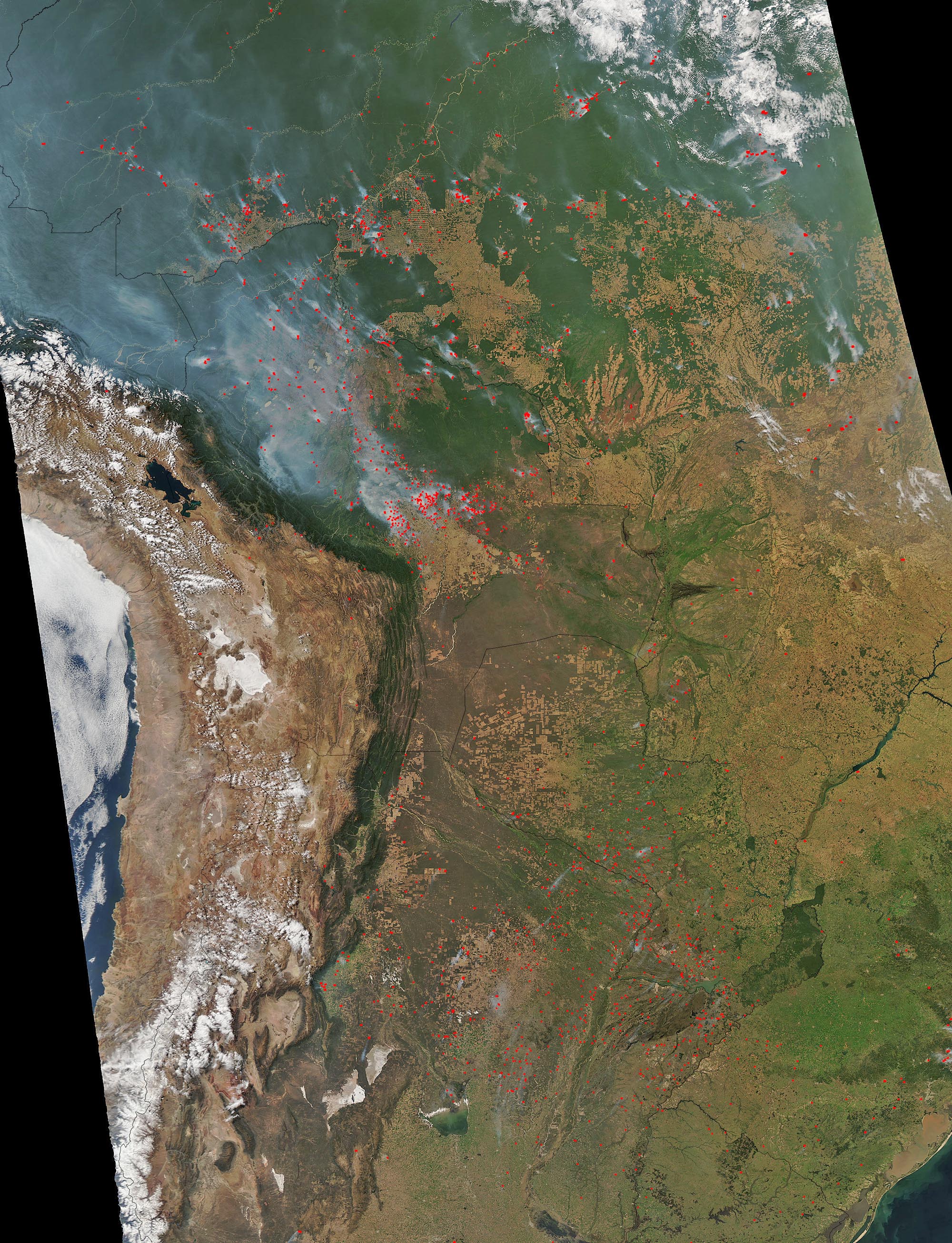 The largest cluster of red hotspots, each marking an actively burning fire, was centered in Bolivia, where the government has declared a state of emergency. On August 9, Reuters reported that the Bolivian fires were driven by drought and high winds, and were the worst in ten years in this region. At the time of the report, forty fires were burning across 8,000 square kilometers.

Wildfire season in the southern Amazon runs from roughly June to November, with peak activity usually occurring in September. The number and intensity of the fires varies strongly with climate anomalies such as El Niño and the Atlantic Multi-decadal Oscillation. These cyclical changes in ocean temperatures affect global precipitation patterns and the likelihood of drought in South America. The strong El Niño in 2015–2016 reduced rainfall across the Amazon during the wet season, meaning forecasters are anticipating an unusually intense fire season. Therefore as seen in the image above the climate peaks .