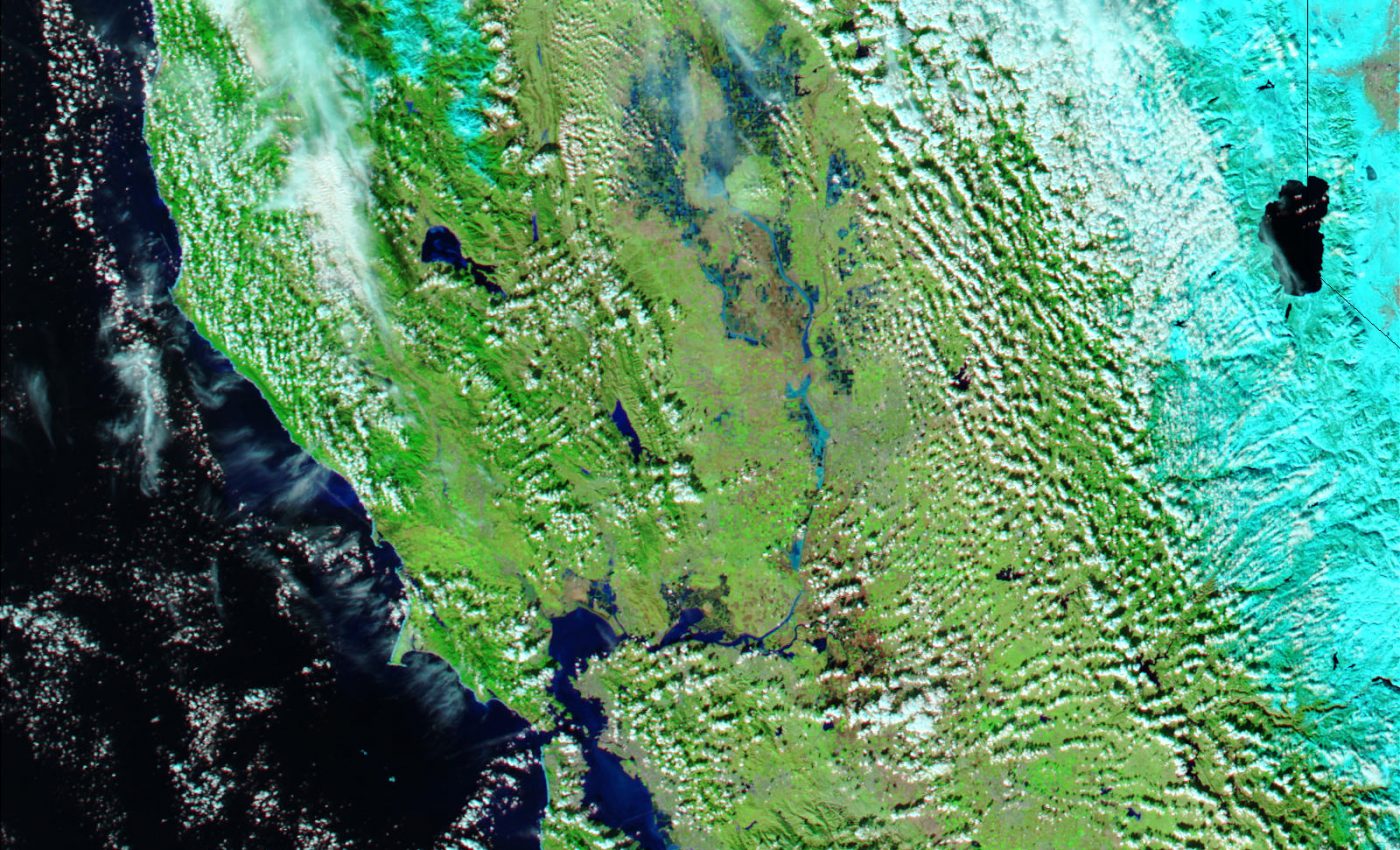 Heavy rains inundated northern California in mid-December 2002 and gave rise to extensive flooding. The above true color image (right) was acquired on December 18, 2002, by the Moderate Resolution Imaging Spectroradiometer (MODIS) aboard the Aqua satellite.

The image shows some of the worst of the flooding around the lakes and tributaries surrounding the Sacramento and Feather rivers north of San Francisco Bay. Normally only small sections of these rivers would be visible in the MODIS image (left, acquired December 2, 2002).

The heavy rains were caused by a series of North Pacific storms called extratropical lows. In many areas, rain totals exceeded 16 inches. The series of storms may be related to a moderate El Nino currently active across the equatorial Pacific Ocean.

The town of Guerneville and some two dozen other communities are at risk of flooding from the Russian River north of San Francisco which hit flood stage Tuesday evening and was expected to peak Wednesday morning at more than 46 feet. That’s the highest point in nearly a quarter-century.

No major problems have been reported yet but authorities worry about impassable roads and the chance of mudslides in areas scarred by wildfires.

Flood watches and warnings also remain up throughout the San Francisco Bay Area.

In the Sierra Nevada, snow closed some 50 miles of Interstate 80 to the Nevada state line overnight.