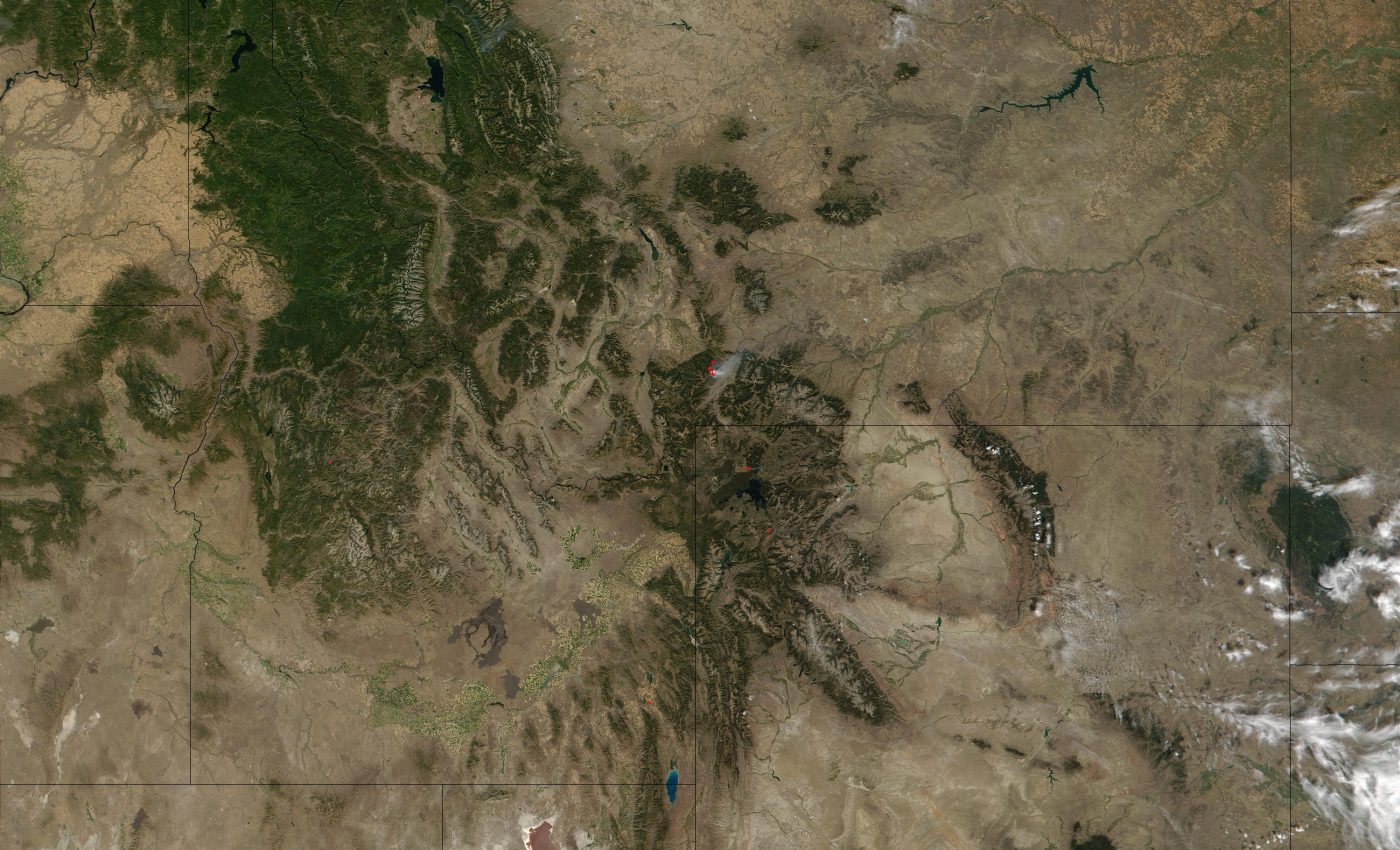 Fires in Rwanda’s Kagera National Park. In east-central Africa, numerous fires (marked in yellow), probably agricultural in purpose, were burning when the Moderate Resolution Imaging Spectroradiometer (MODIS) on NASA’s Aqua satellite captured this image on July 5, 2004. Unfortunately, in the Kagera National Park that hugs the far eastern margin of Rwanda, the fires may not be routine agricultural burning. According to news reports, wildfires started by poachers may have burned as much as one-third of the protected land in the park. The dense vegetation (bright green) of the small park (seen in rectangular inset) is marred by several reddish-brown burn scars, the largest in the northern tip of the park, surrounded by three actively burning fires. Water in the image appears dark blue or nearly black.
In the densely populated country, the natural environment is under extreme pressure from humans in need of fuel, food, and shelter. The park is a last refuge for elephants, lions, hyenas, leopards, buffalo, antelopes, zebra, and other wildlife in the country, whose natural landscapes have been almost completely deforested or otherwise transformed. Also Fires in Rwanda’s Kagera National Park.

Akagera National Park is a protected area in eastern Rwanda covering 1,122 km2 (433 sq mi) along the international border with Tanzania. It was founded in 1934 and includes savannah, montane and swamp habitats. The park is named for the Kagera River which flows along its eastern boundary feeding into Lake Ihema and several smaller lakes. The complex system of lakes and linking papyrus swamps makes up over a third of the park, which is the largest protected wetland in Eastern-Central Africa.

Credit: Image by Jesse Allen, based on data from the MODIS Rapid Response Team, NASA-GSFC