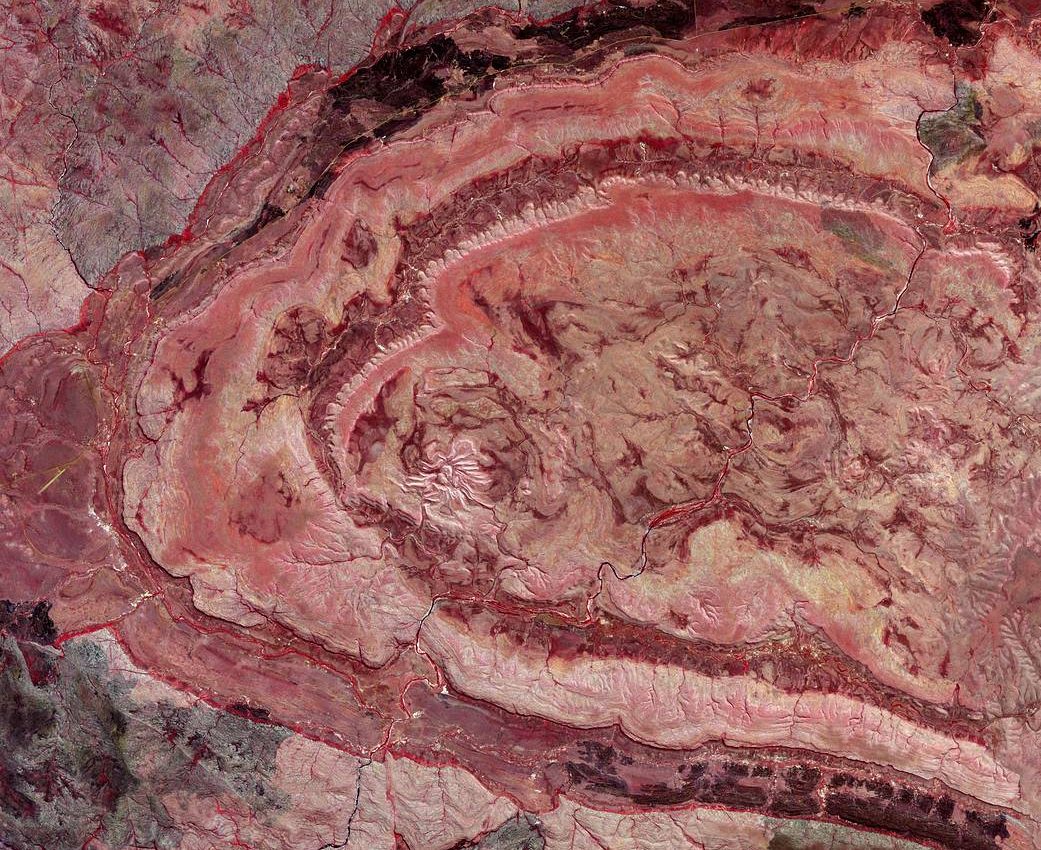 Spider Crater, Western Australia. A giant arachnid sprawls across the arid landscape of western Australia’s Kimberley Region of northern Western Australia. Therefore surprising satellite sensors and airplane passengers alike. This spider’s not just big, it’s old. This prehistoric monster crawls out of the past as if to remind us of the destructive power of the cosmos.

The Advanced Spaceborne Thermal Emission and Reflection Radiometer (ASTER) on NASA’s Terra satellite captured this image of Spider Crater and its surroundings. In this false-color image, the arid landscape appears in varying shades of crimson. Also Near the center of the image is the Spider, sunlight giving an oddly ghostlike appearance to the steep ridges that form its legs. Geologists long puzzled over what this structure was. Therefore found an important clue in the 1970s. They found shatter cones–cone-shaped. It grooved rocks known only to appear in craters left by meteor or asteroid impacts.

The age of Spider Crater is uncertain, but its formation has been estimated to fall between 900 and 600 million years ago. If this age estimate is correct, the crater formed from an impact that occurred during the Neoproterozoic. A period of geologic history when, some geologists hypothesize, Earth underwent a series of global ice ages nicknamed “Snowball Earth.”