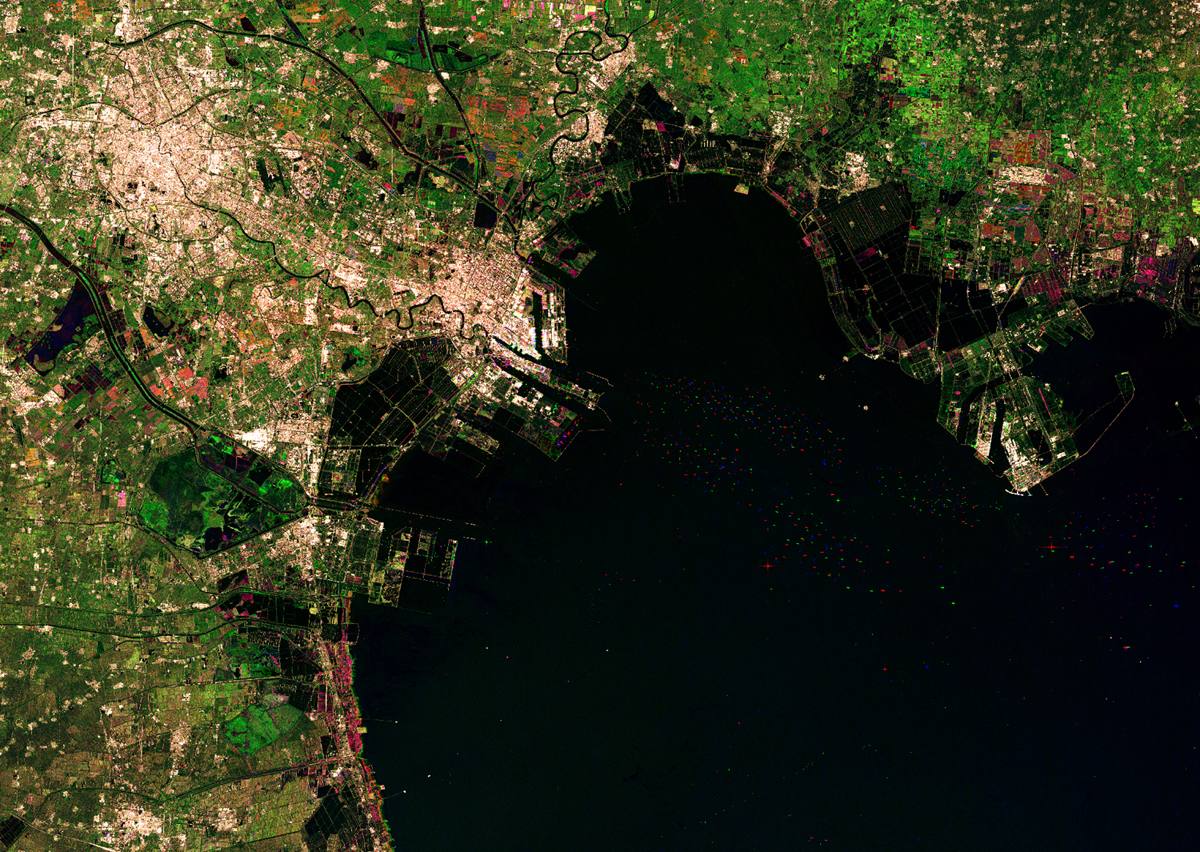 The Chinese city of Tianjin is captured in this Sentinel-1A radar image created by combining three scans over several months. Tianjin, China is a very large city.

The city sits to the west of the Bohai Bay within the Bohai Gulf, off of the Yellow Sea. With a population of over 14 million people, this megacity is among China’s five largest.

Urban areas are home to over half of the world’s population, and are rapidly changing environments. As more people move from rural areas to cities, this growth needs to be monitored to help it proceed on a sustainable basis.

High-resolution satellite data provide essential information for city planning and for the sustainable development of urban regions. Radar in particular can be used to monitor slight ground movements down to a few millimetres – valuable information for urban planners and for risk assessment.

Zooming in on the upper right, we can see different colours in the geometric agricultural fields, showing changes between the three acquisitions (22 October 2014, 14 January 2015 and 7 February 2015) that make up this image.

In this area, the black shapes show divided areas covered in water, which are possibly shrimp or fish farms. Bohai Bay was traditionally home to the country’s richest fisheries, but pollution, overfishing and land reclamation has diminished this economic activity.

Farther south, we can see  numerous dots in the water – radar reflections from the boats coming to and from the Port of Tianjin. This massive maritime gateway handles hundreds of millions of tonnes of cargo each year, and is the largest in northern China.

On the central-left side of the image, the black and bright green areas are water reservoirs. The upcoming Sentinel-2 mission – set for launch on 22 June  – will be used to support the sustainable management of water resources by providing measurements of water quality and detecting changes.