Storm formation over the South Pacific 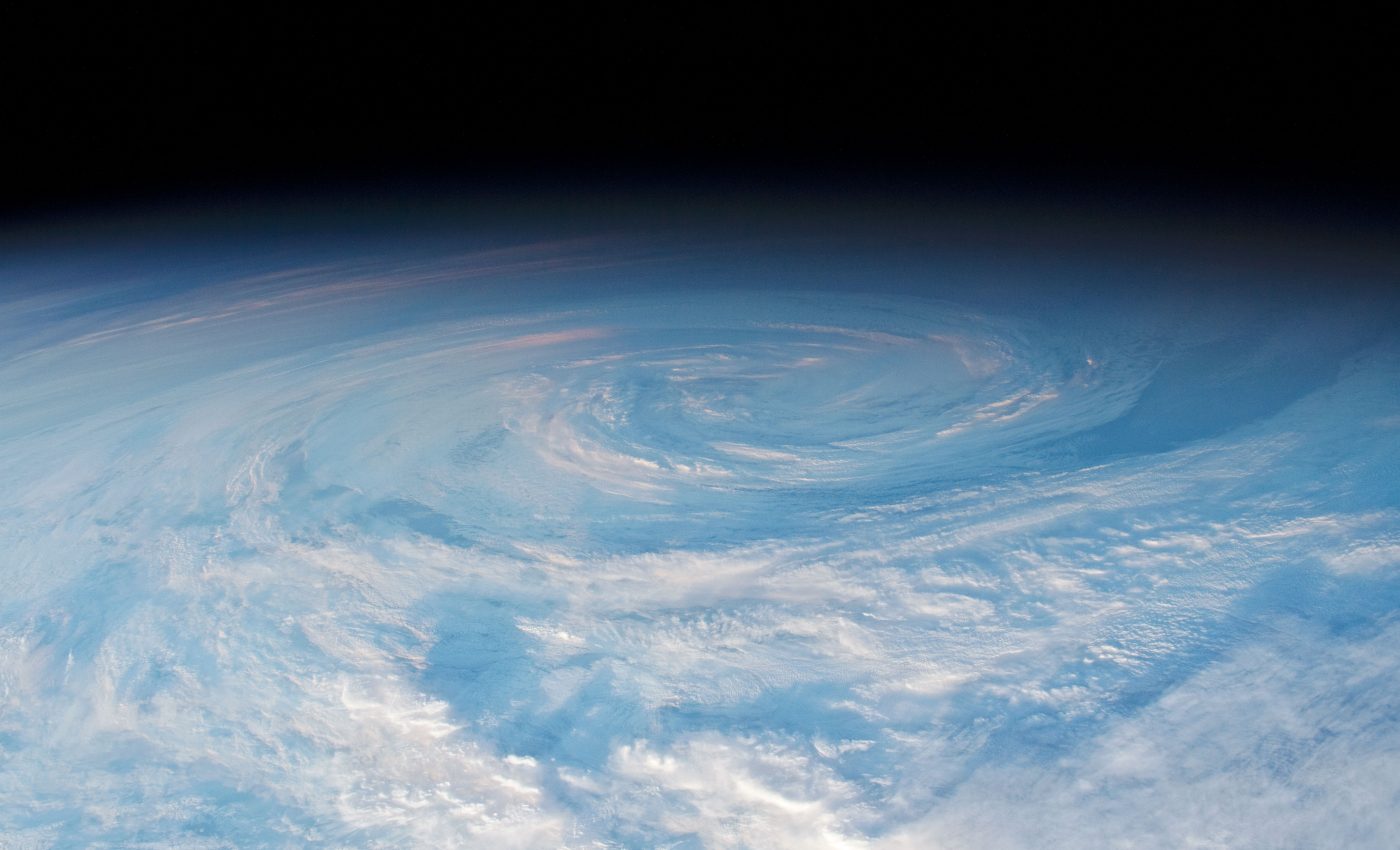 The International Space Station (ISS) was more than 2,000 miles east of New Zealand and more than 2,700 miles west of South America when this photo was captured by an astronaut.

Relative to the atmosphere and ISS, the sun was at a low angle during sunrise, which made the striking details of the cloud formation stand out.Storm formation over the South Pacific.

The unnamed storm was short-lived and dissipated before making landfall.

–The Pacific Ocean is the largest and deepest of Earth’s oceanic divisions. It extends from the Arctic Ocean in the north to the Southern Ocean (or, depending on definition, to Antarctica) in the south and is bounded by the continents of Asia and Australia in the west and the Americas in the east.
At 165,250,000 square kilometers (63,800,000 square miles) in area (as defined with an Antarctic southern border), this largest division of the World Ocean—and, in turn, the hydrosphere—covers about 46% of Earth’s water surface and about 32% of its total surface area, making it larger than all of Earth’s land area combined.  The centers of both the Water Hemisphere and the Western Hemisphere are in the Pacific Ocean. The equator subdivides it into the North(ern) Pacific Ocean and South(ern) Pacific Ocean, with two exceptions: the Galápagos and Gilbert Islands, while straddling the equator, are deemed wholly within the South Pacific