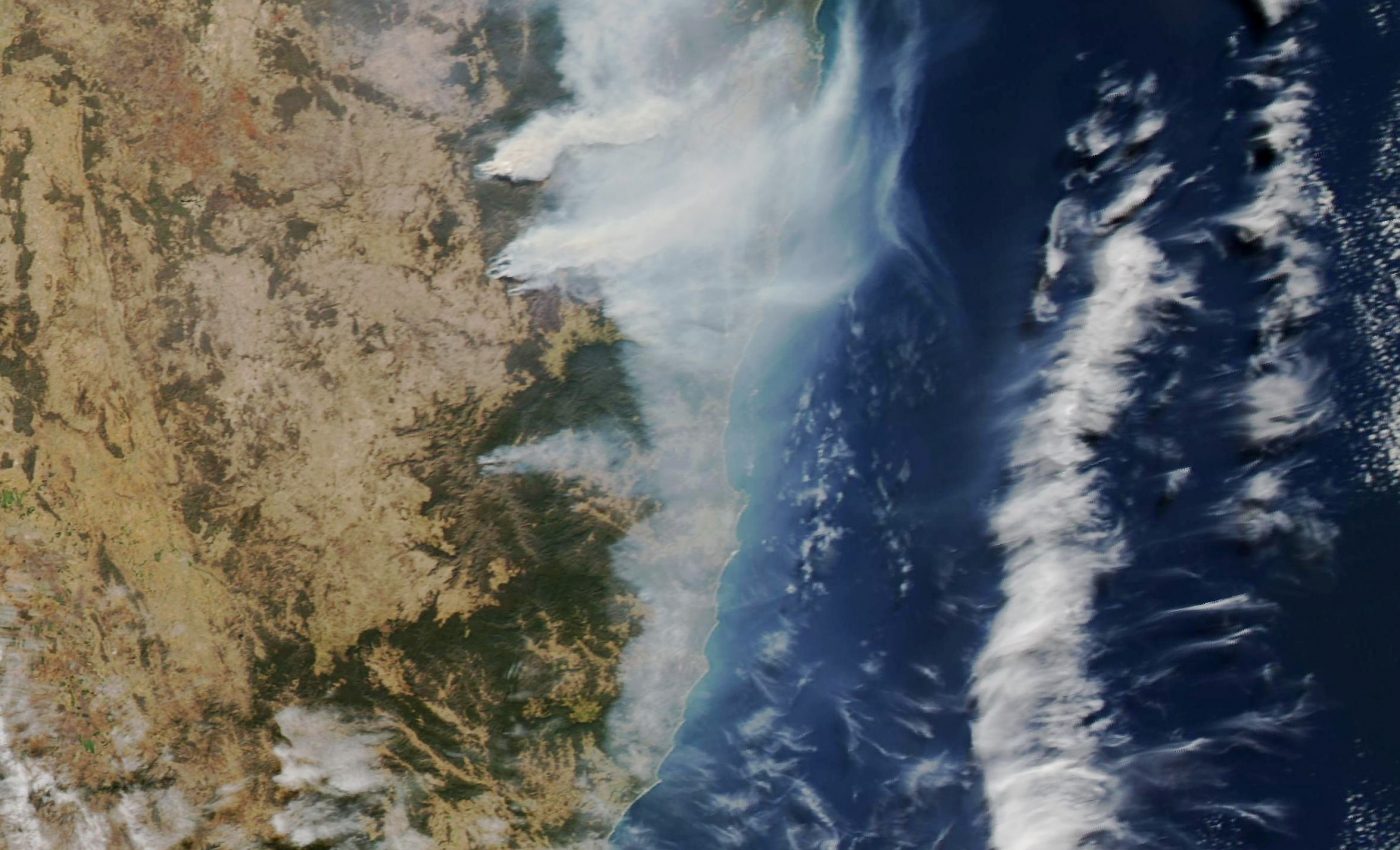 More than 100 fires have already burned this month in Australia, affecting some rainforests and eucalyptus forests that do not often experience fire. Persistent drought fuels fires in Australia

The unusual activity has been fueled by persistent and worsening drought.

According to the Australian Bureau of Meteorology (BOM), drier than normal conditions have persisted since the beginning of 2017 and the past 32 months have been the driest on record for New South Wales at 34 percent below average.

This natural-color image was captured on September 12, 2019 by the Moderate Resolution Imaging Spectroradiometer (MODIS) on NASA’s Aqua satellite. Australia, officially the Commonwealth of Australia,is a sovereign country comprising the mainland of the Australian continent, the island of Tasmania, and numerous smaller islands.

It is the largest country in Oceania and the world’s sixth-largest country by total area. The population of 26 million is highly urbanised and heavily concentrated on the eastern seaboard. Australia’s capital is Canberra, though its largest city is Sydney. The country’s other major metropolitan areas are Melbourne, Brisbane, Perth, and Adelaide.
Indigenous Australians inhabited the continent for about 65,000 years prior to the first arrival of Dutch explorers in the early 17th century, who named it New Holland. In 1770.