Sun Rising in the East 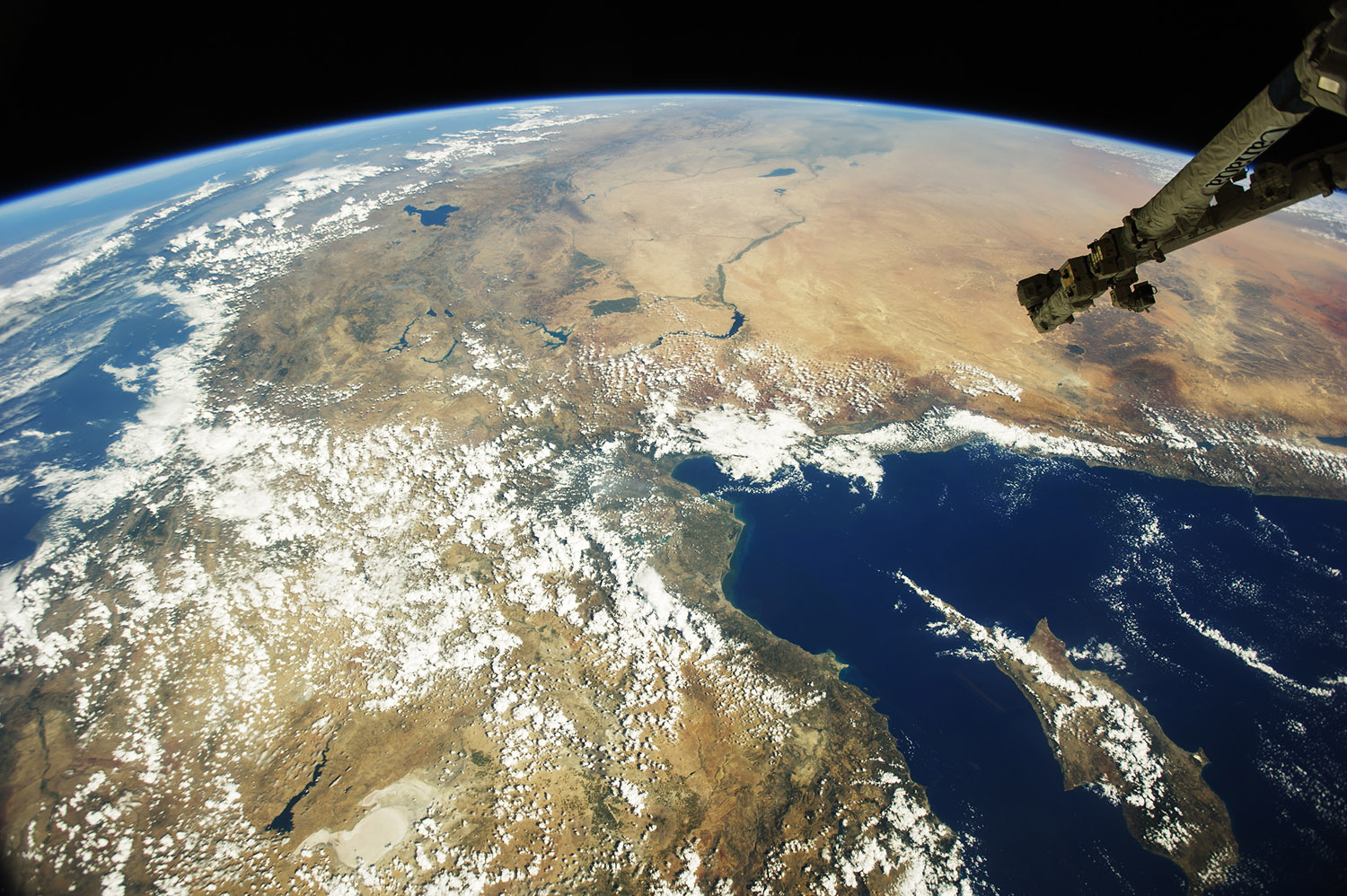 Sun Rising in the East in This image from the ISS shows the sun rising in the east. As the 2014 calendar year closes and the solstice marks the turning point in the Sun’s march across the sky, many religions and cultures are celebrating festivals. The Jewish celebration of Hanukkah in 2014 stretched from December 16 to 24. Christians celebrate the birth of Jesus on December 25 and the feast of Epiphany on January 5. And in early 2015, Muslims will celebrate Mawlid an-Nabi, the birth of Muhammad, on January 3 (Sunni) and January 8 (Shia).

The cradle of those religions—and of much of modern civilization—was captured on September 7, 2014, in a photograph by an astronaut on the International Space Station (ISS). At the time, the ISS was in orbit over Turkey and the photographer was looking east across Cyprus and the Mediterranean Sea.

According to some estimates, there are close to 3.5 billion followers of Abrahamic religions—Judaism, Christianity, Islam, and Bahai—and they can all trace cultural roots back to this region. It is a part of the world where there have been great spiritual, cultural, and military triumphs, and nearly as many tragedies and missed opportunities. Barriers real and perceived have been built here for thousands of years. And yet from space, there are no borders to be seen.

In I.Asimov: A Memoir, science fiction author Isaac Asimov gives us a thought worthy of this turbulent, fertile, and dynamic place and of the peace that many people try to nurture and hope for at this time of year:

The Earth faces environmental problems right now that threaten the imminent destruction of civilization and the end of the planet as a livable world. Humanity cannot afford to waste its financial and emotional resources on endless, meaningless quarrels between each group and all others. There must be a sense of globalism in which the world unites to solve the real problems that face all groups alike.

Can that be done? The question is equivalent to: Can humanity survive?