Turkey And The Mediterranean Sea 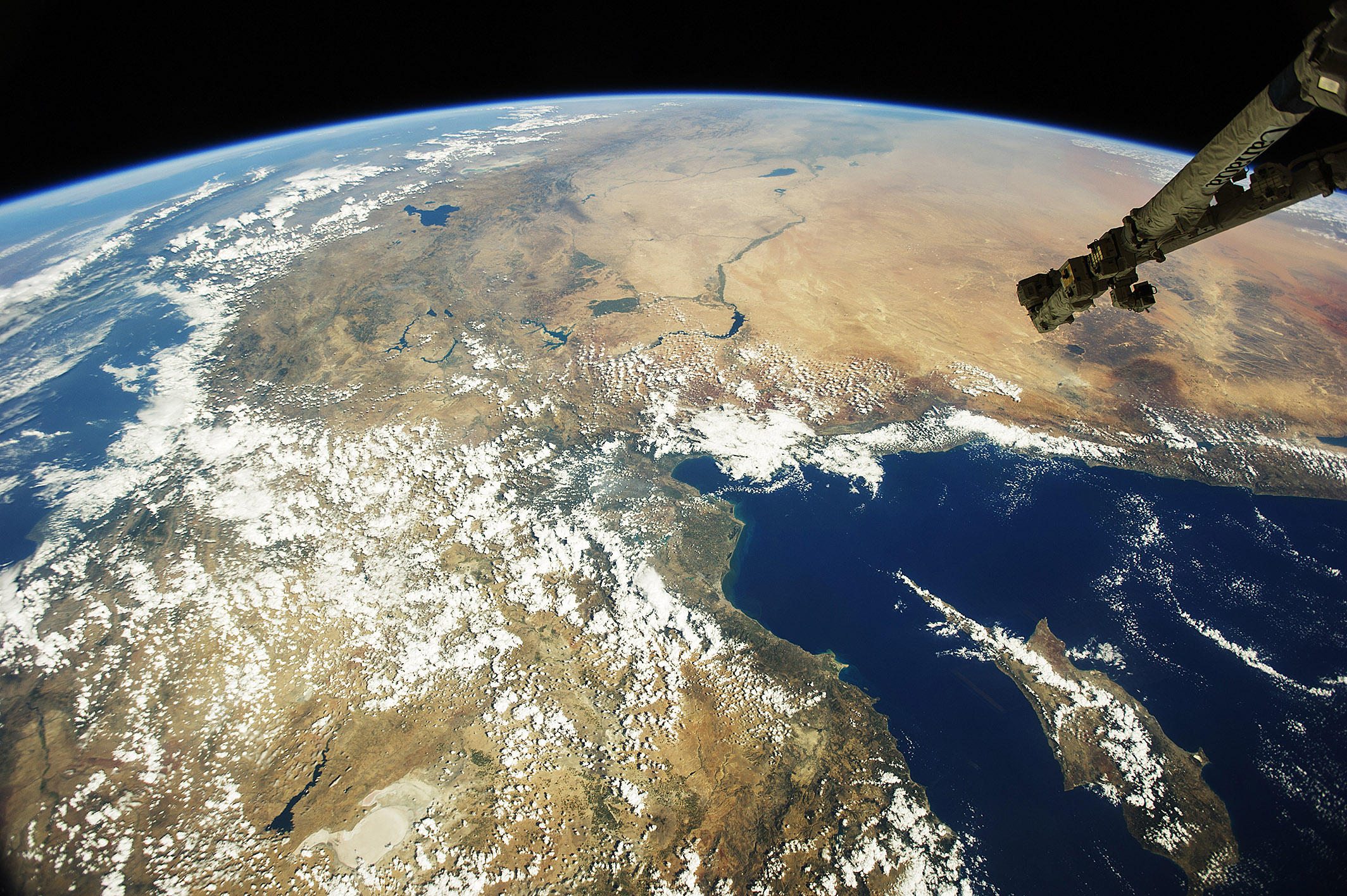 The cradle of Earth’s biggest religions — and of much of modern civilization — was captured on September 7, 2014, in a photograph by an astronaut on the International Space Station (ISS). At the time, the ISS was in orbit over Turkey and the Mediterranean Sea.

Astronaut photograph ISS040-E-133306 was acquired on September 7, 2014, with a Nikon D3S digital camera using a 20 millimeter lens, and is provided by the ISS Crew Earth Observations Facility and the Earth Science and Remote Sensing Unit, Johnson Space Center.

The image was taken by the Expedition 40 crew. It has been cropped and enhanced to improve contrast, and lens artifacts have been removed. The International Space Station Program supports the laboratory as part of the ISS National Lab to help astronauts take pictures of Earth that will be of the greatest value to scientists and the public, and to make those images freely available on the Internet. Additional images taken by astronauts and cosmonauts can be viewed at the NASA/JSC Gateway to Astronaut Photography of Earth. Caption by Mike Carlowicz.

The Mediterranean Sea is a sea connected to the Atlantic Ocean, surrounded by the Mediterranean Basin and almost completely enclosed by land: on the north by Southern Europe and Anatolia, on the south by North Africa and on the east by the Levant. Although the sea is sometimes considered a part of the Atlantic Ocean, it is usually referred to as a separate body of water. Geological evidence indicates that around 5.9 million years ago, the Mediterranean was cut off from the Atlantic and was partly or completely desiccated over a period of some 600,000 years (the Messinian salinity crisis) before being refilled by the Zanclean flood about 5.3 million years ago.