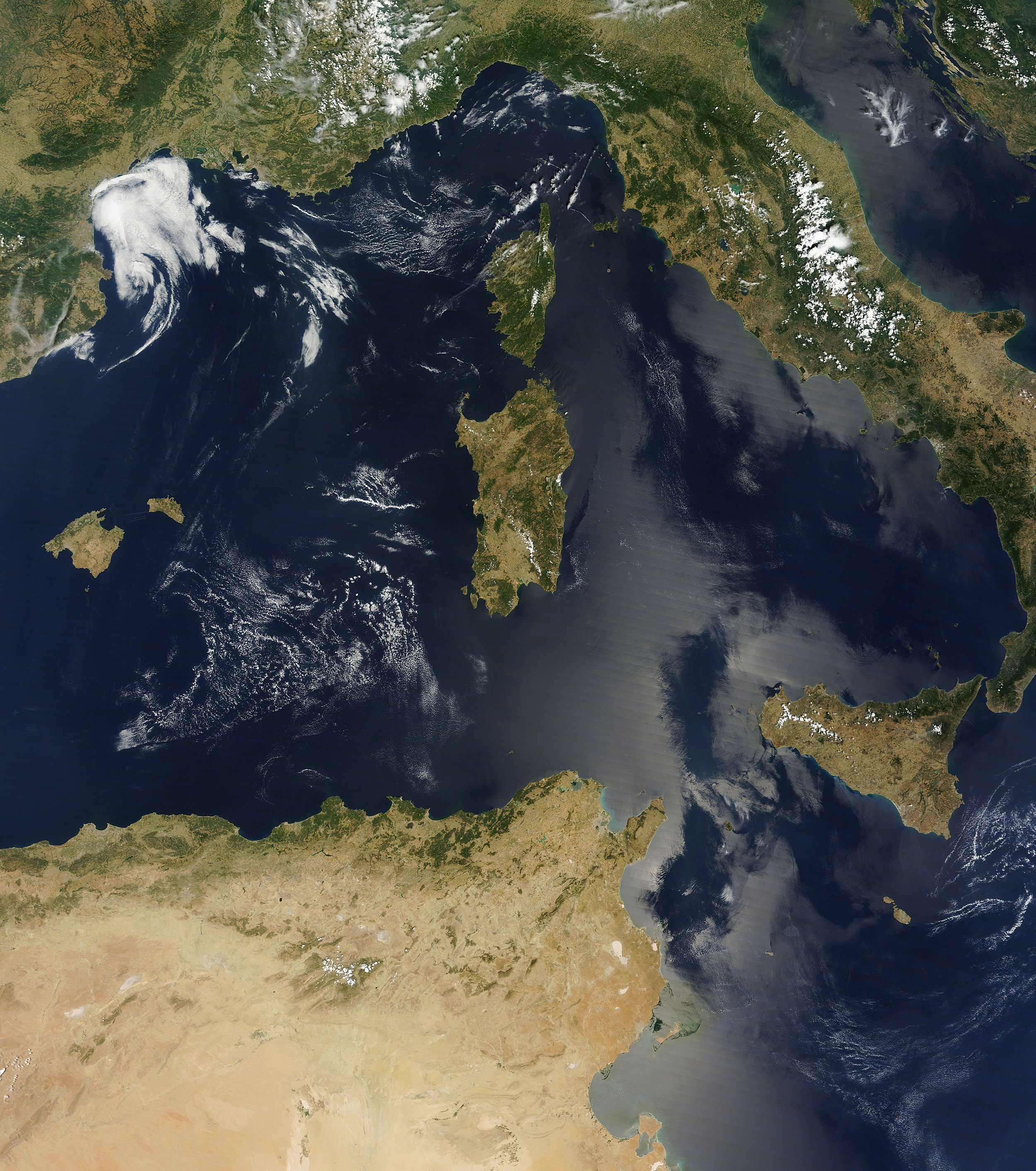 The Mediterranean basin stretches about 2,300 mi (3,800 km) west to east from Lebanon to Portugal, and about 620 mi (1,000 km) south to north from Morocco and Libya to Italy. The countries captured in this image include, from west to east, starting in the north: Spain, France, Monaco and Italy.

To the east of Italy sits the Adriatic Sea. In the south Algeria is in the west, and Tunisia in the east. The large island of Sicily sits at the tip of the “boot” of Italy, while Sardinia and Corsica are in the center of this section of the Mediterranean Sea.

It has a varied and contrasting topography. The Mediterranean Region offers an ever-changing landscape of high mountains, rocky shores, impenetrable scrub, semi-arid steppes, coastal wetlands, sandy beaches and a myriad islands of various shapes and sizes dotted amidst the clear blue sea. Contrary to the classic sandy beach images portrayed in most tourist brochures, the Mediterranean is surprisingly hilly. Mountains can be seen from almost anywhere.