The Namib Desert on the Atlantic Coast • Earth.com

The Namib Desert on the Atlantic Coast 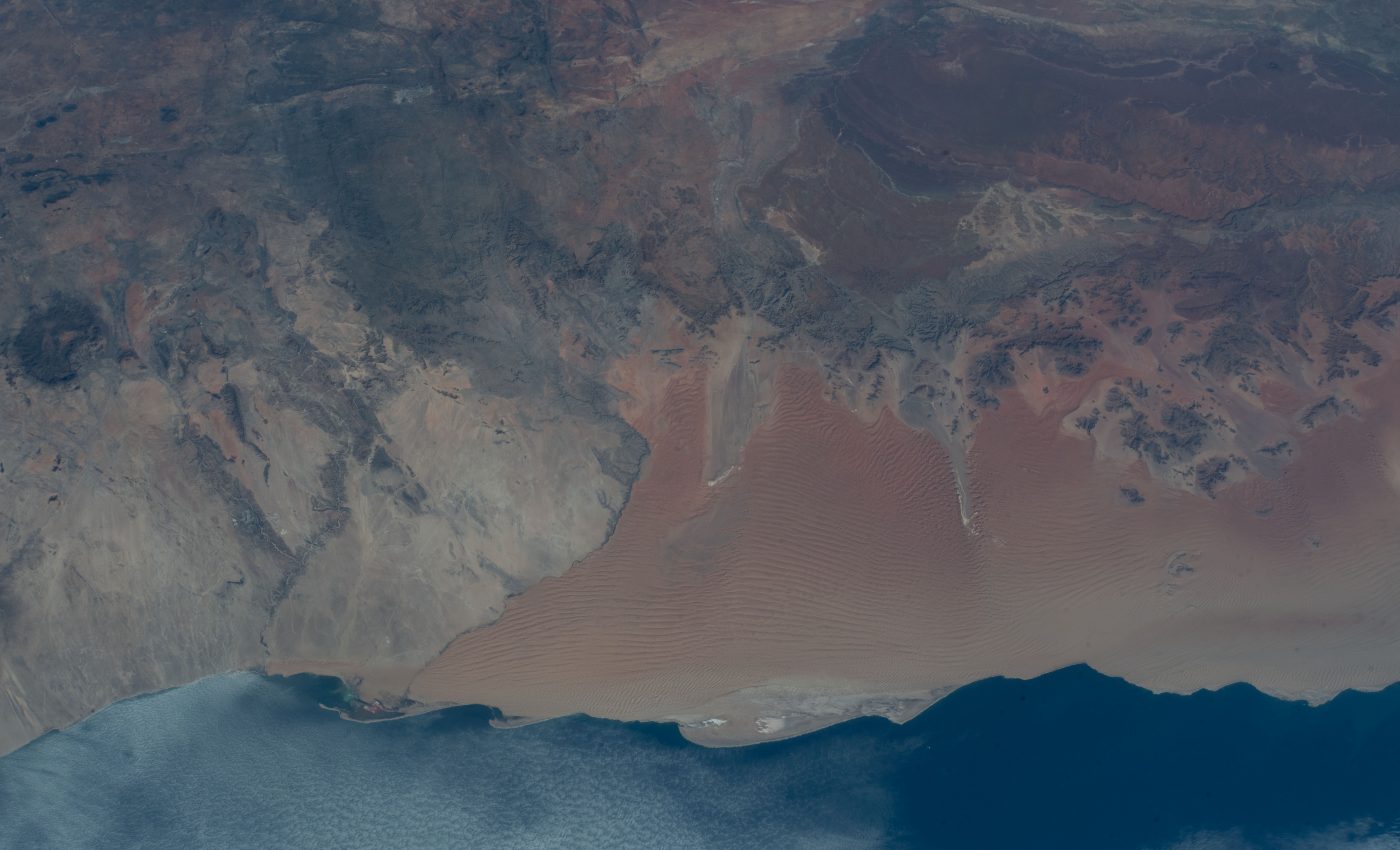 Today’s Image of the Day from NASA features the Namib Desert on the Atlantic Coast of Namibia.

The country is home to diverse wildlife, including the world’s largest cheetah population.

The western border of this southern African country is photographed from an altitude of 259 miles, as the International Space Station orbited over the coastline of the Atlantic Ocean.

The Namib is a coastal desert in southern Africa. The name Namib is of Khoekhoegowab origin and means “vast place”. According to the broadest definition, the Namib stretches for more than 2,000 kilometres (1,200 mi) along the Atlantic coasts of Angola, Namibia, and South Africa, extending southward from the Carunjamba River in Angola, through Namibia and to the Olifants River in Western Cape, South Africa. The Namib’s northernmost portion, which extends 450 kilometres (280 mi) from the Angola-Namibia border, is known as Moçâmedes Desert, while its southern portion approaches the neighboring Kalahari Desert. From the Atlantic coast eastward, the Namib gradually ascends in elevation, reaching up to 200 kilometres (120 mi) inland to the foot of the Great Escarpment. Annual precipitation ranges from 2 millimetres (0.079 in) in the most arid regions to 200 millimetres (7.9 in) at the escarpment, making the Namib the only true desert in southern Africa. Having endured arid or semi-arid conditions for roughly 55–80 million years, the Namib may be the oldest desert in the world and contains some of the world’s driest regions, with only western South America’s Atacama Desert to challenge it for age and aridity benchmarks.