The northern highlands of Ecuador • Earth.com 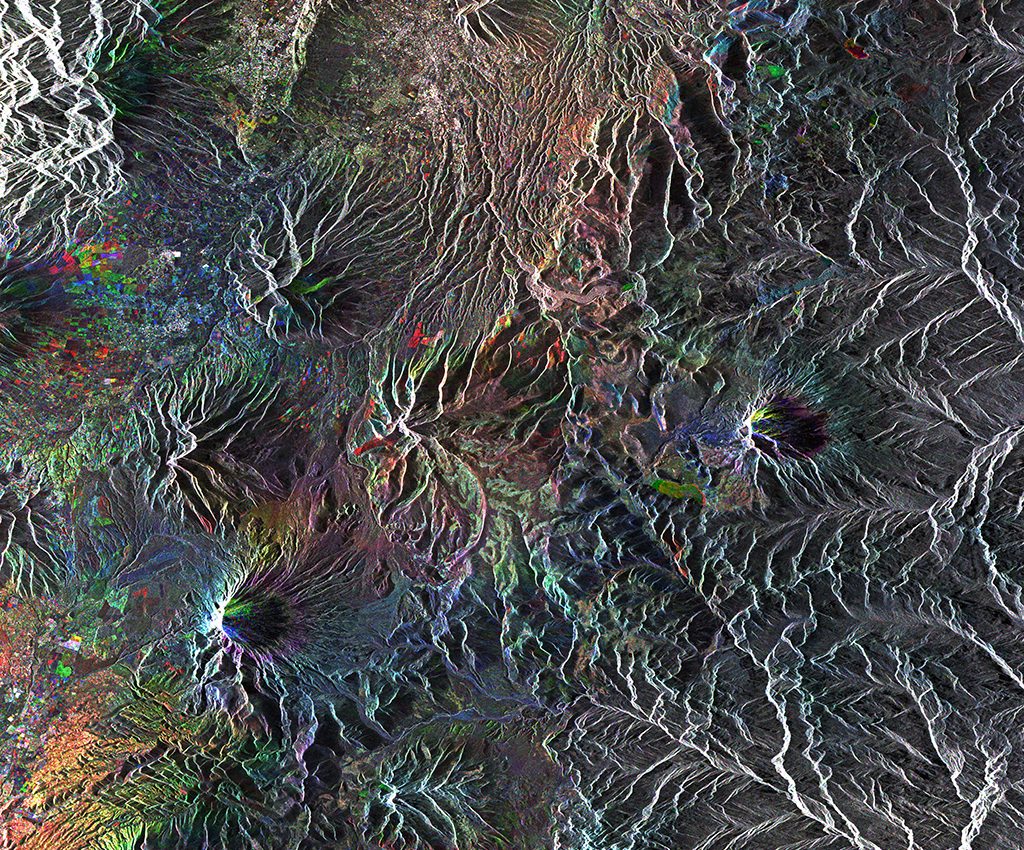 The composite image was created by combining three Envisat radar passes from 2006 to 2010. According to the ESA, the vibrant colors across the highlands represent changes in the land’s surface over the years.

The Antisana volcano is visible in the center of the right side of the photograph. From Antisana to the west, the area is generally colorful, which indicates ground movement. To the east, however, fewer colors indicate that the land is more stable.

The Andean Highlands or the Andes is a region in the central part of Ecuador. It extends from north to south. This region is Ecuador’s most visited area. Home to the Andes Mountains , this region is known by locals as Sierra. Ecuador’s Andes consist of two mountain ranges: Central and Western; separated by a narrow central valley. Welcome to Central Highlands. The rooftop of Ecuador offers up more adventure per square meter than most places on earth. This vast region cut from fire and ice inspires the imagination and offers a remarkable journey deep into the myth and beauty of the Andes. There are heavenly volcanoes, glacier-capped peaks, high-arching grassy plains, surprisingly quaint colonial cities