The port city of Jeddah in Saudi Arabia • Earth.com

The port city of Jeddah in Saudi Arabia 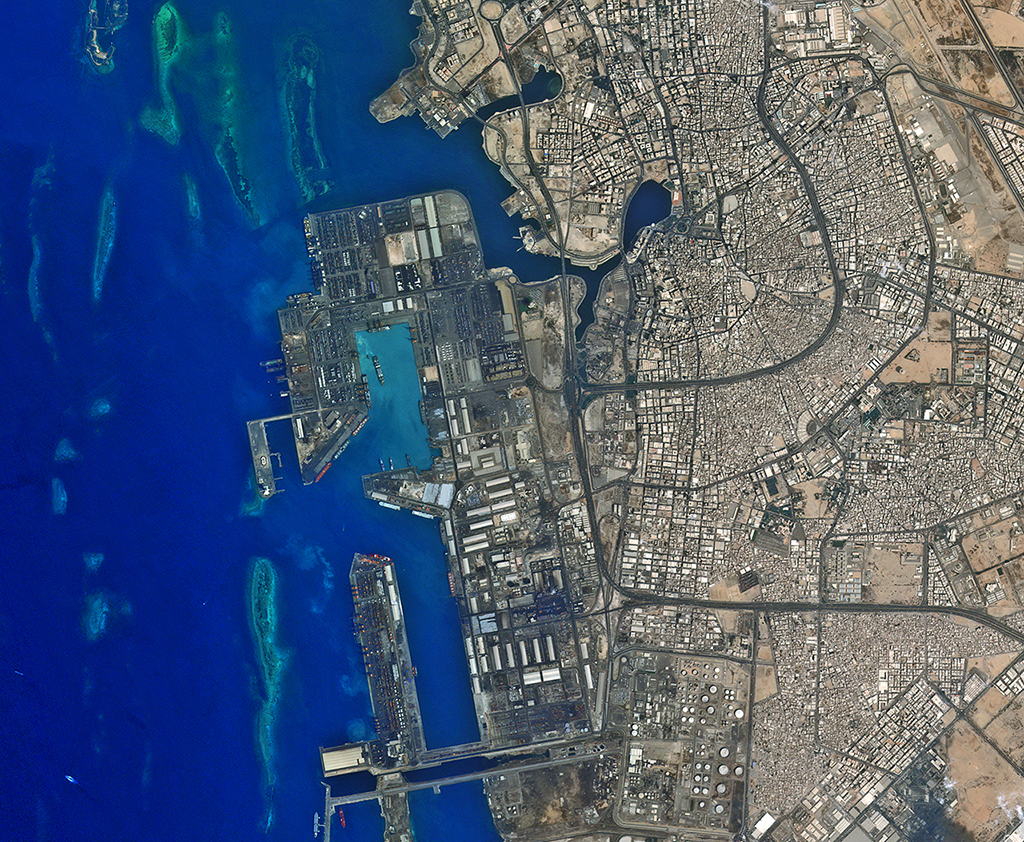 Located on the Red Sea, Jeddah is considered the economic and tourism capital of Saudi Arabia, and is the second largest city in the country.

Jeddah is a gateway to Islam’s holiest city of Mecca, and also to the holy city of Medina.

The seaport is located in the middle of a major shipping route. The large circles visible near the bottom of the image are oil storage tanks. Saudi Arabia is the world’s biggest oil exporter.

Coral reefs are visible off the coast of Jeddah, and a gap in the reef serves as a pathway for large vessels to move in and out of the port.

Saudi Arabia, officially the Kingdom of Saudi Arabia, is a country in Western Asia constituting the bulk of the Arabian Peninsula. With a land area of approximately 2,150,000 km2 (830,000 sq mi), Saudi Arabia is geographically the largest sovereign state in Western Asia, the second-largest in the Arab world (after Algeria), the fifth-largest in Asia, and the 12th-largest in the world. Saudi Arabia is bordered by Jordan and Iraq to the north, Kuwait to the northeast, Qatar, Bahrain, and the United Arab Emirates to the east, Oman to the southeast and Yemen to the south; it is separated from Egypt and Israel by the Gulf of Aqaba. It is the only country with both a Red Sea coast and a Persian Gulf coast, and most of its terrain consists of arid desert, lowland and mountains. As of October 2018, the Saudi economy was the largest in the Middle East and the 18th largest in the world.[10] Saudi Arabia also has one of the world’s youngest populations: 50 percent of its 33.4 million people are under 25 years old.