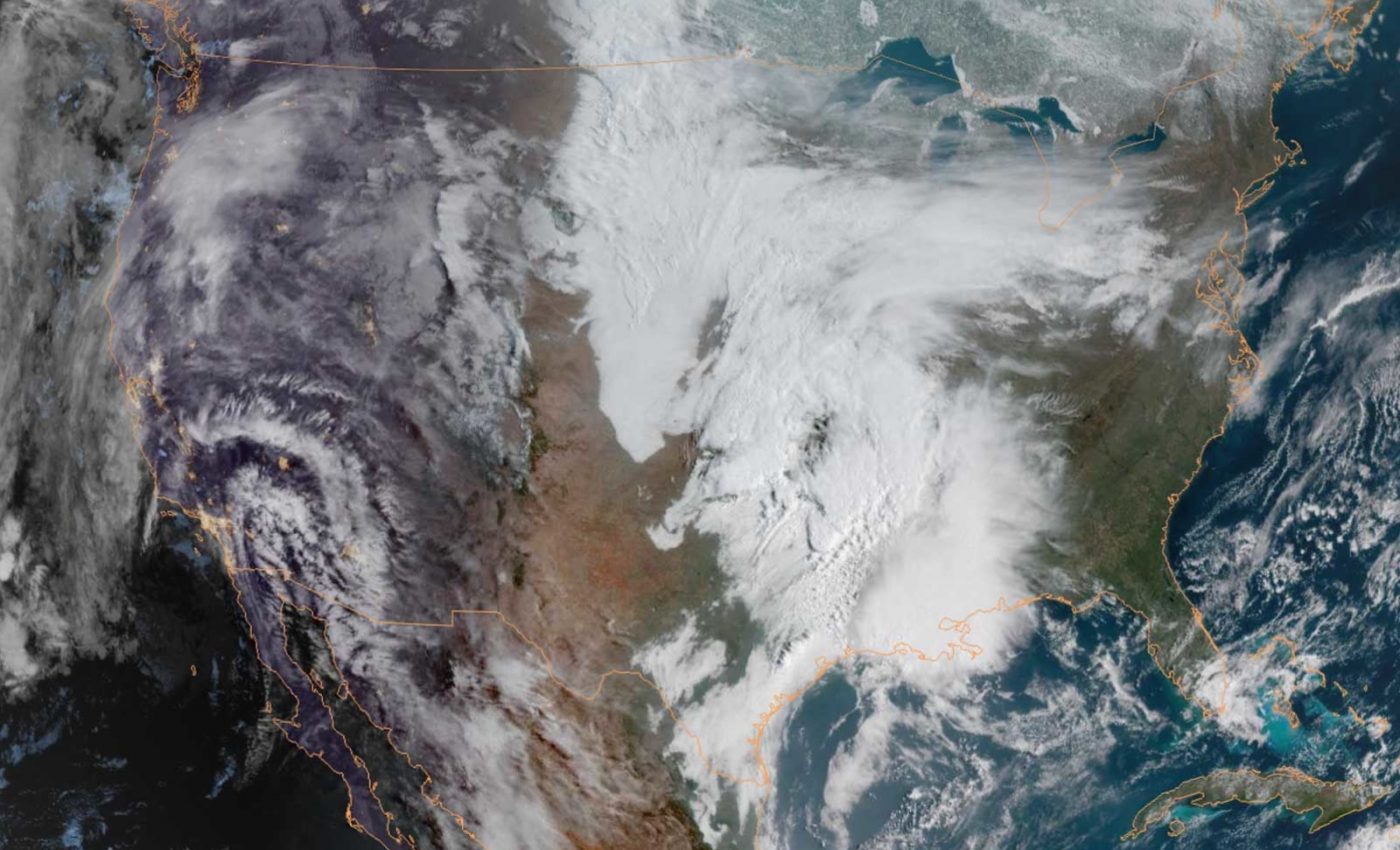 Thunderstorms over the weekend dumped heavy rains over parts of northern Texas. The resulting flash floods were responsible for the deaths of six people in Fort Worth and Corsicana, all of whom perished when their vehicles were swept away by flood waters. The storms formed along and ahead of a frontal boundary that pushed eastward from central Texas. Low-level moisture from the Gulf of Mexico provided the fuel for the storms.

The first image shows a snapshot of the storms over Texas taken by the Tropical Rainfall Measuring Mission satellite, which uses both passive and active sensors to measure rainfall from space. The image was taken at 11:39 pm, US Central Time, on April 30, 2004, and shows rainfall intensity in the center swath from the TRMM Precipitation Radar (PR), the first and only precipitation radar in space, and in the outer swath from the TRMM Microwave Imager (TMI). The rain rates are overlaid on infrared (IR) data from the TRMM Visible Infrared Scanner (VIRS). A scattered but intense line of storms extends from central west Texas through northeast Texas and into Arkansas, seen more clearly in the full view provided above. Most of the storms contain areas of intense rainfall (dark red areas), especially evident over northeast Texas, as a result of strong instability and abundant moisture.

The second image taken at the same time shows a vertical perspective of the 30 dBZ isosurface taken by the TRMM PR looking west. It shows rain drops or larger ice particles, which can be measured by radar, that have been carried aloft as a result of the strong updrafts in the storms (blue, green and red correspond to low, moderate and high levels, respectively). The full image is also available.

TRMM is a joint mission between NASA and the Japanese space agency JAXA.