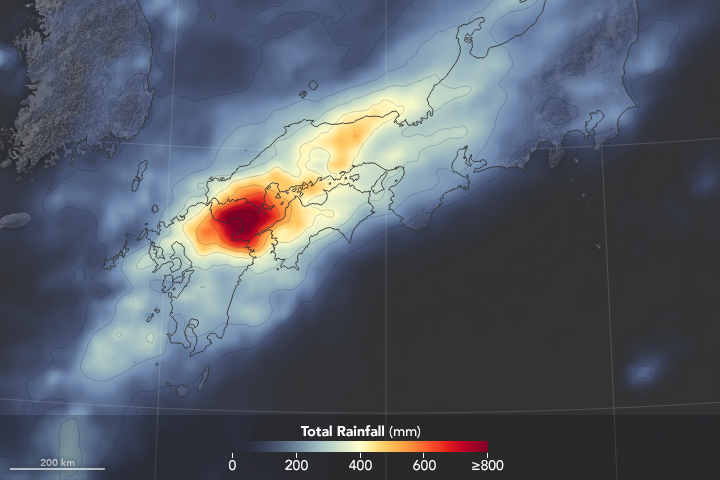 Today’s Image of the Day from NASA Earth Observatory shows the massive amounts of rainfall that have caused the worst flooding to strike Japan in 35 years. In some regions, double the amount of rainfall that is expected in the entire month of July has fallen in just a few days. Torrential rainfall in Japan causes deadly flooding and landslides.

Floods and landslides have killed over 120 people across the southwest, and many are still missing. Two million people have been evacuated from their homes and 73,000 rescue workers have been mobilized for emergency assistance. Torrential rainfall in Japan causes deadly flooding and landslides

According to the experts, the heavy rainfall was triggered by the remains of Typhoon Prapiroon and warm, humid air blowing in from the Pacific Ocean. 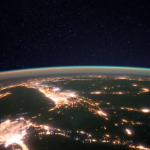 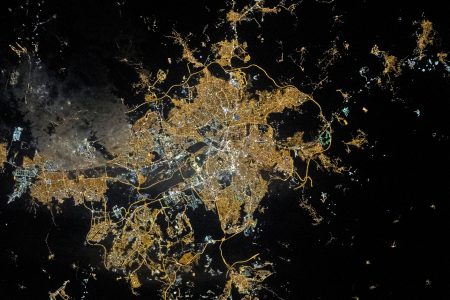