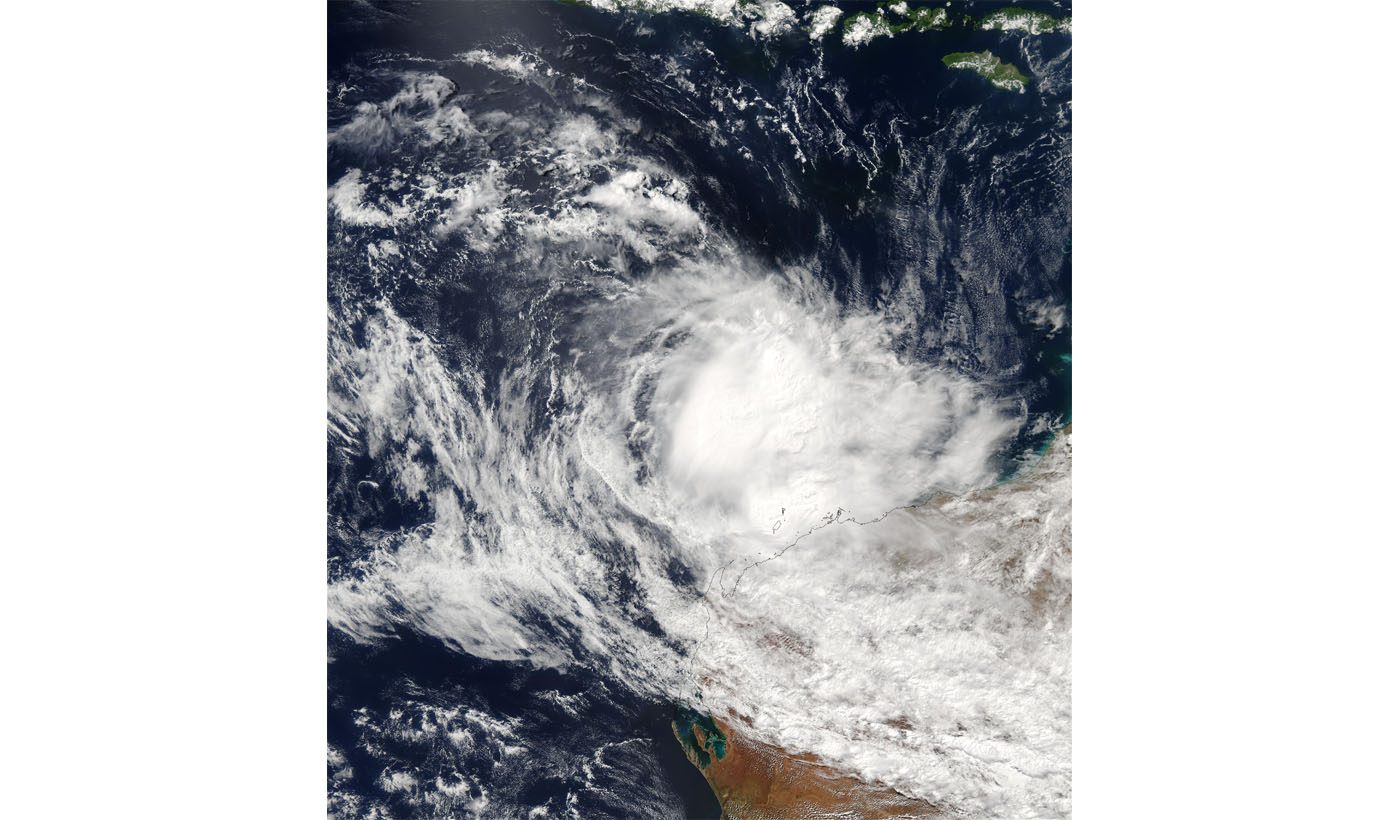 This image from the Moderate Resolution Imaging Spectroradiometer (MODIS) on the Aqua satellite shows Tropical Cyclone Inigo making landfall over the northern coast of Western Australia Territory. The storm is looking less organized than on previous days.

Cyclone Inigo was tied with Cyclone Gwenda for being the most intense recorded cyclone in the Australian region in terms of pressure. Therefore with the possible exception of Cyclone Mahina. Inigo developed from a tropical low that crossed eastern Indonesia in late March 2003. Becoming a named tropical cyclone on 1 April, Inigo rapidly intensified as it tracked southwestward. Also reaching a minimum central pressure of 900 hPa on 4 April.  Although An approaching trough weakened the cyclone and turned it to the southeast.

The precursor disturbance dropped heavy rainfall across eastern Indonesia, causing widespread flooding and mudslides. The worst of the damage was on Flores island, though damage was also reported on West Timor and Sumba. The flooding and mudslides damaged or destroyed thousands of houses, forcing many to leave their homes. A total of 58 casualties were reported in association with Inigo, as a disturbance. In Australia, Inigo produced locally heavy rainfall, but did little damage.