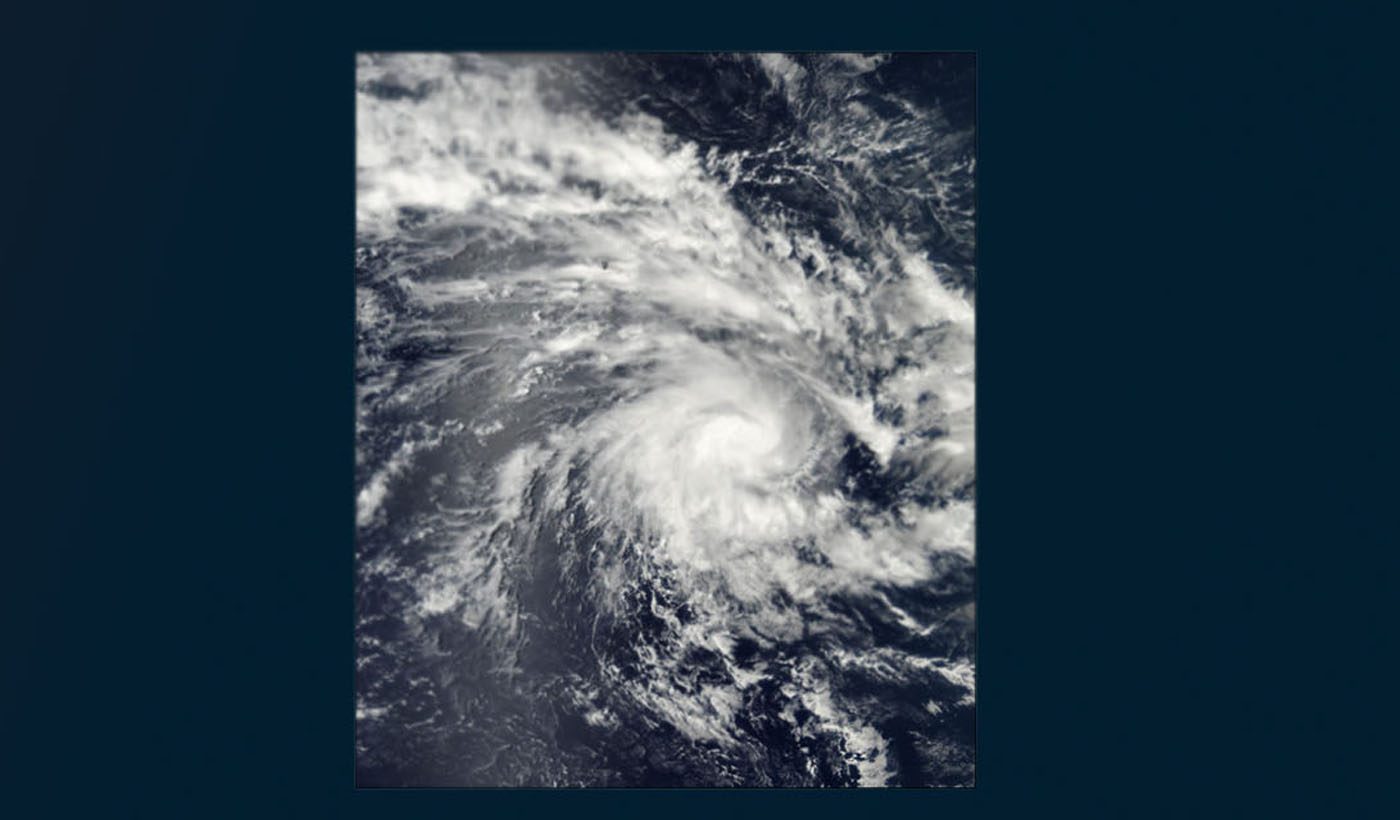 With sustained winds near 64 km per hour (40 mph), Tropical Cyclone was located approximately 449 miles southeast of Diego Garcia and was moving towards the west-northwest at 7 km per hour (5 mph) as of March 5, 2003. This true-color image of the storm was acquired March 5 by the Moderate Resolution Imaging Spectroradiometer (MODIS) aboard NASA’s Aqua satellite.

Intense Tropical Cyclone Kalunde was the strongest storm of the 2002–03 South-West Indian Ocean cyclone season. The eleventh named storm and sixth cyclone of the season, Kalunde formed on March 4 from an area of disturbed weather east-southeast of Diego Garcia. The storm steadily strengthened and attained severe tropical storm intensity on March 6. After starting a phase of rapid deepening, Kalunde attained cyclone intensity the next day. Kalunde attained its peak intensity on March 8, as an intense tropical cyclone. It maintained its peak strength for a day; shortly thereafter, the system began to weaken. After undergoing an eyewall replacement cycle, the storm brushed Rodrigues. Shortly after doing so, Kalunde weakened into a tropical cyclone and later a severe tropical storm. Two days later, on March 16, the cyclone transitioned into an extratropical cyclone and dissipated the next day.