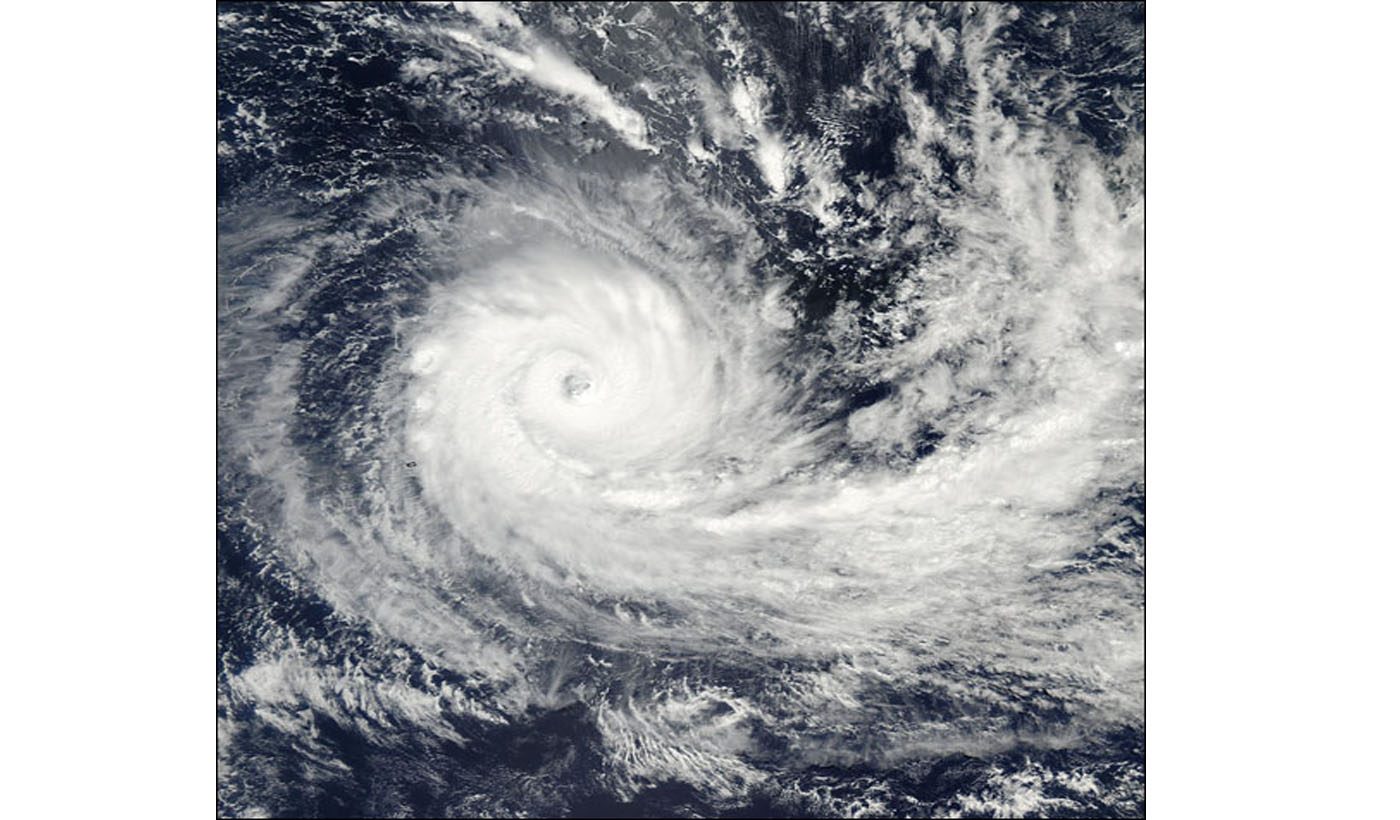 With sustained winds near 140 km per hour (87 mph), Tropical Cyclone Kalunde was situated well south and east of Diego Garcia in the center of the Indian Ocean. However, the latest forecasts suggest Kalunde will soon veer increasingly southward toward oblivion in the colder latitudes of the southern Indian Ocean.
This true-color image of the storm was acquired on March 10, 2003, by the Moderate Resolution Imaging Spectroradiometer (MODIS) aboard NASA’s Aqua satellite. The high-resolution image available here is 500 meters per pixel. Visit the MODIS Rapid Response Team, for a copy of this scene at MODIS’ full resolution of 250 meters per pixel.

intense Tropical Cyclone Kalunde was the strongest storm of the 2002–03 South-West Indian Ocean cyclone season. The eleventh named storm and sixth cyclone of the season, Kalunde formed on March 4 from an area of disturbed weather east-southeast of Diego Garcia. The storm steadily strengthened and attained severe tropical storm intensity on March 6. After starting a phase of rapid deepening, Kalunde attained cyclone intensity the next day. Kalunde attained its peak intensity on March 8, as an intense tropical cyclone. It maintained its peak strength for a day; shortly thereafter, the system began to weaken. After undergoing an eyewall replacement cycle, the storm brushed Rodrigues. Shortly after doing so, Kalunde weakened into a tropical cyclone and later a severe tropical storm. Two days later, on March 16, the cyclone transitioned into an extratropical cyclone and dissipated the next day.