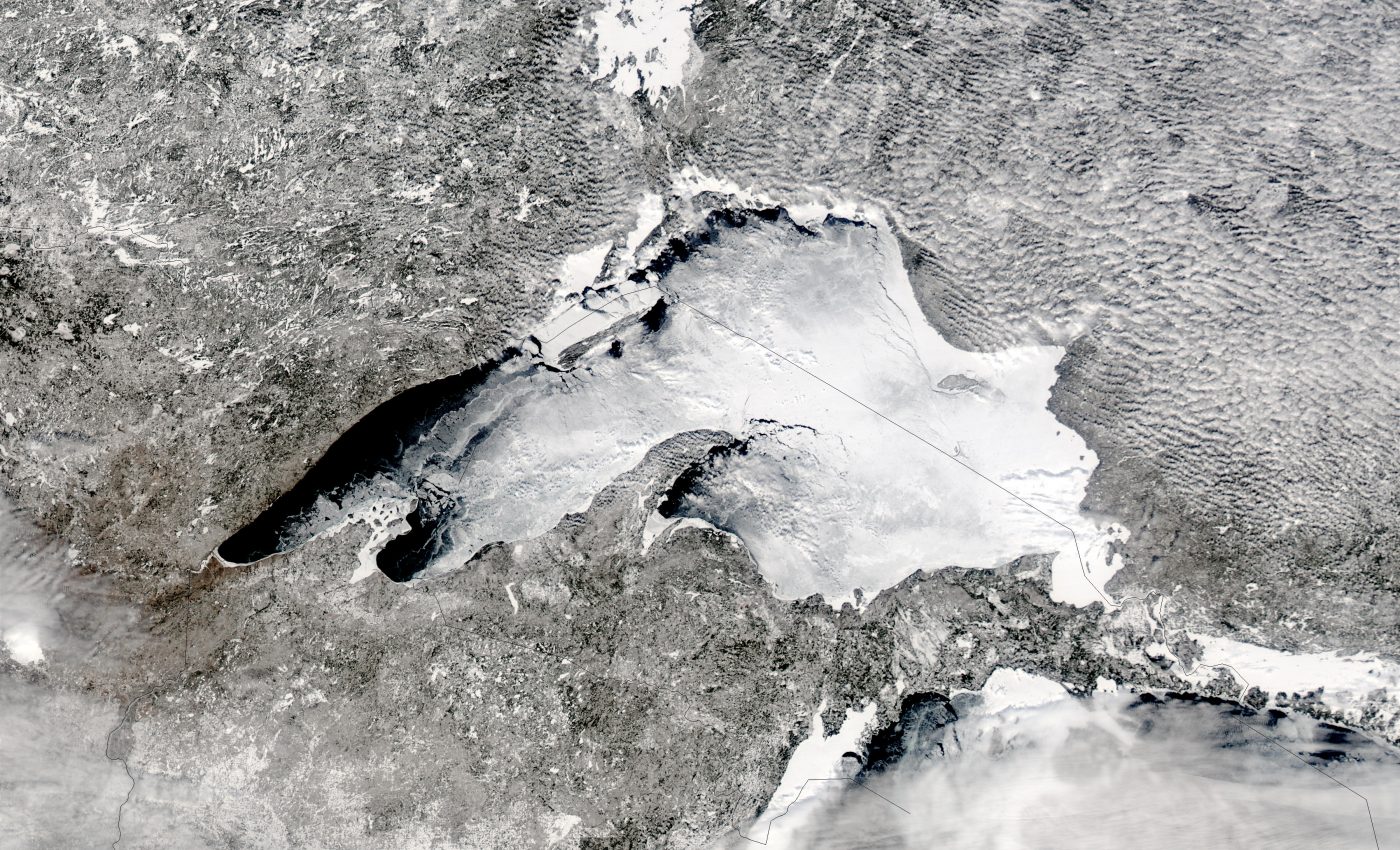 Frozen Lake Suprerior Winter clung tenaciously to North America, and was especially fierce toward the end, dumping record amounts of snow and clogging the Great Lakes’ shipping lanes with ice in a short period of time. It is a testament to the tenacity of the late winter’s strength that Superior froze over; the lake’s size and depth inhibit freezing, making this an unusual occurrence.
The ice on Lake Superior was up to two feet thick in some places, necessitating the use of ice-breaking ships to open shipping lanes for the beginning of the shipping season. Some key shipping locations, such as the St. Lawrence Seaway (not shown), which connects the Great Lakes to the Atlantic Ocean, have already had their openings delayed. The other Great Lakes— Erie, Huron, Michigan, and Ontario—were also affected by ice cover, though to lesser extents.

Also Frozen Lake Superior freezes over much of the winter with strong wind chills and freezing weather. Therefore closing down a lot of lakes due to clogged out and frozen water ways. Although much of the year is cold the winter months call for closures therefore making it harder to transfer goods and commute through the lake way. Also you will notice they have a certain time of the year for shipping season due to the high volume of snow and ice.
This true-color Aqua MODIS image was acquired on March 12, 2003.