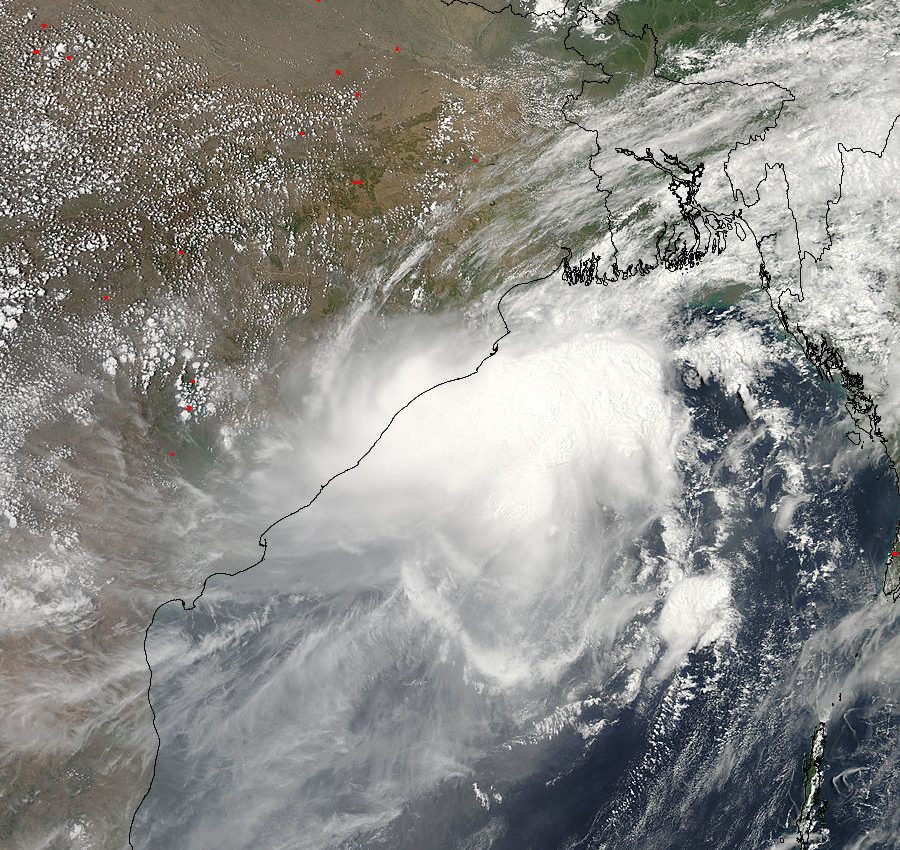 Tropical Cyclone Mahasen. Mahasen made landfall in Bangladesh on May 16, 2013. The same day, Reuters reported that the storm had claimed six lives, forced thousands of residents into shelters, and destroyed thousands of huts. Despite the damage, the toll was less severe than feared in Bangladesh and Burma, where thousands of displaced people were already living in flood-prone camps.

In its final warning for Mahasen, the U.S. Navy’s Joint Typhoon Warning Center (JTWC) reported that the storm had maximum sustained winds of 45 knots (85 kilometers per hour) and gusts up to 55 knots (100 kilometers per hour), but was dissipating over land. The depression gained forward momentum and attained gale-force winds on May 11 and was designated as Cyclonic Storm Viyaru, the first named storm of the season. Owing to adverse atmospheric conditions, the depression struggled to maintain organized convection as it moved closer to eastern India. On May 14, the exposed circulation of Viyaru turned northeastward. The following day, conditions again allowed for the storm to intensify. Early on May 16, the cyclone attained its peak intensity with winds of 85 km/h (50 mph) and a barometric pressure of 990 mbar (hPa; 29.23 inHg).[nb 2] Shortly thereafter Viyaru made landfall near Chittagong, Bangladesh. On May 17, it moved over the eastern Indian state of Nagaland.