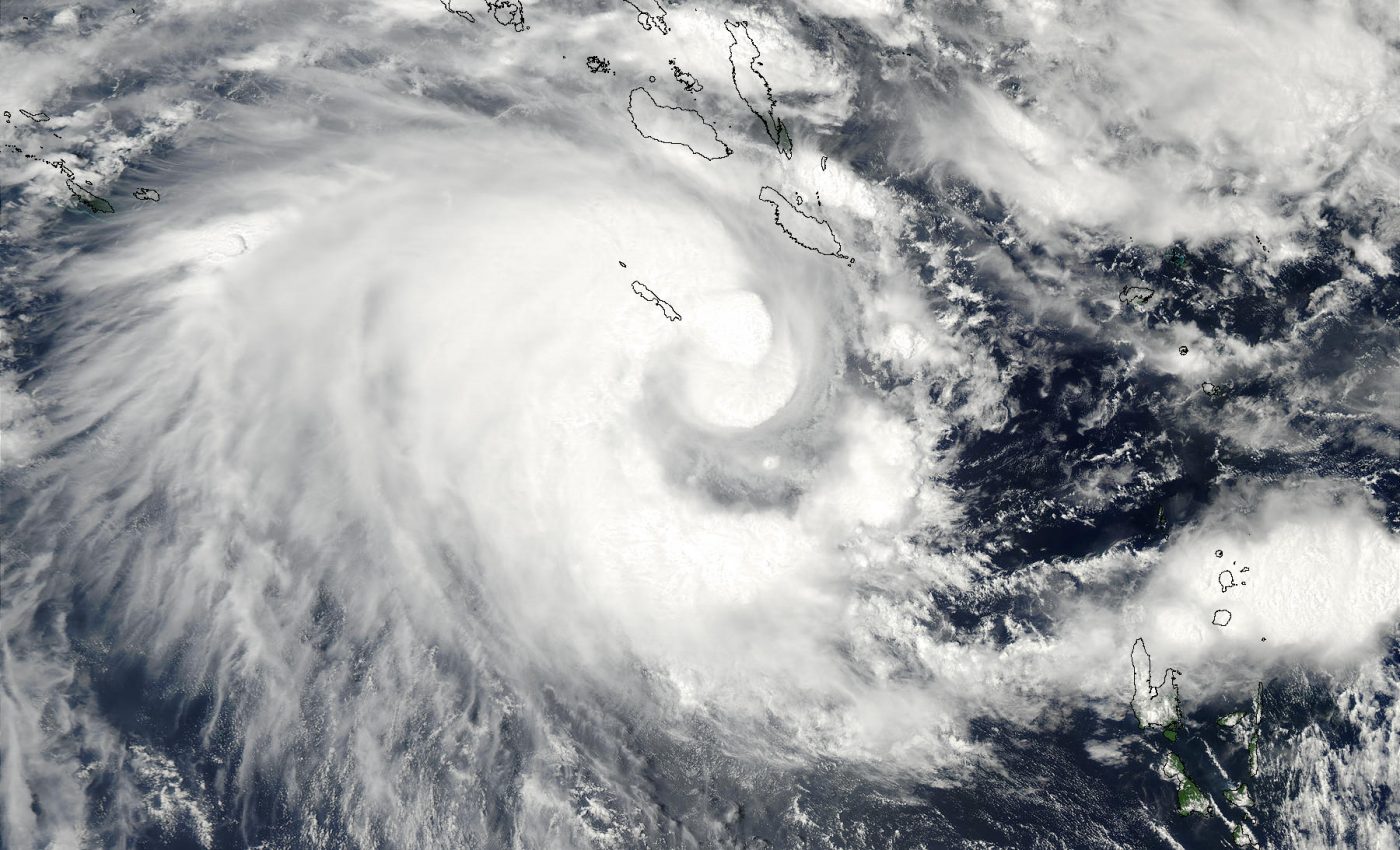 Tropical Storm Beni This true-color image from the MODIS instrument onboard NASA’s Aqua spacecraft shows Tropical Cyclone Beni. Which is located approximately 215 miles south-southeast Honiara, Solomon Islands. Beni’s maximum sustained winds are near 60 mph and the storm is expected to intensify over the next 36-48 hours. Expected movement is towards the south as Beni is influenced by a low to mid-level ridge to the northeast.

Visit the MODIS Rapid Response Team for a copy of this scene at MODIS’ full resolution of 250 meters per pixel.

Severe Tropical Cyclone Beni was an intense tropical cyclone that affected four countries. Also on its 18-day journey across the South Pacific Ocean during January and February 2003. The system originally developed during 19 January as a weak tropical disturbance within the monsoon trough.

Therefore Tropical Storm Beni also to the northeast of the Santa Cruz Islands. Over the next few days the system gradually developed further before it was classified as a tropical cyclone and named Beni during 24 January. Originally, the storm moved slowly towards the west. Initially moving towards the west, the cyclone then made a clockwise loop, and turned south. Beni entered more conductive conditions and began to strengthen while moving southeast. After attaining winds of hurricane-force.