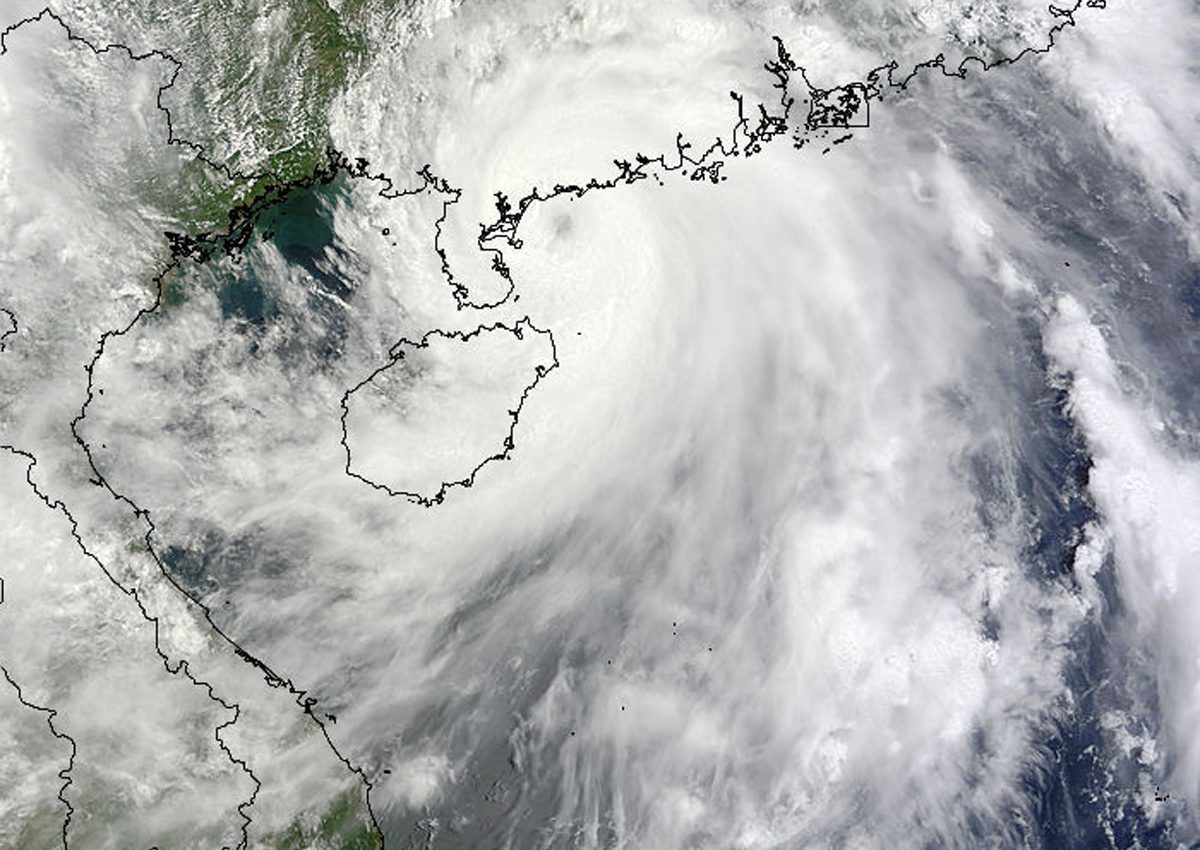 The Moderate Resolution Imaging Spectroradiometer (MODIS) on NASA’s Aqua satellite captured this natural-color image of Chanthu on July 21, 2010. The heart of the storm lies east-southeast of the island of Hainan. Spiral arms brush past the coast of mainland China, including Hong Kong.

Severe Tropical Storm Chanthu, known in the Philippines as Tropical Storm Gener, was a strong tropical storm that produced deadly flooding in Vietnam and Thailand. Originating from an area of low pressure on June 5, 2004, Chanthu was first declared a tropical depression near southern Leyte Island in the Philippines. Tracking west-northwestward, the depression intensified into a tropical storm over the central Philippines before entering the South China Sea. Once over the warm waters of the sea, the system quickly intensified, attaining its peak 10-minute winds of 110 km/h (70 mph) and 1-minute winds of 140 km/h (85 mph). On June 12, the storm made landfall in Vietnam before quickly weakening over land. By June 13, the system had weakened to a tropical depression and dissipated two days later.

In Vietnam, Chanthu wrought substantial damage and killed 38 people. Damage from the storm was estimated at 125 billion Vietnam dong (US$7.9 million), mostly from agricultural losses. One person was also killed in Thailand