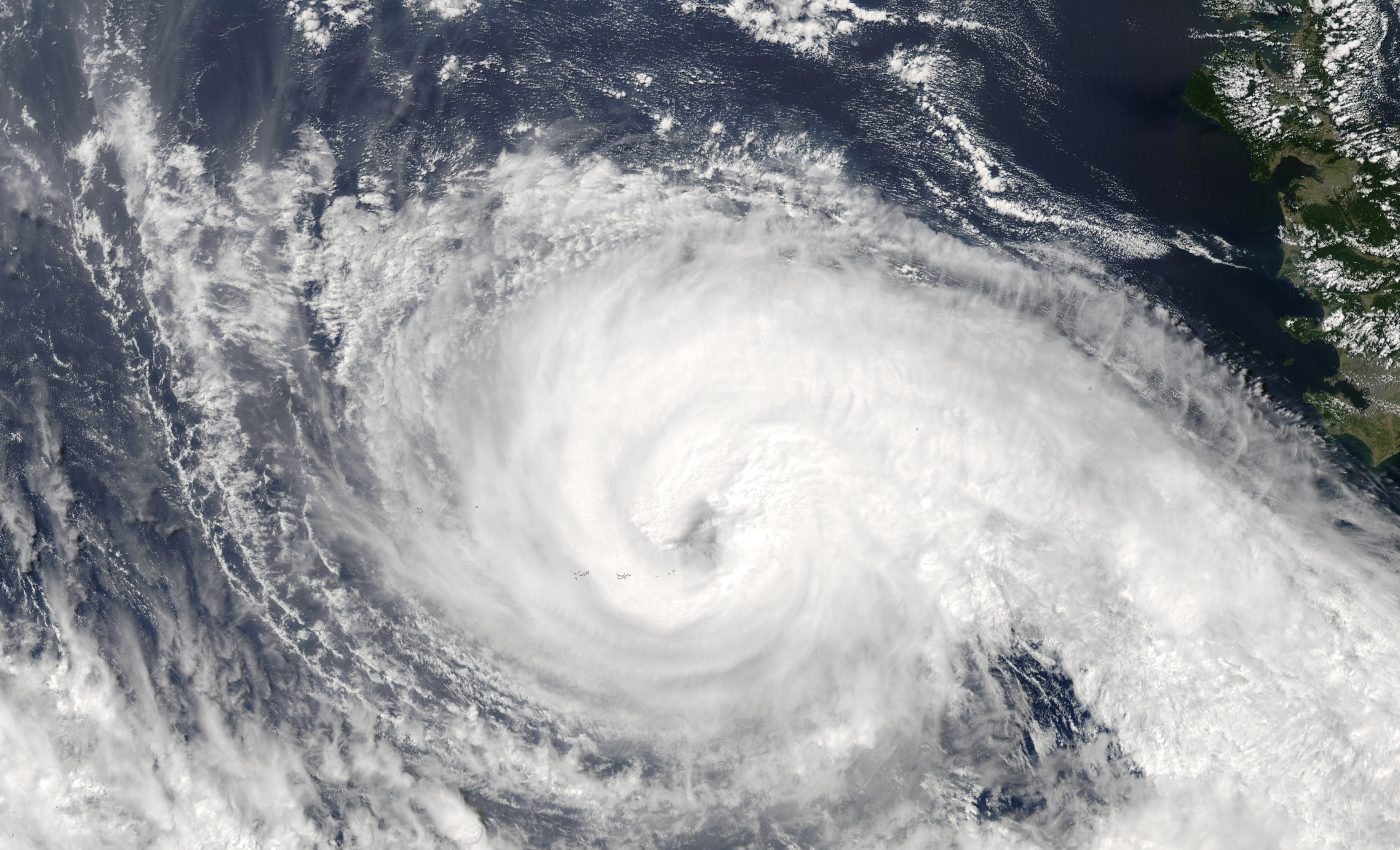 Typhoon Koppu South of Japan. The Moderate Resolution Imaging Spectroradiometer (MODIS) instrument onboard NASA’s Aqua satellite captured this true-color image of Typhoon Koppu on September 29, 2003. In this image, Koppu is located 250 miles north of Iwo Jima. The storm was moving to the north-northeast at 12 mph and packing sustained winds of 75 mph with gusts to 100 mph.

Typhoon Koppu, known in the Philippines as Typhoon Lando, was a powerful and devastating tropical cyclone that struck Luzon in October 2015. It was the twenty-fourth named storm and the fifteenth typhoon of the annual typhoon season. Similar to Goni earlier in the year, Koppu originated from a tropical disturbance east of the Mariana Islands on October 10. Moving briskly west, the system consolidated into a tropical depression the following day and further into a tropical storm on October 13. Situated over the warm waters of the Philippine Sea, Koppu quickly deepened. The storm reached its peak intensity on October 17 with ten-minute sustained winds of 185 km/h (115 mph) according to the Japan Meteorological Agency (JMA). The Joint Typhoon Warning Center assessed Koppu to have been a Category 4-equivalent super typhoon with one-minute sustained winds of 240 km/h (150 mph). The storm subsequently made landfall at this strength near Casiguran, Philippines. Rapid weakening ensued due to interaction with the mountainous terrain of Luzon and the disheveled core of Koppu emerged over the West Philippine Sea on October 19. Unfavorable environmental conditions inhibited reorganization and the system diminished to a tropical depression on October 21.