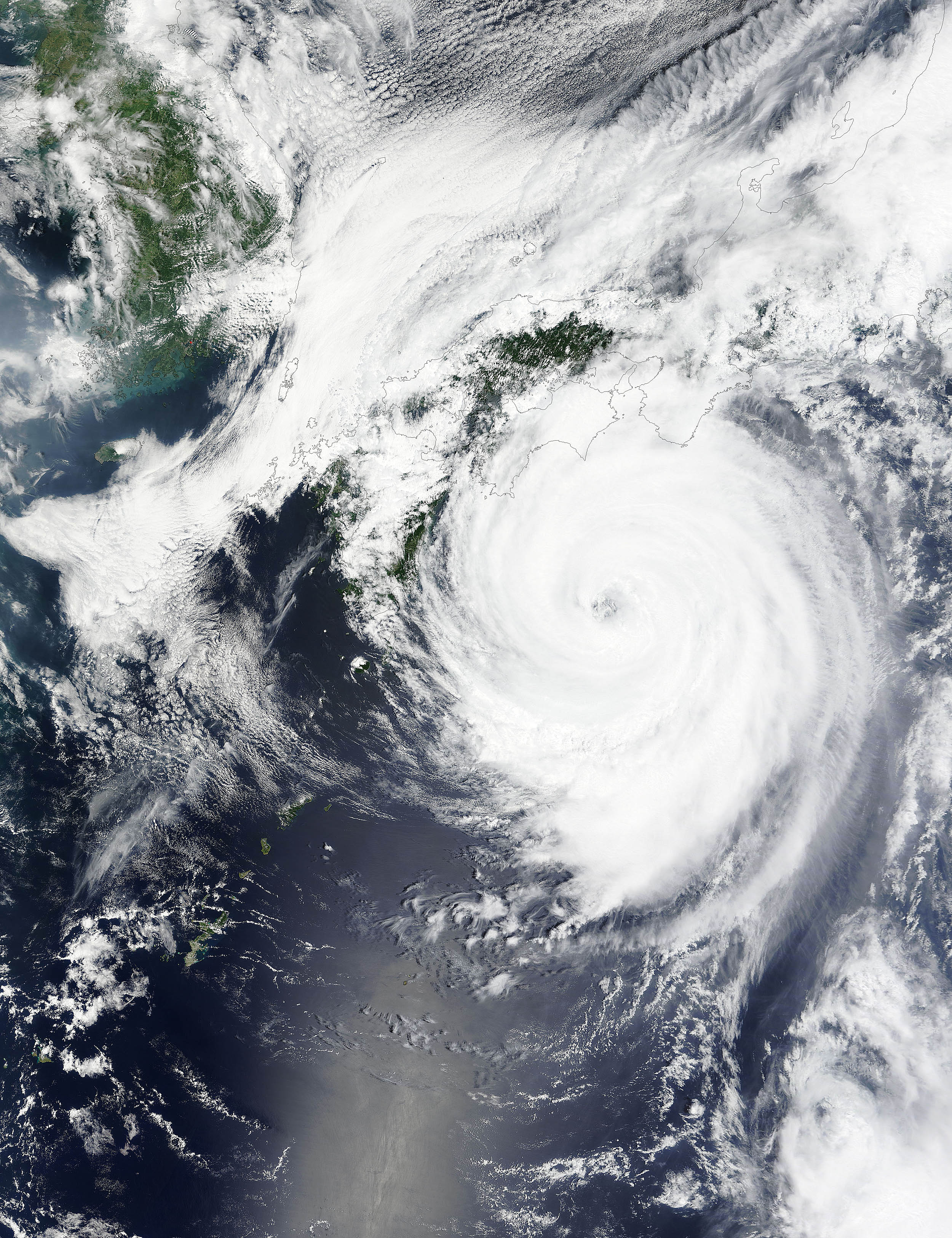 Typhoon Nangka made landfall near Muroto City on the Japanese island of Shikoku near 11:00 p.m. Japan Standard time (1400 UTC) on July 16, 2015, bringing heavy rains across the area. The Moderate Resolution Imaging Spectroradiometer (MODIS) aboard NASA’s Terra satellite captured this true-color image at 0205 UTC (11:05 a.m. JST) that same day. Heavy rain bands on the northwestern edge of the storm are already bringing rain and wind to Japan while the large, partially cloud-filled eye remains well offshore.

Typhoon Nangka, which had been a Category 4 storm several days earlier, made landfall as a minimal Category 1 typhoon. Just before this image was captured, Nangka had maximum sustained winds about 80 mph (130 km/h), and was weakening. Also Typhoon Nangka Over Japan shows in the imaging that it has strong has wind and storms passing through. As well as the heavy rain is down pouring down over the land. Therefore the rain floods and strond winds. Typhoon Nangka Over Japan.

Weather blogger Bob Henson of Weather Underground reported that estimated rainfall rates approached 75 mm (3 in) per hour in the early hours after landfall. “A total of 521 mm (20.51 inches) had fallen by late Thursday at the village of Kamiktayama, south of Osaka,” Henson wrote.

COVID-19 stress can be reduced by learning the facts

Stress and anxiety related to COVID-19 is significantly lower among...

Given the proper land rights, indigenous tribes could save much...

A team of scientists at the British Antarctic Survey has...

In a groundbreaking study led by Monash University, experts have...