Typhoon Soudelor Between Korea and Japan 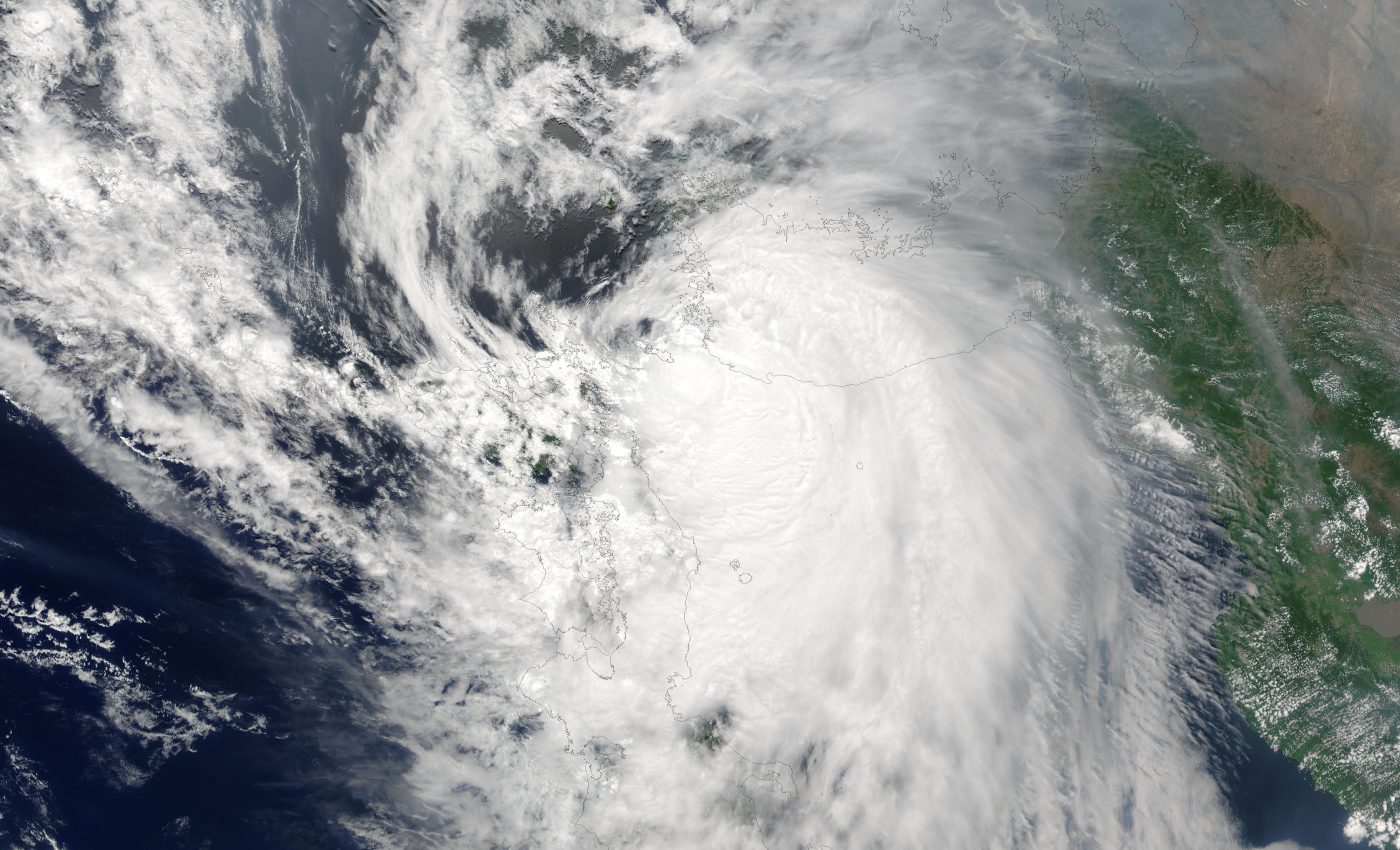 At the time this image was taken Soudelor was packing maximum sustained winds of 70 mph with slightly higher gusts. The Japan Meteorological Agency had issued heavy rain, strong wind, and high wave warnings for southern Kyushu. Therefore was expecting the storm to weaken over the next 12 hours.

Typhoon Soudelor, known in the Philippines as Typhoon Hanna, was the third most intense tropical cyclone worldwide in 2015. Alth0ough after Hurricane Patricia and Cyclone Pam as well as the strongest tropical cyclone of the 2015 Pacific typhoon season. Soudelor had severe impacts in the Northern Mariana Islands, Taiwan, and eastern China, resulting in 40 confirmed fatalities. Lesser effects were felt in Japan, South Korea and the Philippines.

Also The thirteenth named storm of the annual typhoon season, Soudelor formed as a tropical depression near Pohnpei on July 29. The system strengthened slowly at first before entering a period of rapid intensification on August 2. Soudelor made landfall on Saipan later that day, causing extensive damage