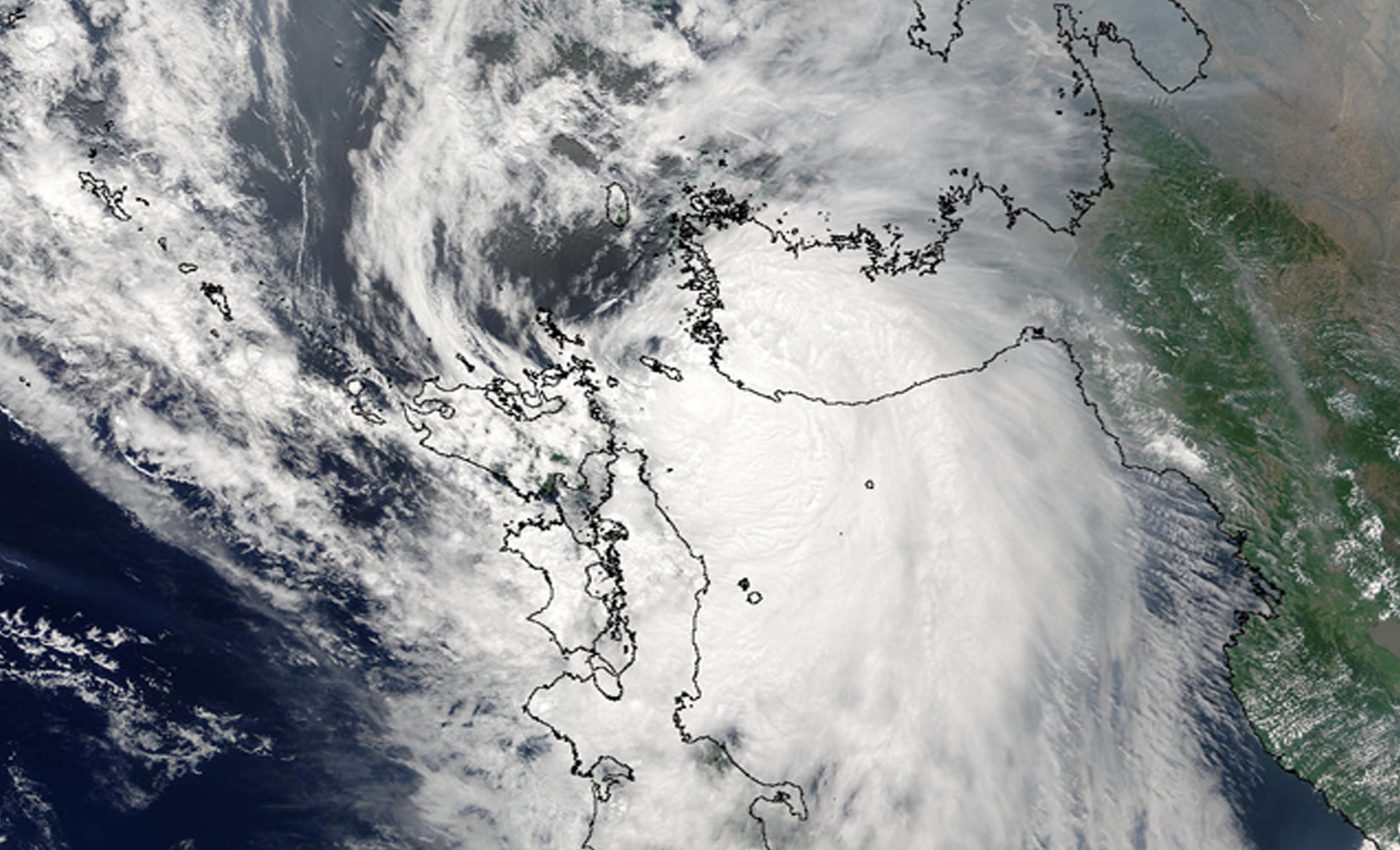 On Thursday, Typhoon Soudelor June 19, 2003, the Moderate Resolution Imaging Spectroradiometer (MODIS) instrument onboard the Aqua spacecraft captured this true-color image of Typhoon Soudelor centered between Korea and Japan at the southern edge of the Sea of Japan.

At the time this image was taken Soudelor was packing maximum sustained winds of 70 mph with slightly higher gusts. The Japan Meteorological Agency had issued heavy rain, strong wind, and high wave warnings for southern Kyushu, but was expecting the storm to weaken over the next 12 hours.

The high-resolution image available here is 1000 meters per pixel. Click for a copy of this image at the sensor’s full-resolution of 250 meters.

After affecting the Philippines, Soudelor moved into an area of low wind shear and with favorable outflow. It became a typhoon on June 17, and quickly developed an eye while rapidly intensifying. The storm struck the Japanese island of Iriomote-jima, where wind gusts reached 204 km/h (127 mph). It also affected Taiwan, where floods covered highways and caused mudslides. Early on June 18, Soudelor reached peak 10‑minute sustained winds of 150 km/h (90 mph).[Subsequently, an increase in shear and the passage of a trough weakened the typhoon and caused it to turn to the northeast. Soudelor weakened to a tropical storm on June 19, and subsequently it passed between Japan and South Korea. It became an extratropical cyclone that day, dissipating on June 24. In Japan, the storm caused widespread power outages, although damage was minimal, and there were 21 injuries. In South Korea, there was $12.1 million in damage and two deaths.