Starburst galaxy NGC 1614 is one of our most luminous neighbors •

Starburst galaxy NGC 1614 is one of our most luminous neighbors 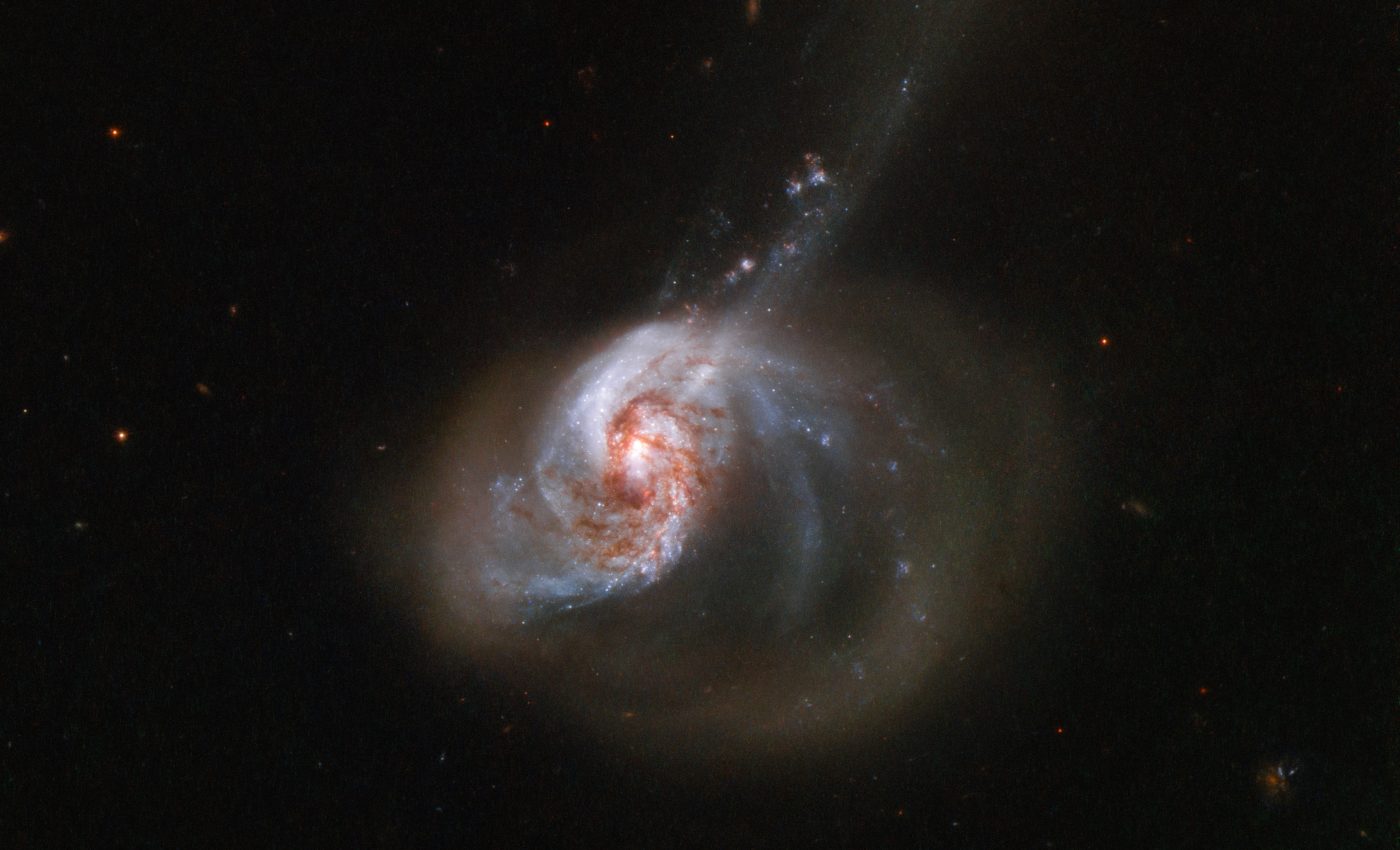 Starburst galaxy NGC 1614 is one of our most luminous neighbors. Today’s Image of the Day from the European Space Agency features NGC 1614, a barred spiral galaxy in the southern constellation of Eridanus.

Located about 200 million light-years from Earth, NGC 1614 is the site of an ongoing cosmic collision of two smaller galaxies, which is how it gets its unusual shape.

The impact of this galactic merger triggered a turbulent flow of interstellar gas from the smaller of the two galaxies into the nucleus of the larger one. According to the ESA, this activity led to a burst of star formation which started in the core and slowly spread outwards through the galaxy. Starburst galaxy NGC 1614 is one of our most luminous neighbors

Astronomers classify NGC 1614 as a peculiar galaxy, a starburst galaxy, a luminous infrared galaxy, and the second most luminous galaxy within 250 million light-years of our planet. A galaxy is a gravitationally bound system of stars, stellar remnants, interstellar gas, dust, and dark matter. The word galaxy is derived from the Greek galaxias (γαλαξίας), literally “milky”, a reference to the Milky Way. Galaxies range in size from dwarfs with just a few hundred million (10) stars to giants with one hundred trillion (10) stars, each orbiting its galaxy’s center of mass.