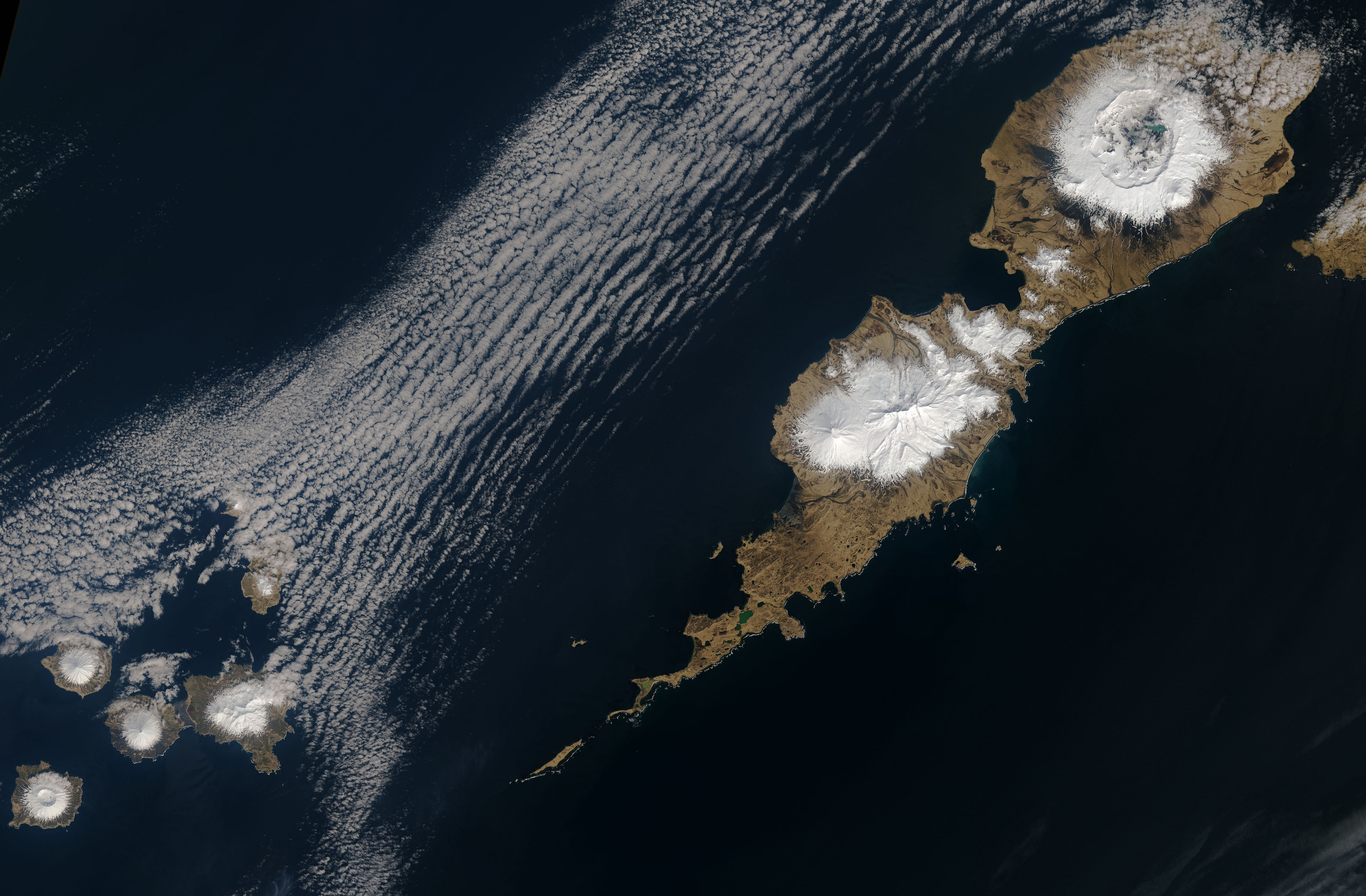 Today’s Image of the Day comes thanks to the NASA Earth Observatory and features a look Umnak Island, the third largest in the Aleutian Island chain.

Umnak Island is covered in volcanoes, including Mount Okmok on its northern end, which erupted in 2008.

Umnak (Aleut: Unmax, Umnax) is one of the Fox Islands of the Aleutian Islands. With 686.01 square miles (1,776.76 km2) of land area, it is the third largest island in the Aleutian archipelago and the 19th largest island in the United States. The island is home to a large volcanic caldera on Mount Okmok and the only field of geysers in Alaska. It is separated from Unalaska Island by Umnak Pass. In 2000, Umnak was permanently inhabited by only 39 people.

The earliest known settlement on Umnak Island is at Anangula and is 8,400 years old. Anangula was later abandoned and the Sandy Beach site became occupied, along with Idaliuk and Chaluka. Most of the early settlements on Umnak were located along the streams. A major geologic event was the cutting of strand flats during the Hypsithermal period, about 8250 to 3000 years ago, which led to a greater natural food supply on the island for the settlers