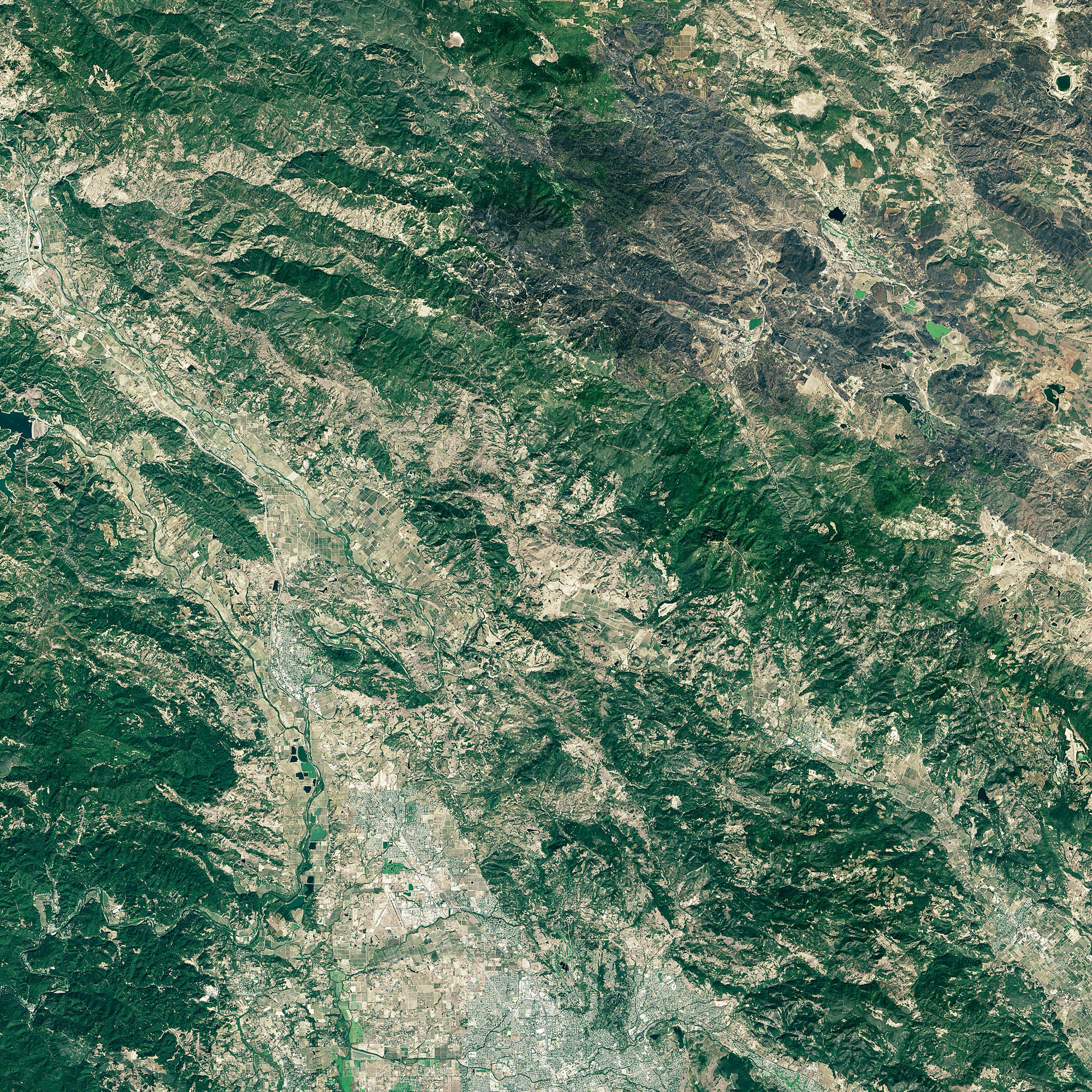 Wildfire Scars California Towns Devastation of the sort that the fast-moving Valley Fire unleashed rarely has a single cause. Long before the blaze started burning through Boggs Mountain State Forest, decades of aggressive firefighting—and too few prescribed fires—left the woodlands overloaded with brush and other fuel. Meanwhile, extreme drought over the past four years has sucked the forests dry of moisture, leaving the trees unusually combustible. An army of destructive bark beetles also has made the pine forests vulnerable.

So when a weather system delivered abnormally hot temperatures and gusty winds to Napa, Sonoma, and Lake counties in northern California, the forests were primed to burn intensely. The first spark likely came from a shed fire in the town of Cobb on September 12, 2015. Once it had escaped the shed, the fire spread with such speed and intensity that firefighters could do little to slow it. Within 48 hours, the inferno had burned an area twice as large as Manhattan as it raced southeast along ridges in Boggs Mountain State Forest toward the communities of Harbin Springs, Anderson Springs, and Middletown.

As wildfire flames pushed toward these towns, thousands of people were forced to flee their homes with little warming. In all, authorities report that 1,910 structures were destroyed, including many at a popular hot springs resort in Harbin Springs. At least three civilians lost their lives; four firefighters were injured. The Valley Fire has already become one of California’s most damaging fires. Only two other blazes—the Cedar fire in 2003 and the Tunnel Fire in 1991—destroyed more structures.

The Operational Land Imager (OLI) on Landsat 8 captured false-color view of the charred landscape on September 20, 2015. The image is a composite based on data OLI collected with its short-wave infrared and near-infrared bands. Newly burned land has a strong signal in short-wave infrared bands, visible as dark red-orange areas. Unburned forests appear gray. Buildings are white. The second image below shows a broader view. According to the California Department of Forestry, the fire had burned 76,067 acres (30,783 hectares) as of September 22, 2015, and it was 75 percent contained.

The image at the bottom of the page shows a natural-color view of Middletown. Burned areas appear gray. To see ground photography showing the extent of the damage in Anderson Springs and Middletown, see these reports from the Los Angeles Times and Newsweek. A resident fleeing Anderson Springs captured harrowing video from inside the fire perimeter on September 12, 2015.