Hidden Shoals On The Northern Slope Of The Beaufort Sea • Earth.com

Hidden Shoals On The Northern Slope Of The Beaufort Sea 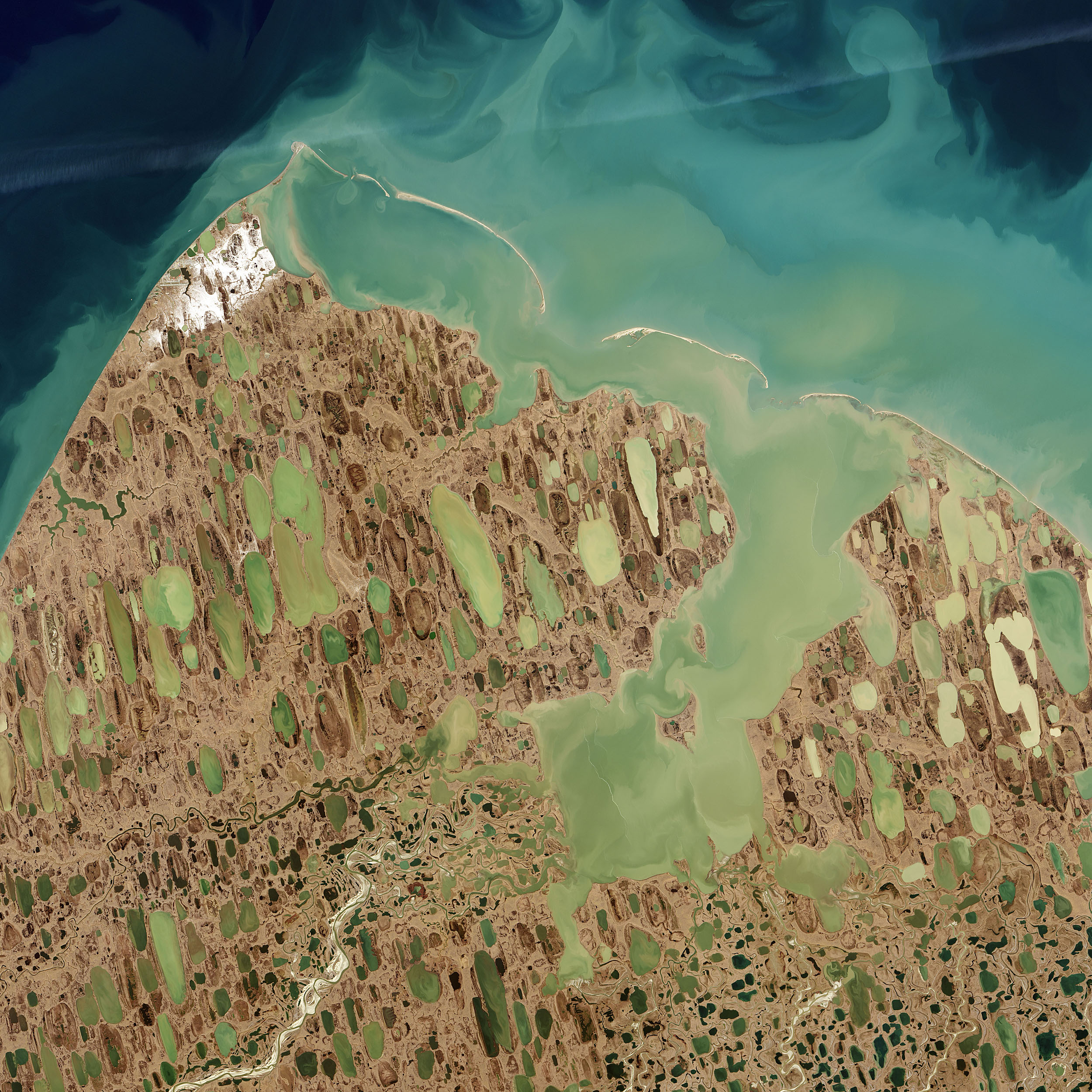 On a recent nautical chart of the Beaufort Sea, in a place where the long, narrow Tapkaluk Islands separate the sea from the shallow Elson Lagoon, a massive underwater shoal appears just west of the entrance to the lagoon. On the chart it looks like a massive blue thumb jutting into the sea from Alaska’s North Slope. The National Oceanic and Atmospheric Administration (NOAA) identified this potential 6-mile-long, 2-mile-wide navigation hazard using Landsat satellite data. Therefore Hidden Shoals On The Northern Slope Of The Beaufort Sea has caused a lot of damage.

Looking at natural-color Landsat imagery of this area, no shoal jumps out to the naked eye. The image above was acquired by the Operational Land Imager on Landsat 8 on September 6, 2014, and it captures the swirling sediments typical of the North Slope and Elson Lagoon. Those suspended sediments block most of the light that would normally be reflected by the seafloor.

Seafloor reflectance is what typically enables researchers to estimate water depth, a technique known as satellite-derived-bathymetry (SDB). In regions like the North Slope—where the waters are turbid and access to hydrographic survey vessels is limited—scientists are developing ways to derive the bathymetry from multiple satellite images taken on different dates. They employ traditional SDB techniques, examining the seafloor reflectance on different dates; they also analyze those images for differences in the swirl of suspended sediment in the water column. From these two approaches, they can detect signs of underwater shoals, gas plumes, or other seafloor formations.

The approach is experimental, and it is only used for reconnaissance now. Until a survey vessel is dispatched to the North Slope, the exact depths around this potential shoal cannot be known. But the potential for a large, shallow shoal provoked NOAA to add it to the chart and alert mariners to the potential danger. Hidden Shoals On The Northern Slope Of The Beaufort Sea

It was around 1950 that a hydrographic survey ship last took depth measurements in these waters. At the time, surveyors built their maps from a single-beam echo sounder and visual navigation. The data points were laboriously merged with shoreline and hazard information to create a chart. Given the low ship traffic in the region for many years afterward, updating the chart was a low priority compared to other high-traffic areas.

But things change. Fishing and water-commuting traffic have increased in the area, as has marine tourism. But that’s not all: Bottom depths have changed as currents, erosion, and sediments have sculpted the seafloor.

“NOAA is now been using Landsat imagery for chart adequacy assessment and mission planning,” said Shachak Pe’eri, a professor from the Joint Hydrographic Center at the University of New Hampshire. Pe’eri and Lieutenant Anthony Klemm, a NOAA Corps Officer in the Marine Chart Division, have developed new NOAA policies for prioritizing ship-based hydrographic surveys based in part on assessments from satellite-derived-bathymetry.

“These charts are considered intermediary, but they can be made publicly available and used until a proper hydrographic survey can be performed,” Pe’eri explains. Such was the case with nautical chart 16081; NOAA is now warning mariners of the massive shoal suggested by the Landsat data.

“We’re making charts safer up there,” Klemm says, “and that’s so exciting.”