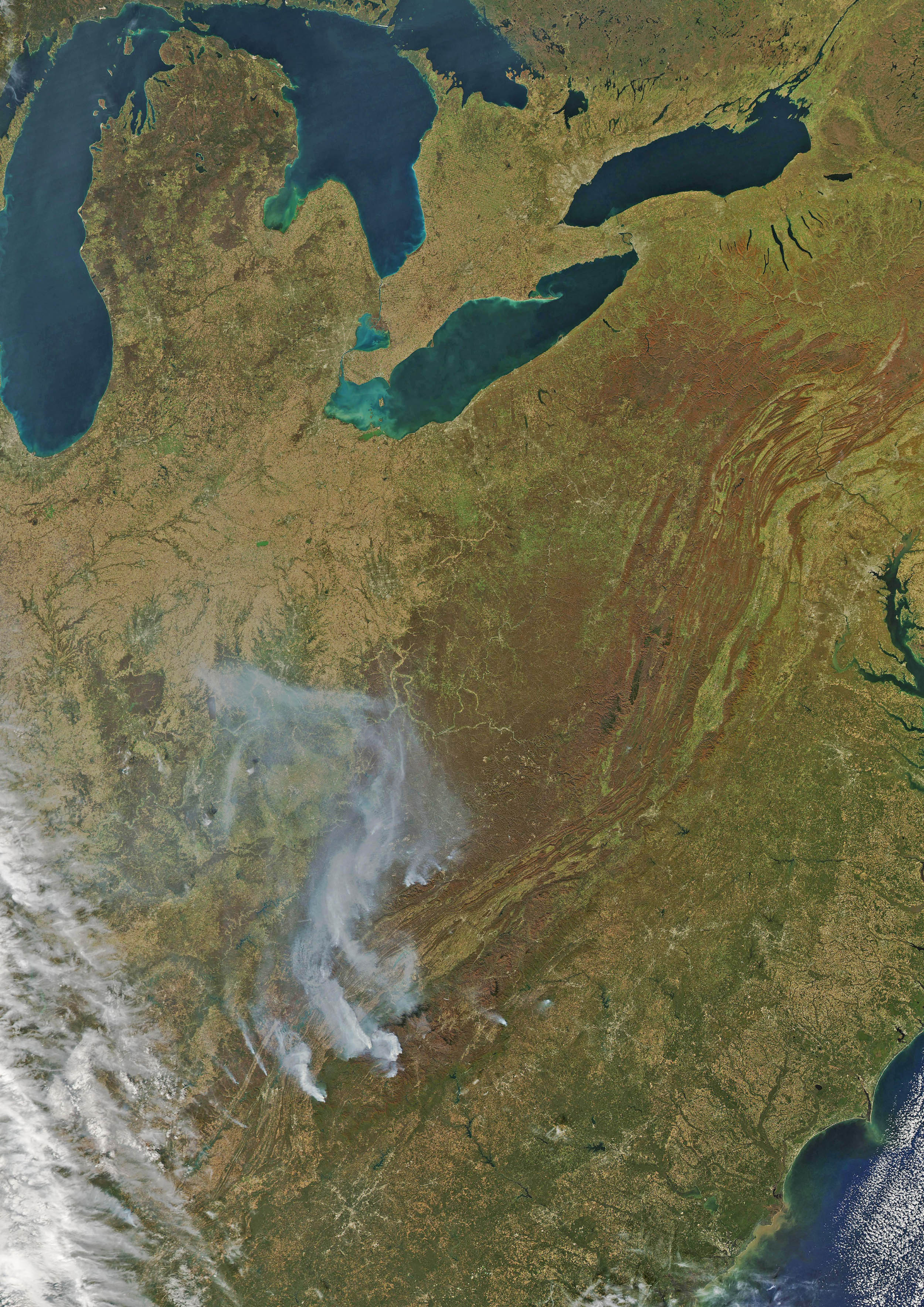 Wildfires in the southeastern United States are usually small and do not produce much smoke compared to the big blazes in the western United States, Canada, or Russia. But a cluster of fires in Georgia, North Carolina, Tennessee, and Kentucky in November 2016 defied that trend. 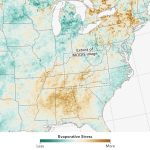 The ongoing—and in some areas record-breaking—drought began in May 2016 and intensified throughout the summer. By November, data from the U.S. Drought Monitor showed exceptional drought—the highest level on the scale—across parts of Mississippi, Alabama, Georgia, Tennessee, and North Carolina. All of the American Southeast, except for coastal areas, faced at least moderate drought.

The map above shows areas that have faced intense evaporative stress between October 6 and November 6, 2016, as represented by the Evaporative Stress Index (ESI). The ESI is not a measure of precipitation; rather, this dataset is based on observations of land surface temperatures (collected by National Oceanic and Atmospheric Administration’s geostationary satellites) and on observations of leaf area index from NASA’s Terra and Aqua satellites. The combination makes it possible to gauge evapotranspiration—how much water is evaporating from the land surface and from the leaves of plants. Measuring evapotranspiration is useful because unusually low evapotranspiration is an early indicator that plants are facing stress—even if the leaves have not wilted or turned brown yet.