Wolf Volcano In The Galapagos Erupts 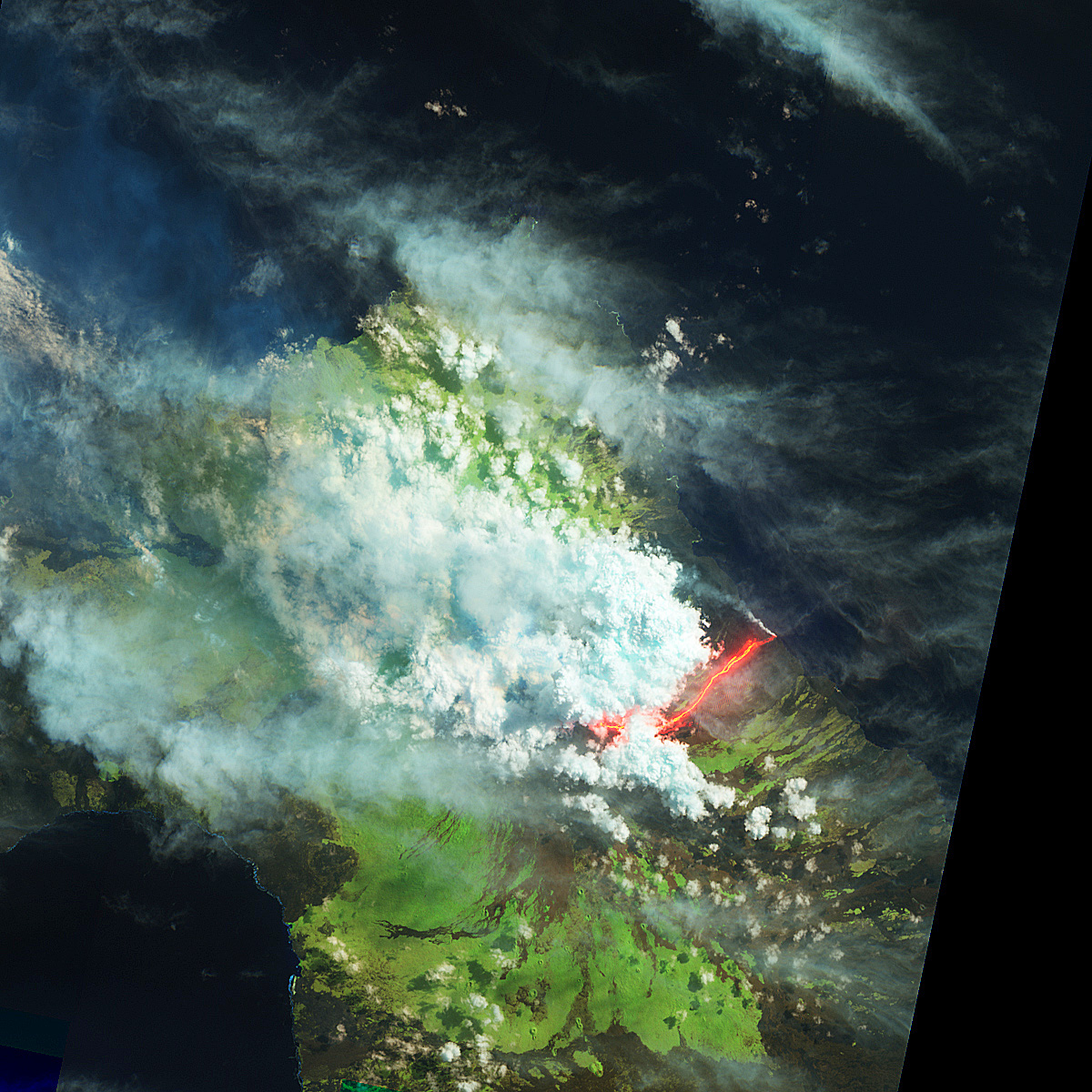 On May 25, 2015, Wolf volcano in the Galapagos Erupts, the highest peak in the Galapagos, began erupting for the first time in 33 years. Despite extensive cloud cover, the Advanced Land Imager (ALI) on the Earth Observing-1 satellite acquired this view of lava flowing into the ocean on May 28, 2015.

Wolf volcano is located on the northern part of Isla Isabela, the largest island in the Galapagos. According to local authorities, the flow poses no risk to a unique colony of pink iguanas living nearby.

The Galápagos Islands (official name: Archipiélago de Colón, other Spanish name: Las Islas Galápagos, Spanish pronunciation: [las ˈislas ɣaˈlapaɣos], local pronunciation: , part of the Republic of Ecuador, are an archipelago of volcanic islands distributed on either side of the equator in the Pacific Ocean surrounding the centre of the Western Hemisphere, 906 km (563 mi) west of continental Ecuador. The islands are known for their large number of endemic species and were studied by Charles Darwin during the second voyage of HMS Beagle. His observations and collections contributed to the inception of Darwin’s theory of evolution by means of natural selection.

The Galápagos Islands and their surrounding waters form the Galápagos Province of Ecuador, the Galápagos National Park, and the Galápagos Marine Reserve. The principal language on the islands is Spanish. The islands have a population of slightly over 25,000. Wolf Volcano In The Galapagos Erupts.