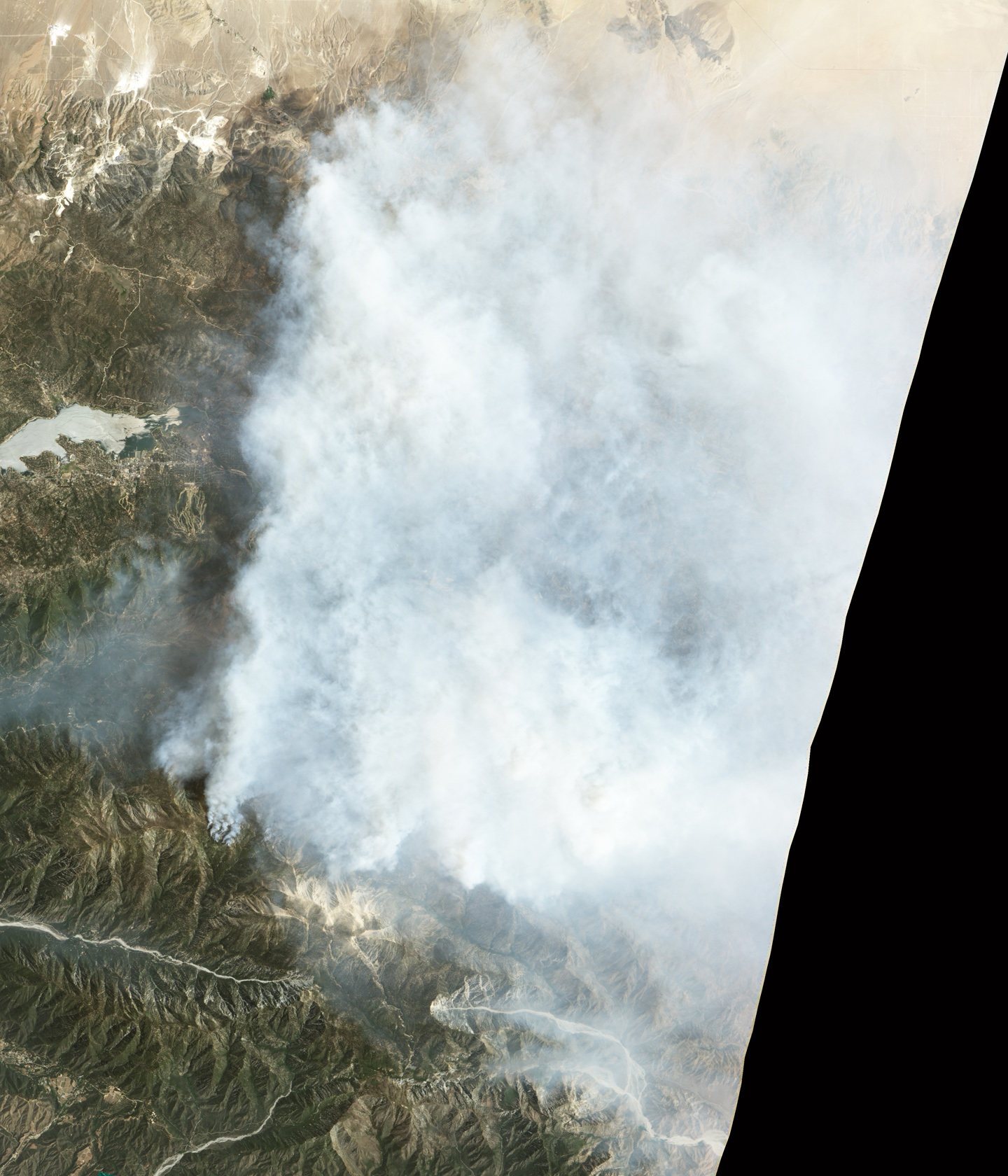 Fire and Smoke in San Bernardino National Forest. Fueled by hot, dry winds, the Lake fire has been spreading through California’s San Bernardino National Forest. The blaze, located about 130 kilometers (80 miles) east of Los Angeles, was first reported on June 17, 2015, and grew quickly on June 18. By the afternoon of June 22, the fire had burned 70 square kilometers (17,305 acres) and was 21 percent contained.

When these images were acquired on June 20, the fire had burned about 60 square kilometers (15,000 acres) and was 10 percent contained. Westerly winds blew smoke away from Los Angeles, but caused smoke advisoriesto be issued in the Yucca and Morongo valleys to the east and the Lucerne Valley to the north. Download the larger natural-color image to see the wider extent of the plume.

According to a June 22 news report, the fire was the largest to burn in a California national forest so far in 2015, and fire fighting costs were around $5 million. InciWeb reported that the fire was threatening about 500 structures, and evacuations were in place for all areas east of Angelus Oaks.