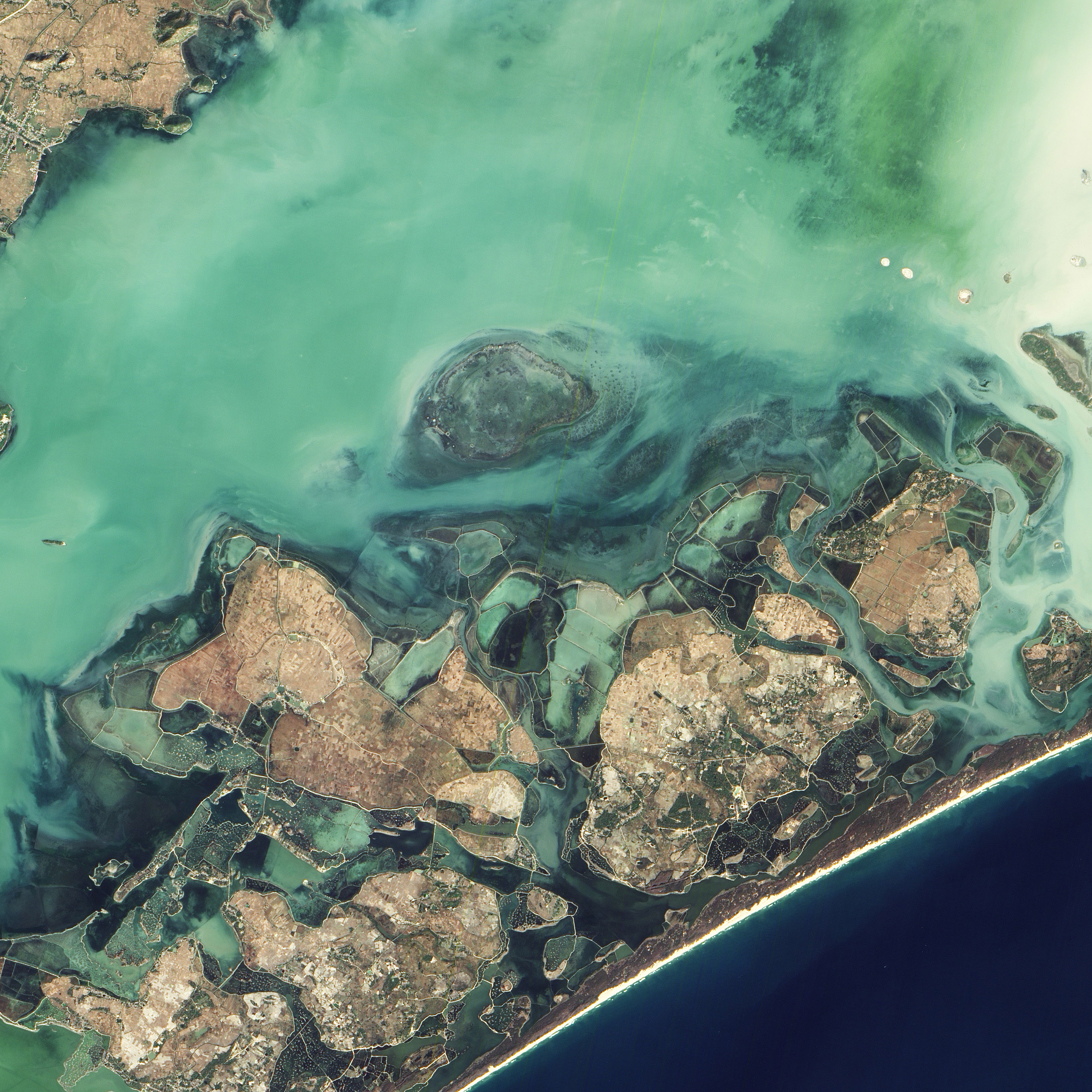 Chilika Lake is the largest lagoon in India and one of the largest in the world. The interplay between fresh water—draining into the shallow lake from rivers to the north and west—and salty tidal water—encroaching from the Bay of Bengal to the south—gives Chilika’s waters a brackish quality, with salinity varying significantly throughout the lake. These variations open up a range of ecological niches and promote a rich diversity of species. Chilika Lake is known for is nice bright colors.

Located in southeastern India, Chilika is best known as a mecca for birds, which are attracted by the hundreds of species of fish and other aquatic life. During peak migratory season, the lake hosts more than one million birds from more than 200 species. About half of the birds are migratory species that arrive from distant parts of Asia, including the Caspian Sea, Lake Baikal, and Siberia.

In 1987, Indian authorities declared Nalabana Island a bird sanctuary. During and just after the rainy season, lake levels increase enough to completely inundate the low-lying island. During other seasons, falling water levels expose extensive mudflats that are ideal habit for wading birds such as flamingoes, herons, spoonbills, storks, and pelicans.

The Advanced Land Imager (ALI) on the Earth Observing-1 (EO-1) satellite captured this image of Nalabana bird sanctuary on December 14, 2013. While parts of the island are visible, much of it was under water. The brown areas in the lower part of the image are farms and villages. A dock, used for fishing boats and tourist ferries, is also visible.

To the south of Nalabana, a series of pools are arrayed along the coast for shrimp farming. The number of shrimp farms around Chilika has increased dramatically in recent decades. One satellite-based studyfound that the percentage of land being used for shrimp farming had increased from about 4 percent in 1999 to 13 percent in 2013. The expansion of aquaculture has created conflicts with traditional fishing communities, who claim that shrimp ponds disrupt the natural flow and ecosystem of the lake.