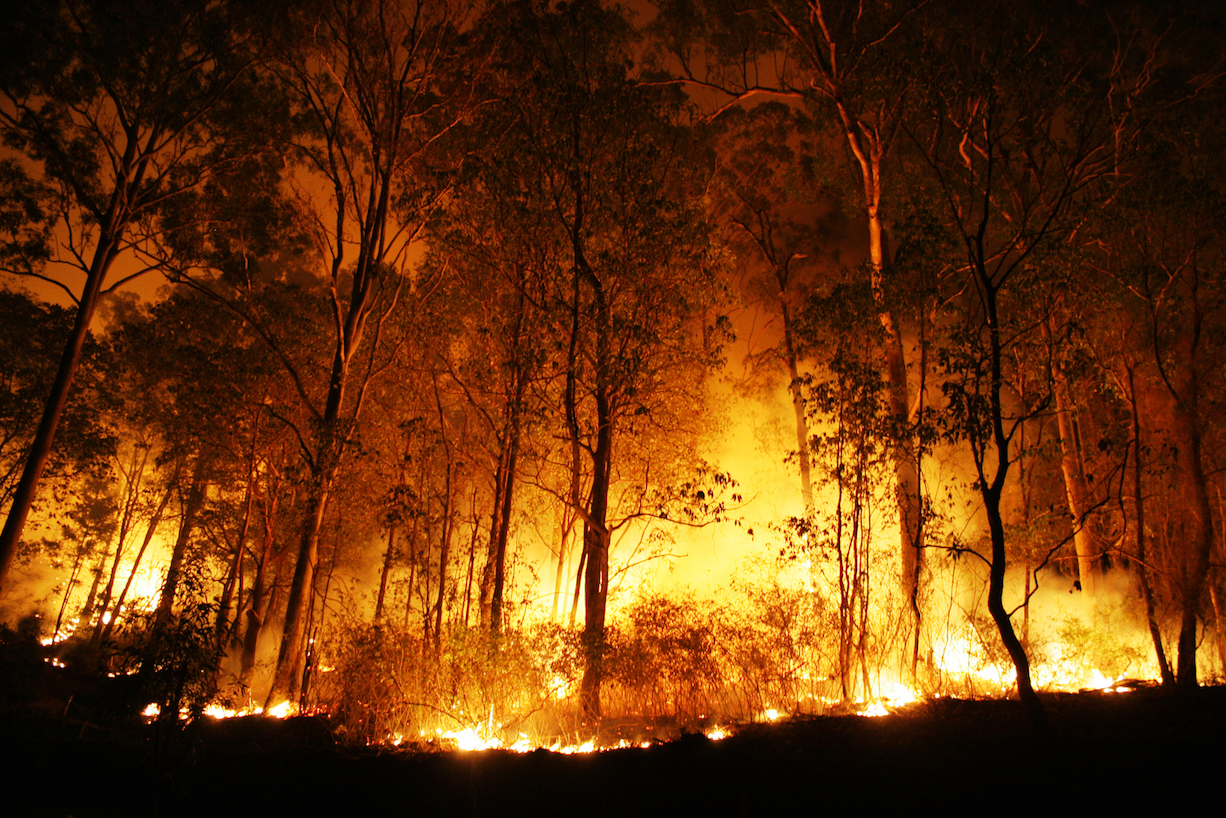 Multiple wildfires in California have displaced 20,000 people and destroyed thousands of homes and businesses. Over 221,000 acres have burned, 40 people have been killed, and there is no end in sight as experts say the conditions are ideal for the fires to continue to grow.

The following are some of the worst fire disasters in the history of the United States.

Also known as The Big Burn, The Great Fire of 1910 is believed to be the largest in history. The fire devastated 3 million acres across Washington, Idaho, and Montana. 87 people were killed, most of whom were firefighters. The cause of the fire has never been determined.

The deadliest fire in recorded history struck Peshtigo, Wisconsin in 1871, killing between 1,200 and 2,500 people. The fire gained momentum when smaller fires were fueled by dry conditions and winds that reached over 110 miles per hour. The disaster destroyed 12 communities and 1.2 million acres.

Fires that struck Michigan in 1871 are collectively known as The Great Michigan Fire. The firestorm destroyed 2.5 million acres. An estimated 500 people were killed and hundreds of families were displaced. It is believed that lightning or meteor showers initiated the fires.

The Cloquet Fire was the worst natural disaster in the history of the state of Minnesota. Over 450 people were killed in the fire, and tens of thousands were either injured or displaced. The massive fire, which destroyed 250,000 acres, was caused by sparks on the railroad tracks in a time of extreme drought.

Simultaneous fires burning in the states of Washington and Oregon in 1902 are known as the Yacolt Burn. 500,000 acres were destroyed and over 60 people were killed. One fire was started by locomotive while another fire was started by boys who were torching a bee’s nest. Hunters, campers, and lightning were also reported as likely sources of the fires.

A wildfire that broke out in Alaska in 2004, known as The Taylor Complex Fire, burned over 1.3 million acres. This fire was the worst of the record-breaking 2004 Alaska fire season when 701 fires destroyed 6.6 million acres. 426 of these fires were started by people and 215 fires were caused by lightning.

Also known as the “Summer Of Fire,” the disaster in Yellowstone National Park started out as many small fires until wind and drought brought the flames together to form one massive fire that burned for several months. Overall, 793,880 acres of the park were damaged.

This season led to the most expansive evacuation in California’s history, displacing over a million people. 500,000 acres from Santa Barbara County all the way to the U.S.-Mexico border burned in total.

The Great Hinckley Fire is one of the deadliest in the history of the United States, killing 418 people. The firestorm was fueled by severe drought and burned 200,000 acres in only around four hours.