What made the 2017 hurricane season so violent? • Earth.com 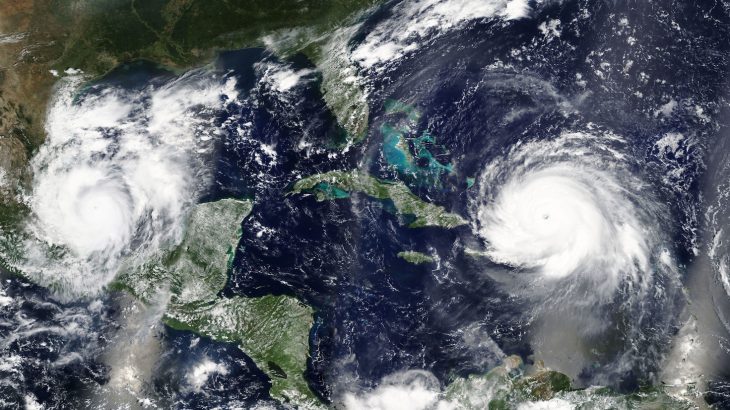 What made the 2017 hurricane season so violent?

The 2017 hurricane season in the North Atlantic was abnormally intense. With a total of six major storms, the sheer volume of individual hurricanes was almost two standard deviations above the average number in a normal year. Three of the hurricanes made landfall over the Gulf Coast and the Caribbean, resulting in enormous loss and damage.

Now, a new study published in Science has found that the warming of the tropical Atlantic relative to the rest of the world’s oceans may have been a key factor in this outlier of a hurricane season. By using high-resolution computer models, Hiroyuki Murakami of the Geophysical Fluid Dynamics Laboratory at Princeton University and colleagues assessed the season from July 1st to November 30th, and found that moderate 2017 La Niña conditions – where water cools in the equatorial Pacific and can result in hurricane activity – were actually not the major causes of the enhanced hurricane activity that year.

In their study, the research team also predicts that a similar pattern of sea surface warming in the North Atlantic will likely lead to an increased number of hurricanes in future years, as it occurs in parallel with increases in greenhouse gas concentrations and decreased aerosol pollution. While they state that further refinement is needed in the simulation models in order to determine the impact of specific human-made activities on hurricanes, it’s clear that hurricane season is not getting calmer anytime soon.