A complicated story of tooth evolution among reptiles • Earth.com 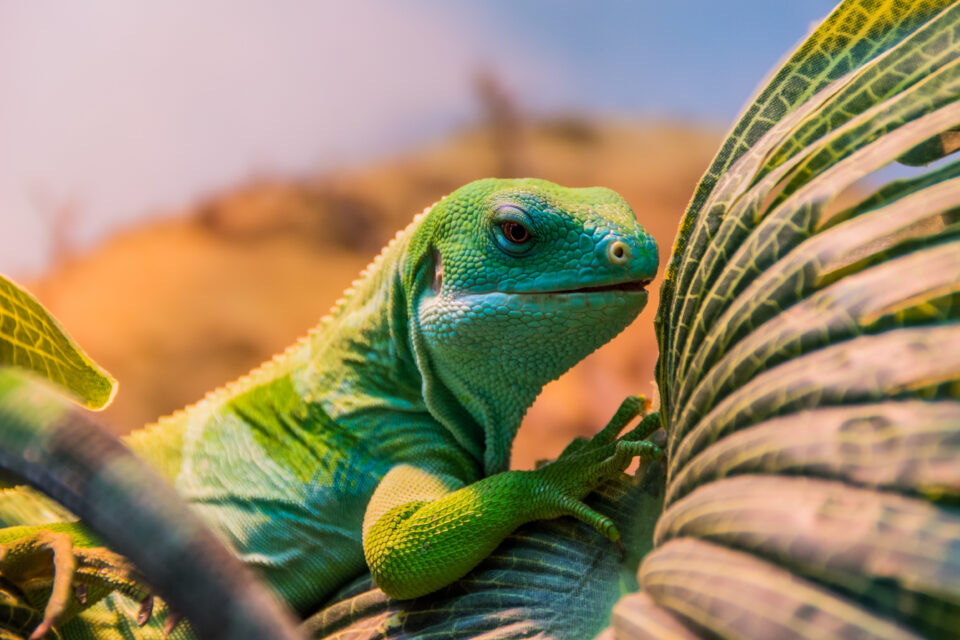 A complicated story of tooth evolution among reptiles

The evolutionary success of mammals is commonly associated with the unidirectional development of complex teeth. New research led by the University of Helsinki has found that plant-eating reptiles such as lizards share this success, but through bidirectional tooth evolution.

As opposed to the unidirectional evolution of complex teeth in mammals, the study concluded that several lizard groups evolved teeth with multiple cusps that facilitated diets based around the consumption of plants, resulting in a higher rate of species development. This tooth evolution was ultimately more flexible than that of mammals, providing new insights into the nuances of teeth and dietary adaptations.

“The teeth of squamates have received limited attention, even though they twice outnumber mammals in species numbers, and span many habitats and geographic ranges,” said study co-author Professor Nicolas Di-Poï.

By performing comparative analysis on the dietary and tooth-shape data of over 500 different living and fossil species, the research team discovered that squamates, the ancestor to all snakes and lizards, initially had simple peg-like teeth that facilitated feeding on insects.

Complex teeth bearing multiple cusps (such as those found in early mammals) later developed from these peg-like teeth, evolving in a bidirectional fashion across multiple different lizard lineages. This allowed many lizard groups to evolve from surviving purely on insects, allowing them to form plant-rich diets, forming a feedback loop in some cases which resulted in the evolution of even more complex teeth.

However, many lizard lineages also lost their complex teeth through the process of re-evolving the morphology of the ancestral simple tooth. “This came as a complete surprise, as complex teeth appear as a critical innovation for both squamates and mammals,” said study co-author Fabien Lafuma.

The researchers concluded that this bidirectional evolution towards plant consumption presented an evolutionary advantage, as both of these traits favored an increase in species development.

Ultimately, the study suggests that land-dwelling vertebrates experience a similar selective pressure to develop more cusps and thus increase their consumption of plants. The bidirectional nature of teeth evolution in squamates remains unique to mammals however, with numerous lineages reducing complexity over time.

The team concluded that the difference could stem from variations in tooth development, with minor molecular changes having the potential to result in widely different outcomes across evolutionary time scales. “This work gives us a more nuanced understanding of how the same critical adaptation evolved in different vertebrate groups,” said Lafuma.