A plant-based diet can transform your health and body • Earth.com 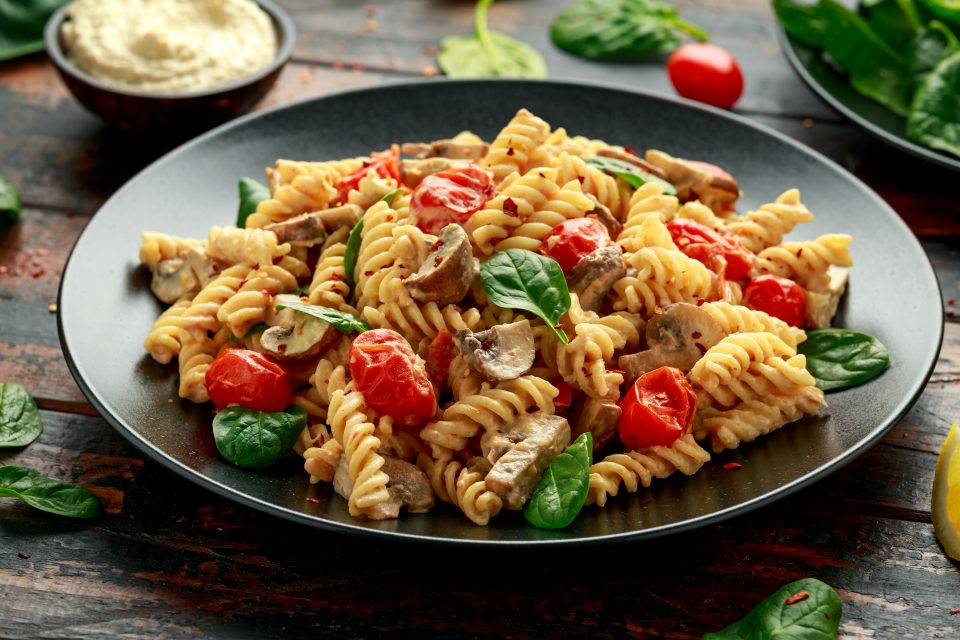 In a new study from the Physicians Committee for Responsible Medicine, experts report that a plant-based diet can transform the health of individuals who are overweight. The researchers found that the benefits of a plant-based diet begin with a metabolism boost, and then spread throughout the body.

Beyond weight loss, study participants experienced cardiometabolic improvements that can reduce the risk for type 2 diabetes, heart disease, and many other health issues.

“These findings are groundbreaking for the 160 million Americans struggling with overweight and obesity,” said study lead author Dr. Hana Kahleova. “Over the course of years and decades, burning more calories after every meal can make a significant difference in weight management.”

The participants, who were overweight and had no history of diabetes, were randomly assigned to an intervention or control group. Individuals in the intervention group followed a plant-based diet focused on fruits, vegetables, whole grains, and legumes with no calorie limit, while individuals in the control group made no dietary changes. Unless directed by a physician, none of the participants changed their exercise or medication routines.

After 16 weeks, members of the plant-based group had increased their after-meal calorie burn by an average of 18.7 percent, and had lowered their body weight by about 14 pounds. These individuals also saw significant drops in visceral fat volume, which is dangerous fat that builds up around the internal organs.

In collaboration with experts at Yale University, the researchers used magnetic resonance spectroscopy to track the accumulating fat in muscle and liver cells. The team discovered that individuals in the plant-based group had reduced fat inside their liver and muscle cells by 34 and 10 percent, respectively. Fat stored in these cells is linked to insulin resistance and type 2 diabetes.

“When fat builds up in liver and muscle cells, it interferes with insulin’s ability to move glucose out from the bloodstream and into the cells,” said Dr. Kahleova. “After just 16 weeks on a low-fat, plant-based diet, study participants reduced the fat in their cells and lowered their chances for developing type 2 diabetes.”

The study offered new insight into the link between insulin resistance and the fat contained within cells. Participants on a plant-based diet showed decreased fasting plasma insulin concentration, decreased insulin resistance, and increased insulin sensitivity – which are all positive results. In addition, members of the plant-based group substantially reduced their “bad” cholesterol levels.

Out of all of the body and health improvements achieved by the intervention group, the control group saw no significant changes.

One study participant known as Sam not only improved his metabolism during the 16-week plant diet, but also lost 34 pounds. “I plan to stay on this diet for good. Not just for 16 weeks, but for life.” In the time since the research concluded, Sam has stuck with a plant-based diet, reached his goal weight, and has started running marathons.