A plant’s response to light can be manipulated • Earth.com 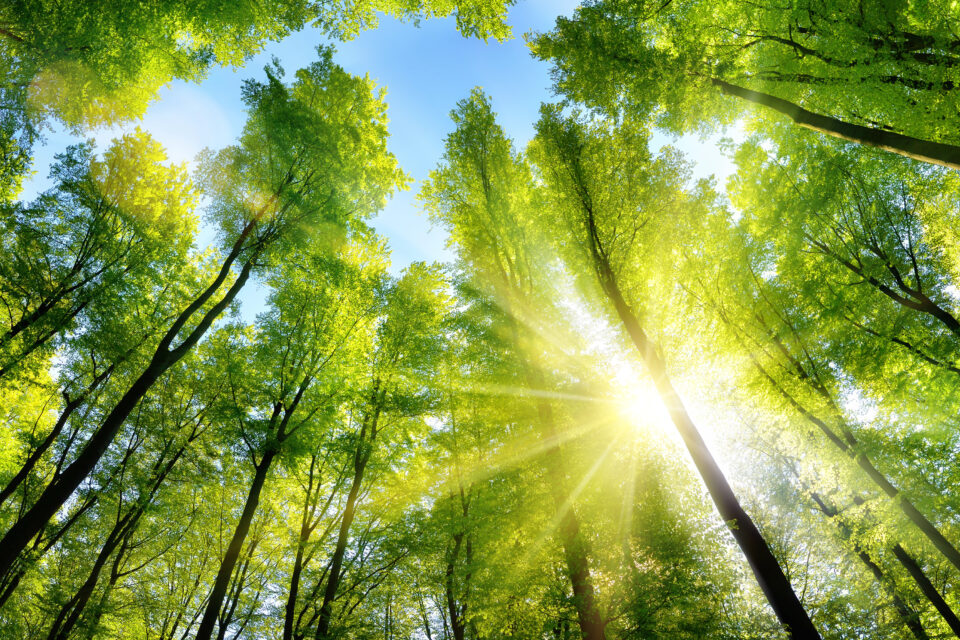 A plant’s response to light can be manipulated

Plants interact with their environments and are exceptionally sensitive to changes in light intensity and temperature. This enables them to respond to seasonal fluctuations in day length, to “sense” morning and evening times, and to avoid the shading effects of other, nearby vegetation. Light and temperature are thus important environmental cues that affect almost all aspects of plant growth and development.

Previous research has shown that a light-sensitive protein, called phytochrome B (PHYB), is involved in a plant’s ability to detect light and temperature conditions. This protein conveys information into the cell that changes the expression of genes by switching some on and others off.

Gene regulation by PHYB alters the plant’s growth responses. But phytochrome B cannot interact directly with the plant’s DNA. For that, plant cells rely on a family of eight proteins called phytochrome-interacting transcription factors (PIFs).

Professor Meng Chen of UC Riverside is the lead author of a recent study investigating the exact biochemical means by which PHYB controls the activity of PIFs. She explained that the PIF protein activity is directly controlled by phytochrome.

The research finds that, in addition to controlling the amount of PIFs that accumulate in plant cells, light-activated phytochrome B also inhibits the activity of the PIFs.

“PIFs are like chefs in a restaurant. You can regulate the number of them. Get rid of half, for example and you reduce the restaurant’s productivity,” explained Chen.

“Alternatively, you could keep all chefs – in our case, PIFs – but tie up their hands. That could also slow down their work the same as getting rid of half of them. That’s what we’re saying.”

These transcription factors have two parts that enable them to carry out this function; one part that binds to genes, and one that activates the genes. This controls the extent to which plants perform different functions, such as growing stems, growing leaves or flowering.

The study by Professor Meng and colleagues pinpointed the precise location on the PIFs where a plant’s genes are activated. This is the first time that activator regions have been located in plant cells.

In order to achieve this, the researchers chopped the PIF proteins into small sections and tested experimentally whether any of the pieces was able to activate the genes of cress plants, Arabidopsis thaliana. They found that one of them was able to do this.

For more detail, the scientists then changed the amino acids on a PIF, where they believed the activator region to reside, and observed how the plant responded. This allowed them to be sure where the gene activator region is located as well as how it is built.

“This approach allowed us to surprisingly recognize the similarities between this part of the PIF in plants and a tumor-suppressing protein in humans.” In fact, Professor Chen said that the basic gene activation mechanisms in plant, yeast, and animal cells bear remarkable similarities to one another.

“Plants, animals, and fungi (like baker’s yeast) all evolved from a common ancestor, Genetic information in DNA converts to RNA to protein, and that basic function is conserved through these gene activators across three kingdoms of life, before plants, animals and fungi diverged.”

The main application of this research is to enhance the growth and productivity of crop plants in order to increase their yield. For example, crop plants that are planted too close together are able to detect the presence of shadows cast by their neighbors and then to alter their growth pattern to avoid the shade.

This may result in plants that grow long stems to reach unshaded patches of sunlight. If the stems are not edible then the energy used to grow them is wasted energy. It would be preferable if the plant channeled this energy instead into producing edible parts, such as fruits, seeds or leaves.

“You don’t want only stems to grow, you want yield,” explained Professor Chen. “For that, plants need energy to make leaves so they can increase photosynthesis, the process of making food out of sunlight. You want the right part of the plant to grow.”

By reducing the activity or concentration of PIF proteins, Chen’s group demonstrated they could slow down stem growth. Ultimately, the study has uncovered a precise way to make the plants grow shorter, so that seeds, fruit and edible portions of the plant could grow, even in shade.

“Now we know how plants turn genes on and off in response to changes in light and temperature,” said Professor Chen. “It’s the first step toward controlling their responses to light and temperature, and making them more tolerant of different, sometimes challenging environments in a changing climate.”