Acropora corals are thriving in Belize yet vanishing from nearby reefs • Earth.com 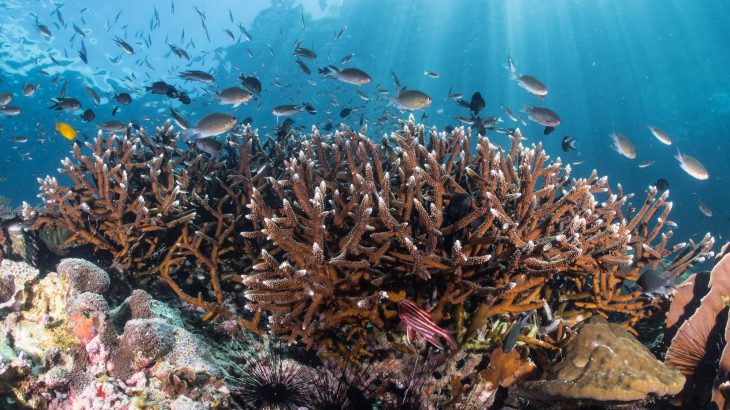 Since the 1950s, Acropora corals have shifted from being very abundant to becoming rare in the Caribbean region of the North Atlantic Ocean. In a new study published by PLOS, scientists have discovered a coral reef in Belize where Acropora corals appear to be thriving, despite their widespread destruction in surrounding reefs that have endured the same pressures.

A team of scientists led by Lisa Greer from Washington and Lee University set out to gain a better understanding of the resilience and lifespan of the remaining Acropora reefs in the western Caribbean, which is critical for protecting them.

The experts evaluated one of the region’s largest surviving populations of Acropora cervicornis to determine whether it was recently established or if it was a long-lived, stable population.

The research was focused on 232 samples of premodern and recently dead A. cervicornis coral skeleton material that the experts collected at three sites across the Coral Gardens Reef in Belize. The team used a new genetic-aging technique to identify key sites where samples could be obtained while minimizing damage to the living coral.

The researchers also determined that Coral Gardens Reef has been home to consistent and sustained living Acropora corals throughout the 1980s and up to at least 2019, but they could not exclude the possibility of short gaps in the presence of A. cervicornis prior to 1980.

However, the radiometric ages and continuous coral growth patterns found at the sample sites strongly suggest that Acropora corals have been growing and thriving at Coral Gardens for over 100 years.

The experts are not yet sure why this particular site in Belize seems to be a refuge for Acropora corals, considering that it has been subject to the same temperature changes and tropical storm activity as nearby reefs – where coral populations have been devastated. A breakthrough on this topic could be key to future efforts to grow, conserve, and re-establish Caribbean reefs by identifying sites similar to Coral Gardens Reef.

“Now that we have identified an exceptional refuge for Caribbean Staghorn corals, we hope to better determine, in collaboration with reef scientists with many additional interests and expertise, the sources for success at Coral Gardens,” wrote the researchers.