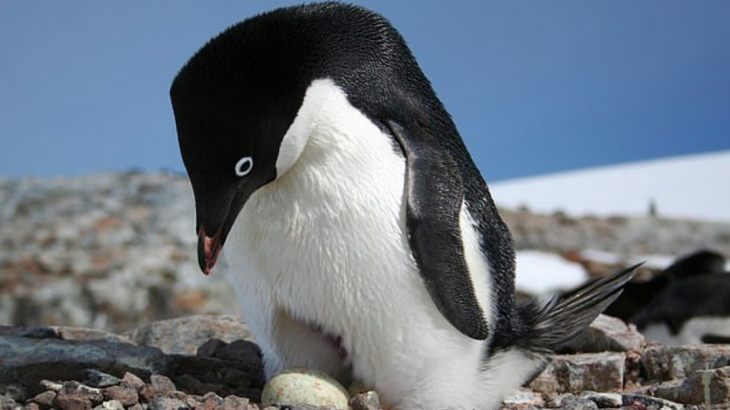 Earlier this year, around 1.5 million Adélie penguins were discovered among a stretch of small Antarctic islands known as the Danger Islands. A new investigation into this supercolony has revealed that the penguins have lived in this region completely undetected for at least 2,800 years.

The penguins were found using satellite images after a NASA scientist developed an algorithm which automated their detection by recognizing penguin poop, or guano. Heather Lynch, who is an ecologist at the Stony Brook University, said that the experts thought they knew where all the penguin colonies were in this part of the world.

However, the new computer algorithm flagged major hotspots of penguin waste across the Danger Islands, which is when Lynch and her team became aware that the supercolony existed.

“We, I think, had missed it in part because we hadn’t expected to find them there,” said Lynch. The Danger Islands are extremely remote and difficult to access because they are usually covered in a thick layer of sea ice.

After discovering the extent of penguin waste in the area, the research team took a trip to survey the site both on the ground and also using drones. According to Live Science, Lynch said: “In this area that’s so small that it doesn’t even appear on most maps of the Antarctic, live more Adélie penguins than the rest of Antarctica combined.”

Looking at satellite images dating back to 1982, the team found evidence that the Adélie penguin populations likely peaked in the 1990s and have been on a slow yet steady decline ever since.

For the current study, the researchers used four decades of satellite images to analyze what the penguins had been eating based on the color of their poop. “Penguin guano ranges from white to pink to dark red,” said Lynch. “White guano is from eating mostly fish; pink and red would be from eating mostly krill.”

The investigation revealed that the were no changes in the penguins’ diets over the years. The study was led by Casey Youngflesh, a postdoctoral researcher at the University of Connecticut.

“It is interesting that no obvious trend in diet was seen over time, despite changes in the physical environment,” said Youngflesh. “This was a big surprise, since the abundance and distribution of Adélie penguins has changed dramatically over the last 40 years and scientists had hypothesized that a shift in diet may have played a role.”

“These findings are important for our understanding of how the Antarctic ecosystem functions and how this system might change in the future.”

The research was presented December 11 at the annual meeting of the American Geophysical Union in Washington, D.C.