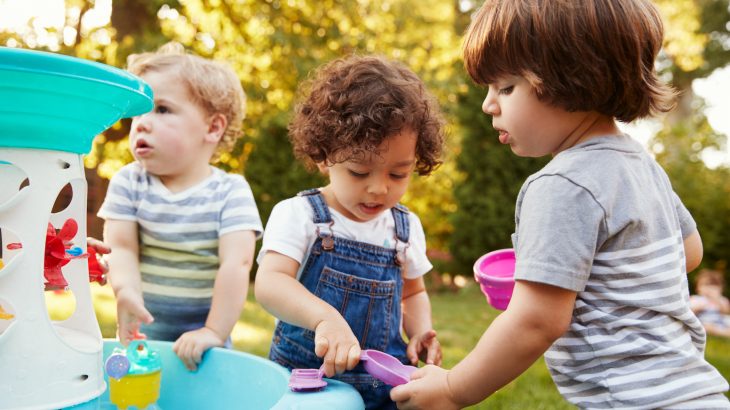 For parents, deciphering the high-pitched ramblings of their 2-year-olds is difficult enough. But now imagine having to tell the difference between your own child’s voice from 50 other toddlers.

This was the main premise for a study conducted by researchers from the University of Toronto.

Adults can easily decipher voices and can recognize the difference between one person’s speech and another’s, but the researchers were curious about how people processed and recognized the speech of toddlers.

“What we found with two-and-a-half-year-olds is that it’s amazingly hard for adults to identify who’s talking,” said Angela Cooper, a researcher at the University of Toronto who focuses on speech perceptions and a co-author of the study.

The study will be presented at the Acoustical Society of America’s 176th Meeting this week.

Cooper created an interactive space alien computer game for the study, and 50 native English speaking parents were asked to play the game with their 2 and half-year-olds.

The game recorded both the children and parents as they said 32 different words such as tree, dog, ball, and elephant.

After each parent-child pairing completed the recordings, the researchers then had undergraduate students from the University of Toronto listen to the recordings.

Each student listened to 80 pairs of words spoken by 20 of the children. The students had to say whether the same or a different voice was speaking the word. Another experiment using the same set-up but with 20 adult recordings was also part of the study.

“Listeners were significantly worse at telling apart child voices relative to adult voices,” said Cooper. “I find it particularly interesting that the participants’ ability to identify adult voices was not related to their ability to identify children’s voices. You’re maybe using different information, or you’re processing things slightly differently when you’re listening to an adult voice versus when you’re listening to a child’s voice.”

Next, the researchers conducted a training session with the student participants and had each student listen to four different child and four different adult voices.

This helped with recognizing different voices, but the students were still better at identifying adult voices.

“Part of this training process is re-tuning what speech cues we need to pay attention to,” said Cooper.  “Often children have particular mispronunciations. Some kids will say ‘poon’ instead of spoon, or elephant becomes ‘ephant.’ We might be actually cuing in to which child makes different kinds of errors.”

The researchers are continuing their work and are planning several follow-up studies that will measure pupil-dilations to see how adults process and differentiate toddler voices.