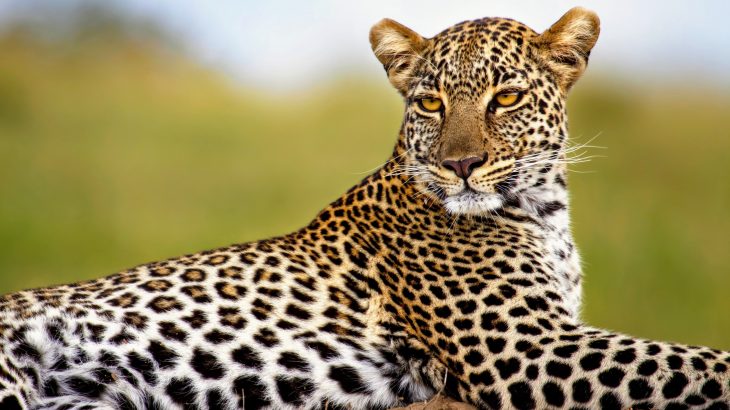 Researchers at the University of Copenhagen have found that the genetic diversity of African leopards is surprisingly high compared to that of other big cat species.

Genetic diversity is a very important factor that influences a species’ ability to survive and adapt to future changes.

The specialized diet of large carnivores, combined with their position at the top of the food chain, usually leads to small population sizes. As a result, top predators tend to have lower genetic diversity than animals that are farther down the food chain.

“We found that during hundreds of thousands of years, African leopard populations remained large. We think that this reflects the versatility of the species, feeding on a wider variety of prey than any of the other large predators.”

For the investigation, the researchers sequenced the complete genomes of 53 African leopards and compared them to that of other big cats. African leopards were found to not only have greater levels of diversity, but also fewer genetic barriers compared to other African mammals.

“We believe that during evolutionary history the leopard roamed the African continent more freely than almost any other mammal species, exchanging genetic material throughout,” explained study co-author Kristian Hanghøj.

“It has a unique ability to succeed in almost any habitat and climate and neither rain forests, nor deserts seem to have blocked the movements of leopards over the millennia.”

According to the researchers, the findings demonstrate how the ecology of a species, such as how “picky” it is about its habitat and prey, can influence genetic diversity.

The remarkably high genetic variation that has been discovered in African leopards may give these animals an evolutionary advantage in handling environmental challenges, including climate change and habitat loss. On the other hand, habitat fragmentation is a severe threat to all large animals, even those the are coping as well as the leopard.

Human-induced habitat changes may be occurring at a rate that is simply too fast for wild animals to survive. Previous studies have shown that African leopards have lost 48 to 67 percent of their natural habitat over the last 300 years.

“To place our results into a greater context, we emphasize that the African leopard is also facing severe threats to its survival, despite being sort of an evolutionary success”, finishes Patrícia Pečnerová.