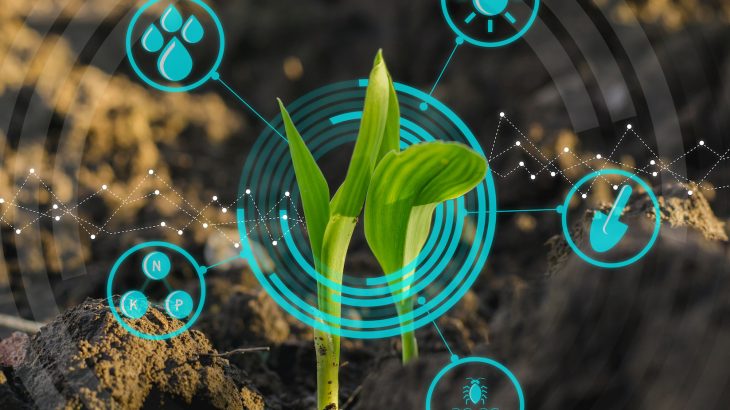 The world is in the midst of a major shift in agricultural innovation, and advances in technology could soon help create more sustainable agricultural practices while improving productivity and continuing to meet food demands.

The world has undergone three major agricultural revolutions in the past.

The first was when our early ancestors switched from hunting and gathering to permanent settlements, the second occurred in the 18th century during Britain’s Agricultural Revolution, and the third was the result of advances in mechanization and the Green Revolution.

Now, we are undergoing a fourth agricultural revolution driven by huge advances in smart technology, and a new report shows that agricultural advancements in technology must consider both the benefits and more importantly the negative impacts.

Responsible innovation needs to be a priority, according to researchers from the University of East Anglia, who wrote the article published in the journal Frontiers in Sustainable Food Systems.

Policymakers as well innovators should be conscious of the social impacts of smart technology, as countries and organizations make smart “agri-tech” a priority investing time and money in new technologies like artificial intelligence and robotics.

“All of these emergent technologies have uses in farming and may provide many benefits,” said David Rose, a co-author of the new article. “For example, robotics could plug potential lost labour post-Brexit in industries such as fruit picking, while robotics and AI could enable better chemical application, saving farmers money and protecting the environment. They could also attract new, younger farmers to an ageing industry.”

Along with these positive benefits to agriculture, Rose stresses that there will also be losses and negative impacts that need to be addressed before the widespread implementation of new technology.

“In light of controversial agri-tech precedents, it is beyond doubt that smart farming is going to cause similar controversy,” said Rose. “Robotics and AI could cause job losses or change the nature of farming in ways that are undesirable to some farmers. Others might be left behind by technological advancement, while wider society might not like how food is being produced.”

The researchers propose that farmers be included in public decisions and that new technology should be implemented responsibly.

“We therefore encourage policy-makers, funders, technology companies, and researchers to consider the views of both farming communities and wider society,” said Rose. “We advocate that this new agricultural tech revolution, particularly the areas funded by public money, should be responsible, considering the winners, but particularly the potential losers of change.”