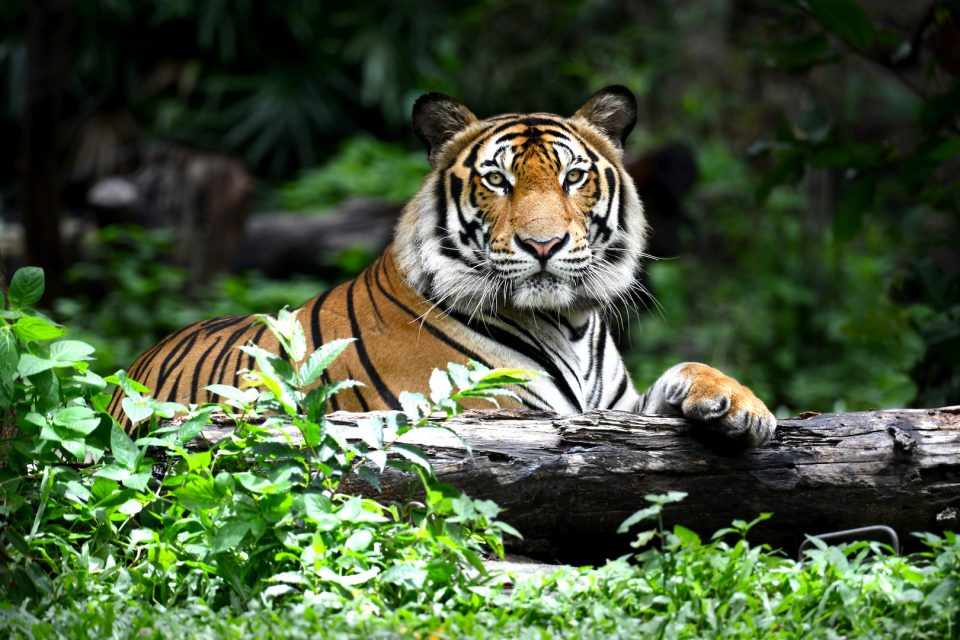 Global tiger populations have been on a steep decline as poaching, habitat loss and human-wildlife conflict continue to decimate the species.

While poaching is seen as the most severe threat, habitat loss exacerbates the other threats by pushing tigers closer to humans where they can be killed by poachers or during human-wildlife conflicts. But agroforestry has been used as a solution to benefit both humans and tigers by creating new habitats.

Today, there are fewer than 4,000 tigers left in the wild who inhabit less than 6% of their historic range. In the past century, we have lost over 95% of the world’s wild tiger population, according to World Wildlife Fund.

These numbers paint a grim picture for the future of tiger conservation. But in recent years, the tiger has seen some conservation wins.  In 2010, the thirteen tiger range countries made an unprecedented pledge to double the world’s tiger population by 2022. India has already seen their tiger population increase from 1,411 in 2006 to 2,226. The uptick is due, in part, to agroforestry, reports Scientific American.

Agroforestry is also prominent in Sumatra, Indonesia which is home to the critically endangered Sumatran tiger.

Agroforestry is a land-use system that integrates agriculture and forestry by planting trees and shrubs around crops. This system diversifies the farmers’ agricultural outputs, provides an alternative to cutting down trees in the forest and enriches the local ecosystem by increasing soil, air and water quality. Agroforestry is hardly new; it has been used in the United States and abroad for centuries. But the system is gaining traction for its contribution to biodiversity conservation.

Many species, such as tigers, are seeing their habitats rapidly decline and degrade throughout their ranges. This habitat loss can reduce animals’ access to resources and isolate them into small, fragmented habitats. Compounding this issue further is the ever-growing human population that needs more space for homes, farms and roads.

Agroforestry works to counteract habitat loss by creating a buffer zone between humans and tigers. The tigers can roam the buffer zone and connect to previously fragmented habitats. Additionally, conservationists argue that agroforestry will decrease deforestation by allowing farmers to harvest their own wood instead of relying on forests.

One study found that agroforestry built around protected habitats could reduce the chances of tiger extinction in Sumatra. In contrast, researchers found that surrounding protected areas with single-use land resulted in the extinction of tigers in their model.

A study found that 47% of victims of human-tiger conflicts during a 20-year period in Sumatra, Indonesia were at the forest edge, 26% were in agricultural fields and 21% were in a forested area. Only 6% of victims were attacked in a village. The authors see the conservation value in agroforestry but stress the importance of addressing human-wildlife conflict in these systems.

By addressing human-wildlife conflict, conservationists will not only protect community members but also foster support towards tiger conservation. After all, tigers need all the help they can get.