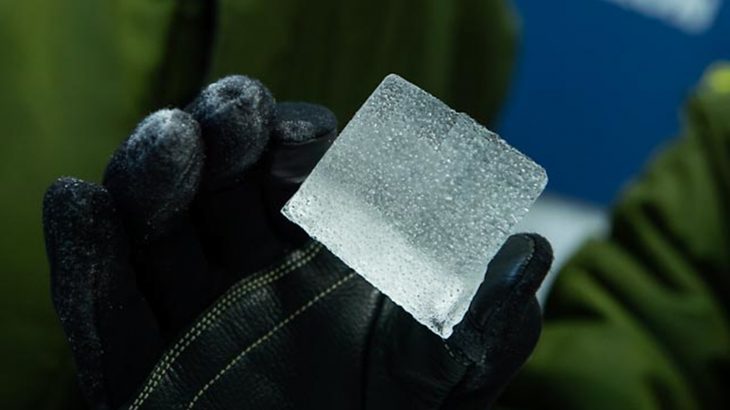 A team of international scientists were able to measure how “bad” ozone levels have increased since the Industrial Revolution by studying ancient oxygen molecules trapped in air bubbles within old layers of snow and ice.

“We’ve been able to track how much ozone there was in the ancient atmosphere,” said lead author Laurence Yeung, a geochemist from Rice University. “This hasn’t been done before, and it’s remarkable that we can do it at all.”

The team combined their new data with state-of-the-art atmospheric chemistry models to determine that ozone levels in the lower atmosphere, also known as the troposphere, have increased by about 40% since 1850.

“These measurements constrain the amount of warming caused by anthropogenic ozone,” Yeung continued.

He explained that the most recent estimate from the Intergovernmental Panel on Climate Change (IPCC) predicted that ozone in the troposphere is contributing 0.4 watts/square meter of radiative forcing to Earth’s climate. However, the margin of error for that estimate was 50% (0.2 watts/square meter).

“That’s a really big error bar,” Yeung said. “Having better preindustrial ozone estimates can significantly reduce those uncertainties. It’s like guessing how heavy your suitcase is when there’s a fee for bags over 50 pounds. With the old error bars, you’d be saying, ‘I think my bag is between 20 and 60 pounds.’ That’s not good enough if you can’t afford to pay the penalty.’”

The majority of the Earth’s ozone resides in the stratosphere, where it’s considered “good” ozone because it blocks most of the sun’s ultraviolet radiation, thus making Earth habitable. The rest of the ozone lies in the troposphere, closer to Earth’s surface, where it is labelled “bad” due to its harmful reactivity that affects plants, animals, and humans. When you think of tropospheric ozone, think smog in urban areas.

“The thing about ozone is that scientists have only been studying it in detail for a few decades,” Yeung said. “We didn’t know why ozone was so abundant in air pollution until the 1970s. That’s when we started to recognize how air pollution was changing atmospheric chemistry. Cars were driving up ground-level ozone.”

Pre-1970s, “starch-paper tests,” where paper changes color after reacting with ozone, were used to measure ozone. But these tests are incredibly unreliable because of the barrage of outlying factors that could have influenced the results.

“But [starch-paper tests] suggest, nevertheless, that ground-level ozone could have increased up to 300% over the past century,” Yeung said. “In contrast, today’s best computer models suggest a more moderate increase of 25-50%. That’s a huge difference. There’s just no other data out there, so it’s hard to know which is right, or if both are right and those particular measurements are not a good benchmark for the whole troposphere.”

To find new data, Yeung and his colleagues looked to ozone’s wake — the traces it leaves behind in oxygen molecules.

“When the sun is shining, ozone and oxygen molecules are constantly being made and broken in the atmosphere by the same chemistry,” Yeung said. “Our work over the past several years has found a naturally occurring ‘tag’ for that chemistry: the number of rare isotopes that are clumped together.”

These clumps are molecules that have the usual two atoms for molecular oxygen, but they also have rare isotopes of those atoms rather than the commonly found ones. These isotope clumps are called oxygen-18 because they contain two additional neurons in comparison to the common oxygen-16 atom.

Yeung and his team studied how many oxygen-18 clumps are in a given sample of air, and found that isotope clumps in molecular oxygen vary in number depending on where ozone and oxygen chemistry occurs. The odds of an oxygen-18 pair forming in the lower stratosphere are slightly increased due to the cold. However, where it is warmer in the troposphere, fewer oxygen-18 pairs get the chance to form.

During the Industrial Revolution in the mid-19th century, people began adding more ozone into the troposphere, and therefore, the number of oxygen-18 clumps should have decreased. The molecules found in ice confirm just that.

“We constrain the increase to less than 40%, and the most comprehensive chemical model predicts right around 30%,” Yeung said.

“One of the most exciting aspects was how well the ice-core record matched model predictions,” he continued. “This was a case where we made a measurement, and independently, a model produced something that was in very close agreement with the experimental evidence. I think it shows how far atmospheric and climate scientists have come in being able to accurately predict how humans are changing Earth’s atmosphere — particularly its chemistry.”

The findings are published in Nature.