Air leak on the ISS was likely caused by meteorite collision • Earth.com 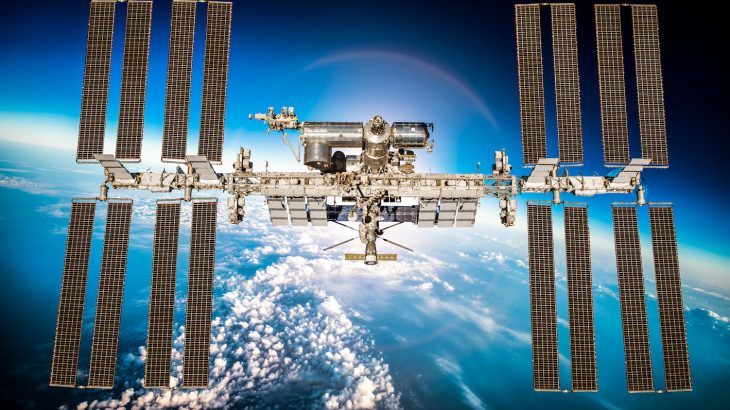 Air leak on the ISS was likely caused by meteorite collision

Flight controllers for the International Space Station (ISS) discovered that there was a leak in the Soyuz spacecraft when it began to lose pressure on the morning of August 30, 2018. The crew located a hairline fracture, which was likely caused by an impact with a small meteorite, and is now working to patch the tiny hole.

Dmitry Rogozin is the Director General of Roscosmos, the state corporation responsible for Russia’s space program.

“Overnight and in the morning there was an abnormal situation – a pressure drop, an oxygen leak at the station,” Rogozin told Russian news agencies. “A micro fracture was found, most likely it is damage from the outside. The design engineers believe it is the result of a micrometeorite.”

Rogozin, as well as NASA and the ESA, have all made statements that the astronauts are not currently in any danger.

“The crew are healthy and safe with weeks of air left in the International Space Station reserves,” said ESA officials. “The leak has been identified and repair procedures are ongoing.”

The astronauts will patch the fracture from the inside of the Soyuz spaceship. According to ABC News, the crew has packed a cloth covered in sealant against the hole to temporarily seal the leak. Flight controllers will continue to monitor the air pressure in the Soyuz until the hole is permanently sealed.

Russian-built Soyuz rockets have been escorting astronauts to the ISS since 2011, and at least one Soyuz spacecraft remains docked at the station at all times to provide a safe escape for the crew in case of an emergency.