Alcohol or nicotine use in the evening can sabotage sleep quality • Earth.com 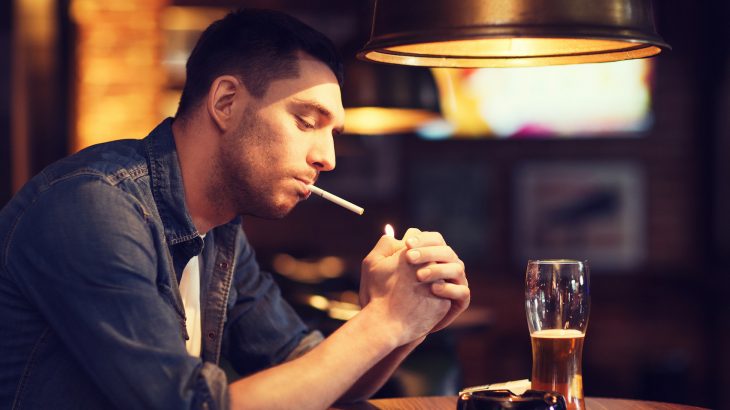 Alcohol or nicotine use in the evening can sabotage sleep quality

Alcohol or nicotine use in the evening can sabotage sleep quality. As many as 70 million Americans have a sleep disorder, and chronic sleep deprivation is linked to many serious conditions including heart disease, high blood pressure, diabetes, and certain cancers.

While many studies have investigated the potential for alcohol, caffeine, and nicotine to disrupt sleep, the population samples were not racially or ethnically diverse. A new study from Florida Atlantic University is the largest of its kind to examine how one or more of these drugs in the evening may influence sleep among African Americans.

Using sleep trackers concurrently with daily sleep journals, the researchers analyzed the effects of drug consumption on sleep duration and quality. For more than 5,000 days, hundreds of study participants wore sleep sensors and recorded how much alcohol, caffeine, or nicotine they consumed within four hours of bedtime in their sleep journals.

The consumption of caffeine in the evening was found to have no influence on any of the sleep parameters examined. However, the researchers pointed out that some individuals are more sensitive to caffeine than others and dosing could have also made a difference in the outcome.

Both nicotine and alcohol use within four hours of bedtime led to worse sleep continuity, and these effects were found to remain consistent regardless of age, gender, obesity, depressive symptoms, and other factors.

Furthermore, nicotine appeared to have the strongest association with sleep disruption, and the team observed a statistically significant interaction between evening nicotine use and insomnia. Among the individuals who experienced insomnia, nightly nicotine use was associated with an average loss of 42 minutes of sleep.

The findings from this study are particularly important because they were observed in individuals who were not diagnosed with any sleep disorders and who generally had high sleep efficiency.

“African Americans have been underrepresented in studies examining the associations of nicotine, alcohol, and caffeine use on sleep,” said study lead author Dr. Christine E. Spadola. “This is especially significant because African Americans are more likely to experience short sleep duration and fragmented sleep compared to non-Hispanic Whites, as well as more deleterious health consequences associated with inadequate sleep than other racial or ethnic groups.”